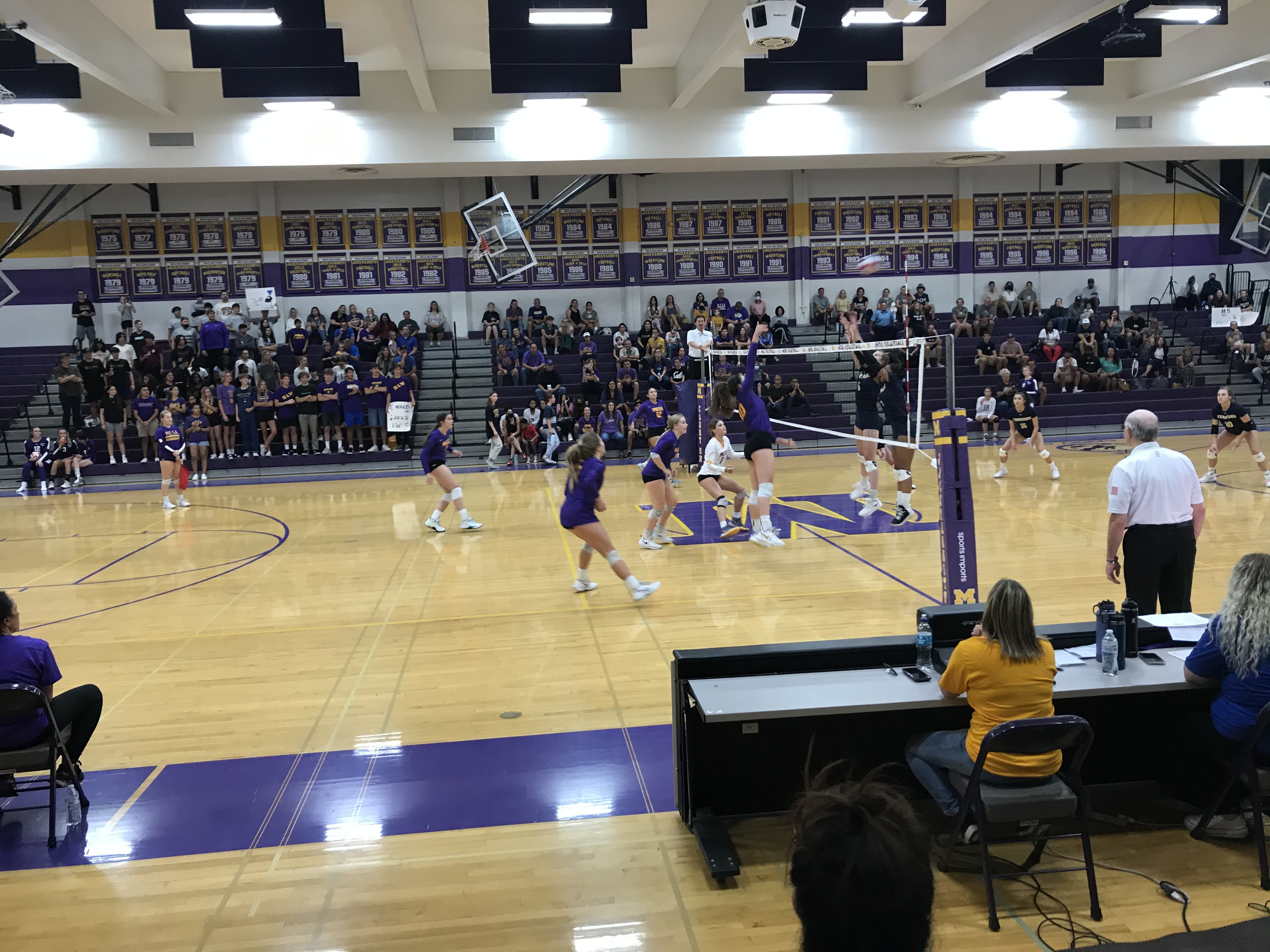 Mesa and Desert Vista battle in their season-opening match at Mesa HIgh. The Thunder came away with a 3-0 victory. (Azpreps365 photo)

Veteran coaches went at it Tuesday night at Mesa High with Mesa sporting a new coach with a long history in Vee Hiapo and Desert Vista starting a new era with Audra Slemmer - just the second girls volleyball coach in the Thunder's 25-year history.

Desert Vista presented Slemmer with the victory as the Thunder swept past the Jackrabbits, 25-15, 27-25, 25-22 in the season opener for the the teams.

Slemmer, who played on a state championship team in 2001 at Mountain Pointe where she currently teaches, took over for retired coach Molly West this season. Hiapo knows about championships, too, having mentored mostly boys teams. Hiapo has claim to three titles at Highland High (2004, 2005, 2013) and additionally three runner-up finishes.

Slemmer was glad to notch a win out of the gate.

"It's a good win for us," Slemmer said. "I little tighter than I had hoped, but all good."

Leading the way for Desert Vista was senior outside hitter Kylie Moran, the top returning hitter from 2020. Moran notched 18 kills, many of them the final two sets when the sets were tighter. Junior Neyah Davison chimed in with 12 kills. Davison delivered the set clinching server in the second set and the match closing kill in the third. Senior libero Kate Morin led defensively with 10 digs and senior Sabrina Galassi contributed three aces.

Hiapo summed up Mesa's first match saying there's "lots to learn and lots to do". But she is a bit awestruck taking the reins as coach of boys and girls programs this season.

"The structure and history here is really something," Hiapo said.

Mesa could have stretched the match beyond three sets, but wasn't able to make the plays when 25 was at hand. Mesa was up 24-23 in the second, but had two players collide to lose a chance to win. The Jackrabbits rallied from down six (17-11) in the third to within 23-22. A hitting error and Davison's knuckling kill dented the comeback effort.

Desert Vista next plays Thursday at Skyline. The Thunder follow up playing Friday and Saturday at Chandler High's House of Payne Invitational. Mesa has a week off until its next match - home vs. Hamilton on Sept. 8.