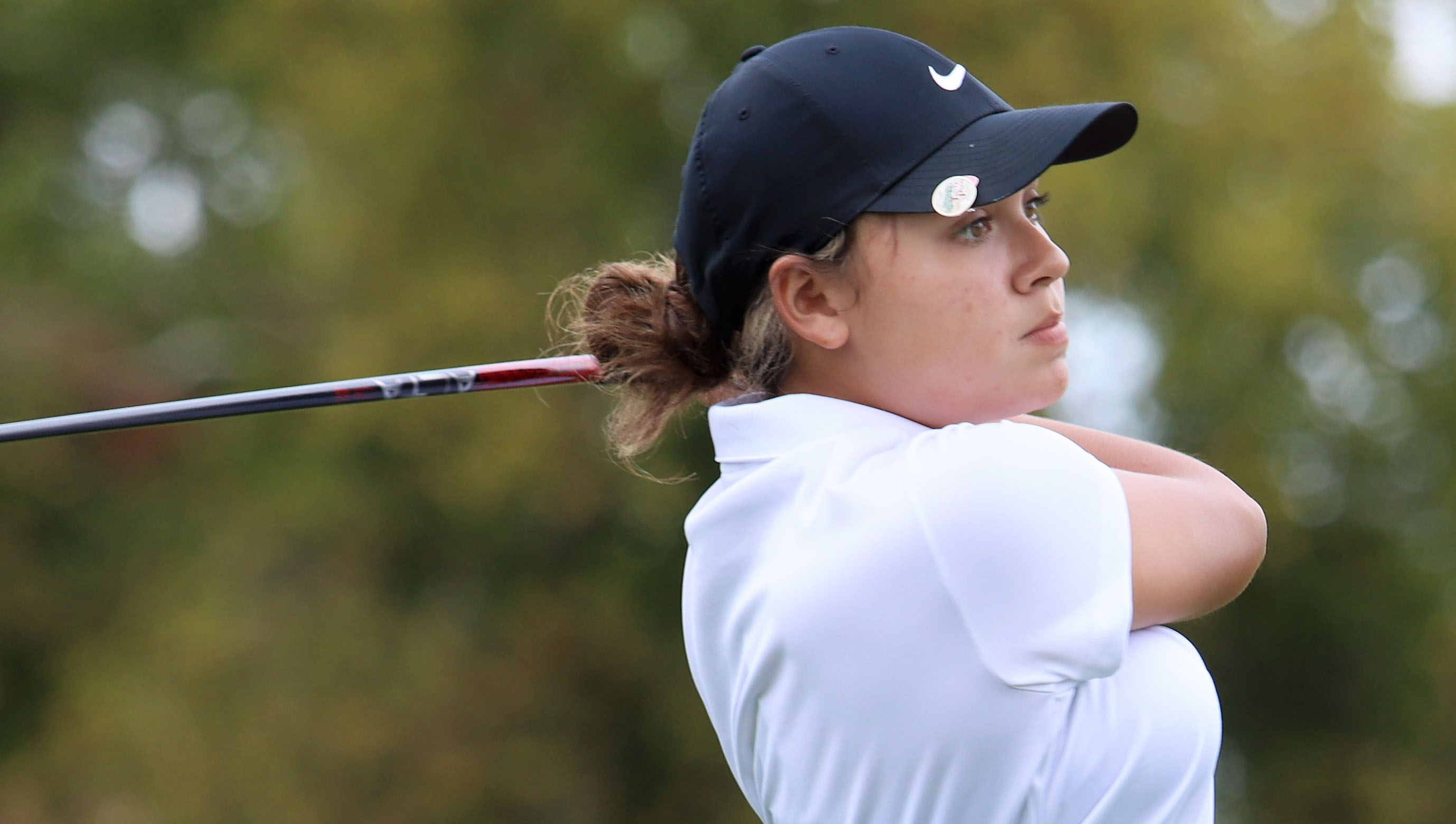 Sahuarita head coach Scott Jessee spent his first year on the job teaching four athletes how to play the long and short game at a driving range because there were no actual matches to be had. That was four years ago and Jessee has seen a real transformation firsthand. What was once four is now 13 and what was once hitting countless balls out of a bucket has turned into finding room for a trophy case.

The Mustangs won the Division II, Section II championship this fall over Sabino, Walden Grove, Cienega, Nogales and Sahuaro. The Mustangs didn’t qualify for a spot in the state championship as a team this year but the program brought home a championship from the Flowing Wells Tournament of Champions in September with freshman Paola “Torrey” Guerrero earning the first individual title in program history and she wasn’t finished.

“Torrey is a great young talent, with serious potential, as she displayed by finishing 23rd at the state tournament as a freshman,” Jessee said. “Many of our girls are multi-sport athletes, which makes it tough to practice golf as much as we like. Our goals are to practice and play more in the off season and make it to State next year as a team.”

Guerrero was one of 18 individual qualifiers to the Division II state meet held at the Omni Tucson National and she entered the tournament ranked No. 33 in the division. She shot a 20-over-par 166 (81-85) on the Catalina Course to end the year No. 23 in the state.

“In a short time, these young ladies have developed into a real team,” Jessee added. “They make me proud for the way they've learned the game that most had never played. Before each match we always say, ‘have fun, be positive, and encourage your opponents.’ Pretty good words to live by not only in golf.”

CONGRATULATIONS To the SHS Girls Golf Team winning the Region Championship in only year number 3 of the program! Way to go Ladies and Coach Jessee! pic.twitter.com/lSSI5QdjJC