Eastmark punches ticket to 3A state finals, rolls past Lions 45-10 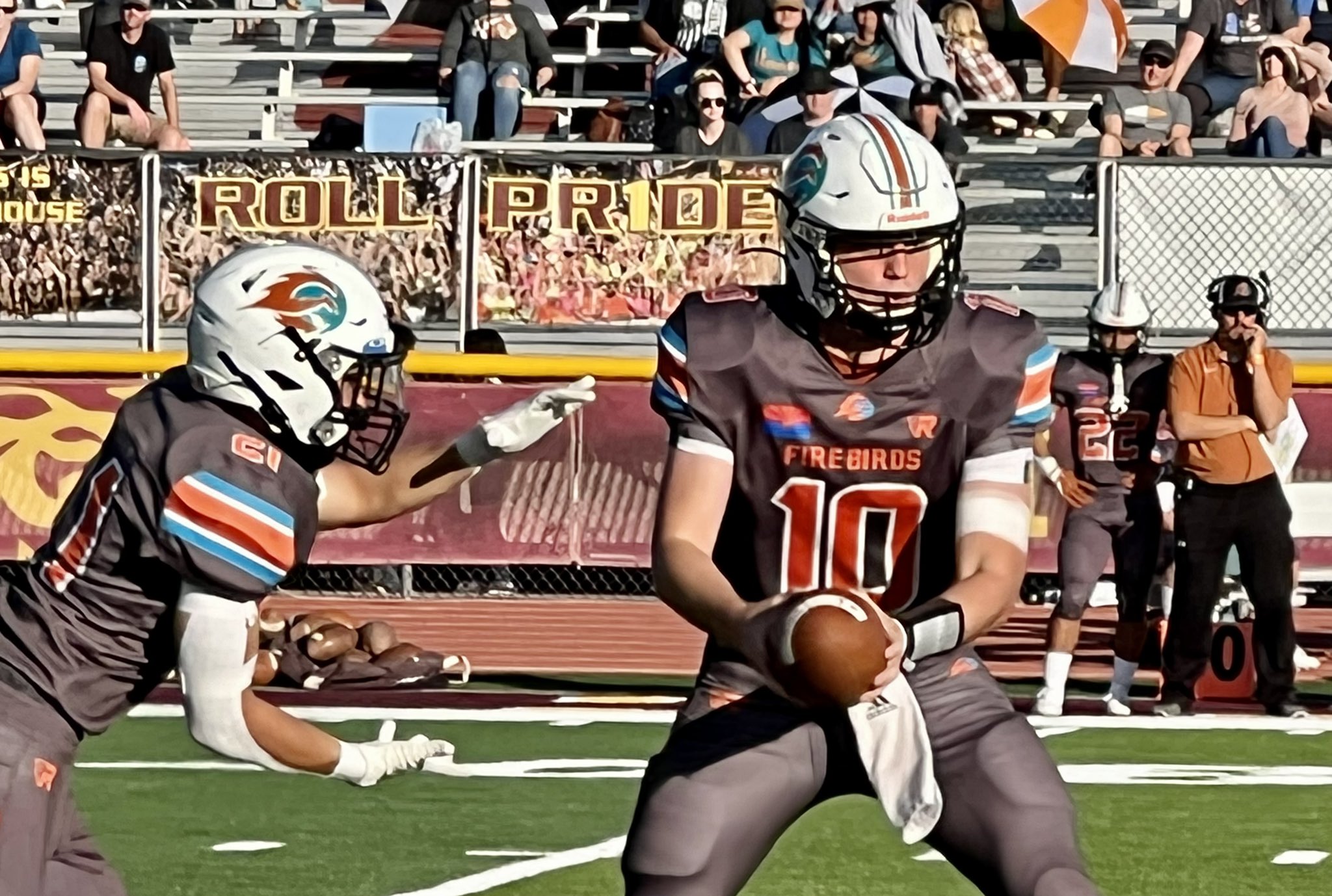 Eastmark quarterback Mack Molander (10) looks to handoff to Coleman Samples (21) as the Firebirds take on Pusch Ridge in the 3A state semifinals Saturday, Nov. 19, 2022, in Phoenix. (Andy Morales/AzPreps365)

PHOENIX — Austin Johnston scored three touchdowns and nabbed an interception late in the fourth quarter to lead Eastmark to the 3A state finals with a 45-10 win over Pusch Ridge on Saturday afternoon.

To begin the second quarter, Johnston scored on a 4-yard run to put the Firebirds up 7-3. He later caught a 30-yard touchdown pass from quarterback Mack Molander with 1:12 to play in the first half.

The same two hooked up with 10:46 to play in the game on a 58-yard strike down the left side of the field on a go-route they ran four plays earlier that earned them a pass interference call.

Johnston’s third touchdown of the afternoon put Eastmark up 31-10, and they never looked back.

Molander completed 12 of 18 passes for 216 yards and two touchdowns, while recording 65 yards rushing on nine plays to go along with another score.

With 2:39 to play in the game, Eastmark defensive tackle Israel Krize was taken by stretcher off the field by local first responders in a near 20-minute delay. The officials held a short conference together before the injured player was taken off the field and called the game.

It was not reported what the injury was.

Brysen Barrios had 18 carries for 100 yards against Eastmark, but he did not score despite collecting 18 prior to Saturday’s contest.

The 3A state finals are set for Saturday, Nov. 26, at Desert Vista High School. Kickoff is set for 6 p.m.