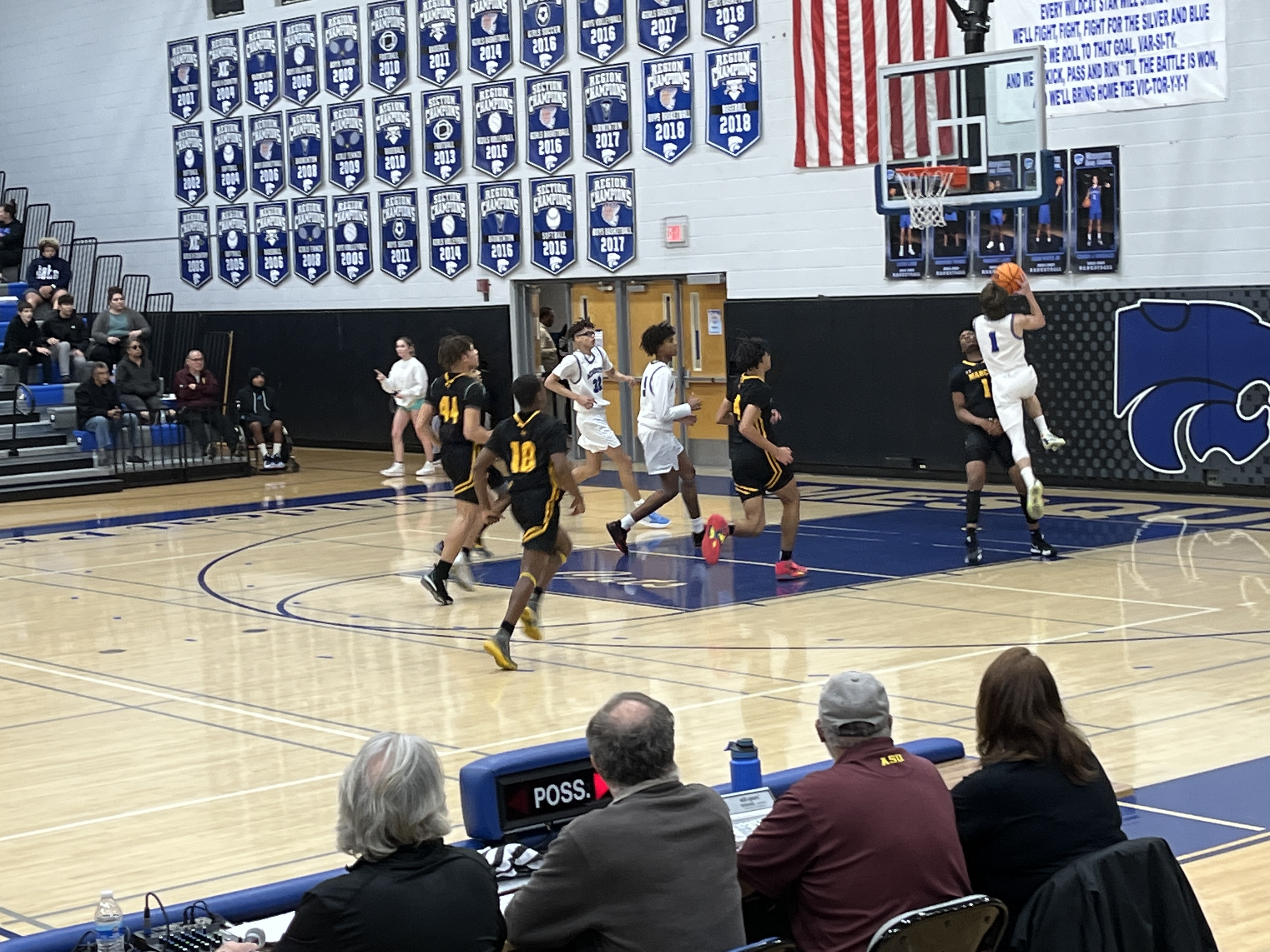 Mesquite's boys basketball team didn't dally taking command of its 4A Desert Sky Region game on Friday night. Halfway through the first period the Wildcats owned a 13-2 lead over Marcos de Niza. Their double-digit margin remained intact from that point as they cruised to to a 68-43 victory at Mesquite.

Mesquite, #6 in the latest 4A power-rankings and the defending 4A state champions, remained unscathed in region play. Shawn Lynch's Wildcats are 17-6 overall and 7-0 in region and have won 10 of their last 11 games. Marcos de Niza lost its fourth consecutive game and dipped under the .500 mark for the season at 11-12. The Padres, #27 in the power-rankings, are 1-5 in region.

Three players scored in double figures for Mesquite. Senior CohenJ Gonzales topped the trio with a game-high 25 points - just shy of his 25.8 scoring average for the season. Nine of his points were tallied in the first quarter that saw the Wildcats build a 22-6 lead. Sophomore Devone Pless added 14 points, 12 in the first half. Junior Jaylen Wollangk chipped in 13 points - six in the first half and seven in the second half. Two players supplied the bulk of Marcos de Niza's scoring - senior Rayvell Suggs (16 points) and senior Charles Clark (12 points).