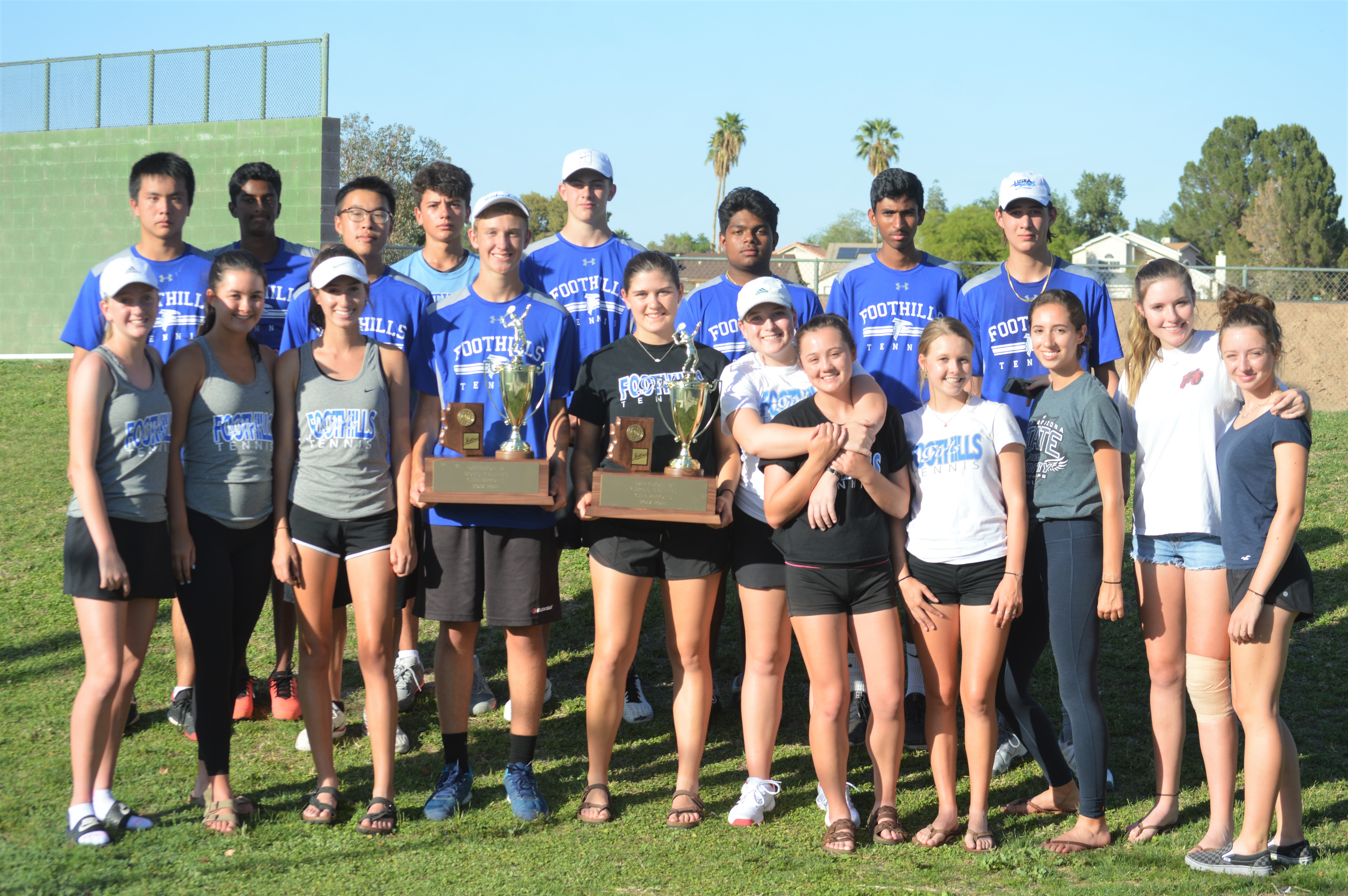 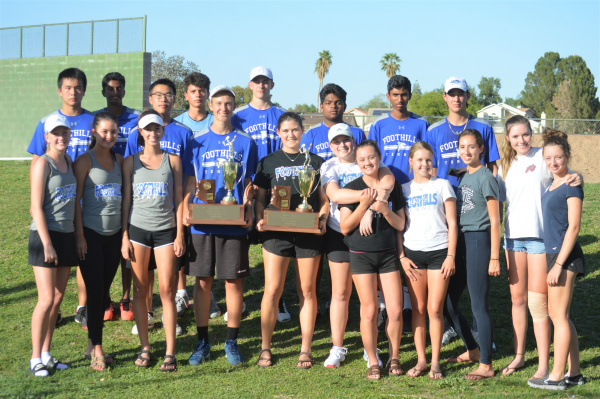 History can be made quickly or it can take time and we had plenty of both Saturday at the Division II and III team tennis championships held at the Paseo Racquet Center.

“It felt like three long years since we won but I’m glad to have it back,” Stevens said. “Two of those years came down to a tiebreaker and that was heartbreaking. It’s nice to get it back.”

The Falcons of Cactus Shadows made their own history by making it to the final round for the first time since 1998.

Andy Fetsis led the Lions to a state championship last year and another this year and he, like Stevens, saw his team sweep the D-III singles and doubles titles. His daughter, Sofia Fetsis, won the state singles title and she carried that over by beating Fofo de Marneffe (6-1, 6-0) on Saturday to set the tone for the rest of her teammates.

As mentioned before, the Pusch Ridge girls won the state singles and doubles championship to go along with their team title and the boys did the same, except it took a bit longer.

The match between Rodriguez and Vikram took three hours to complete and it proved to be the difference in the final score with Spartans taking three singles matches of their own to tie things up 3-3 to force doubles play. Aidan Bossone beat Alex D'Agostino (5-7, 6-2, 6-0), Michael Lemm beat Daniel Rodriguez (6-2, 6-4) and Tej Sareen beat Aaron Reese (6-3, 7-6).

Diego Rodriguez and Noah Jee beat Lemm and Anthony Sominsky (8-3) to put the Lions up 4-3 but Gopakumar and Bossone beat Reese and Daniel Rodriguez (8-3) to make it 4-4. Grammond and Fetsis beat Swenson and Vikram (8-2) for the win.

“This is awesome,” Andy Fetsis said. “I’m proud of the kids for doing something that hasn’t been done since 1988. They worked hard and it was a joy to see it.”

His son, Christian, is a senior and his daughter, Sofia, is a junior

“This was bittersweet because It’s Christian’s last high school game of his career,” Fetsis added. “But I have Sofia for one more year and I know she will fight hard to win another one.”

88 WINS IN A ROW AND COUNTING

The boys at Catalina Foothills won the 13th championship in school history Saturday but it has been a much longer road than the 14 by the girls with the first one coming in 1997. Jeffry Bloomberg took the program over in 2016 and he has three state championships and a 51-0 record to his name.

The win over Salpointe was the 88th win in a row for the Falcons so the streak (going back to 2013) predates Bloomberg but he is in control of the machine.

“The leadership from Mason (Lee) and George (Jiang) has been key for us,” Bloomberg said. “It also says a lot about the history of getting great athletes and good students in our program.”

Jiang won the 2017 singles title and he combined with Lee to win the doubles championship this year but he fell to Salpointe standout Harsh Parikh (6-1, 6-4) on Saturday. Lee beat Jack Mandala (7-6, 7-5) and Brendan Perry beat Jackson Hartenbach (6-1, 6-2) to keep things close. 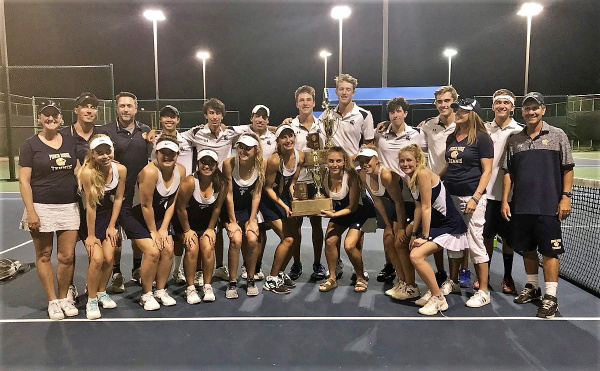