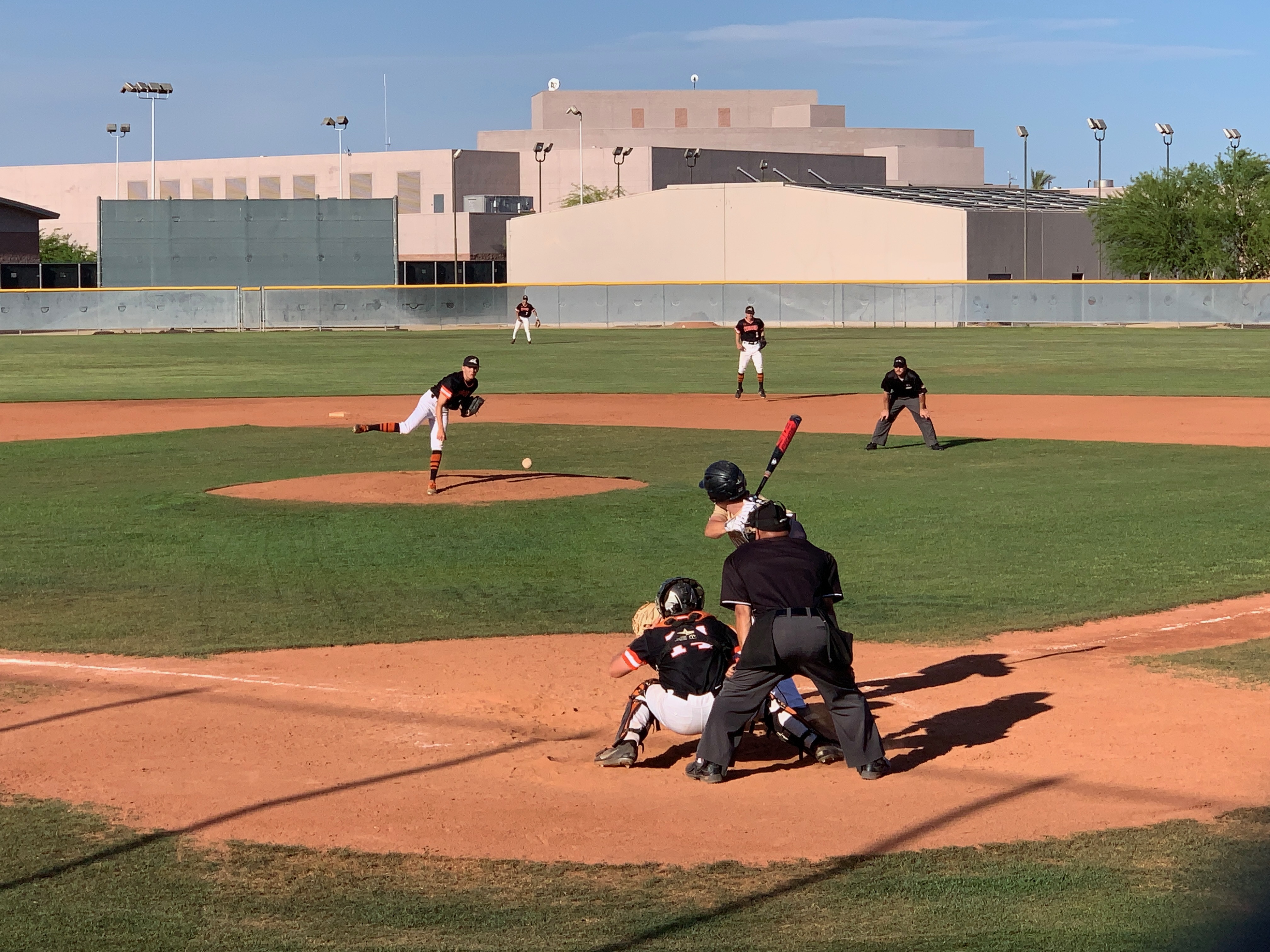 Desert Vista exploded for six runs in the second inning and added five more in the third en route to a 14-0 victory Tuesday over Corona del Sol.

The Thunder’s offense was relentless as every player either got a hit or scored. There were four home runs, with Beau and Eli Ankeney delivering two back-to-back homers in the second inning.

The game was called after four and a half innings due to the Arizona Interscholastic Association’s 10-run rule.

Corona head coach Dave Webb said he had “no clue” what happened to his team, which fielded three pitchers during the game.

Desert Vista head coach Cody Brassfield, on the other hand, knew exactly what happened. His starting pitcher, Brandon “Moose” Childers, pitched a no-hitter (while also hitting a home run in the second inning).

“Brandon did a hell of a job,” Brassfield said. “When we really, really needed it, and that guy needed to be on the mound, he couldn’t have done it any better. He hit a home run, but he also threw a no-hitter. I dream about those games.”

That was a dream Brassfield shared with Childers, who called it a crazy feat he’d never done before. But while he didn’t have many words to describe what it felt like to pull off such an accomplishment, he did have some ideas about how he was able to out pitch Corona so effectively.

“I took it one pitch at a time, just took a deep breath before each pitch,” Childers said. “I made sure I was ready to throw each pitch before I stepped on the mound, and that helped a lot.”

From Webb’s perspective, Corona’s three pitchers will need to hit their marks if the team stands any chance against Desert Vista in their rematch on Saturday, at Chase Field.

“We don’t have big velocity guys, so we’ve got to pitch to spots,” Webb said. “We missed a ton of spots today. And we’ve got to compete at the plate if we want to have a chance on Saturday.”

The game was the most lopsided win and loss for Desert Vista and Corona, respectively, and helped the former team bounce back from two losses to Mountain Pointe. With the rematch looming, Brassfield said it’s a “no-brainer” how much the win has boosted his team’s confidence.

Corona’s next game is at 4 p.m. Thursday at Highland High School, whom they defeated twice last season. Desert Vista, meanwhile, does not play again until their Chase Field rematch with Corona, which starts at 10 a.m. Saturday.