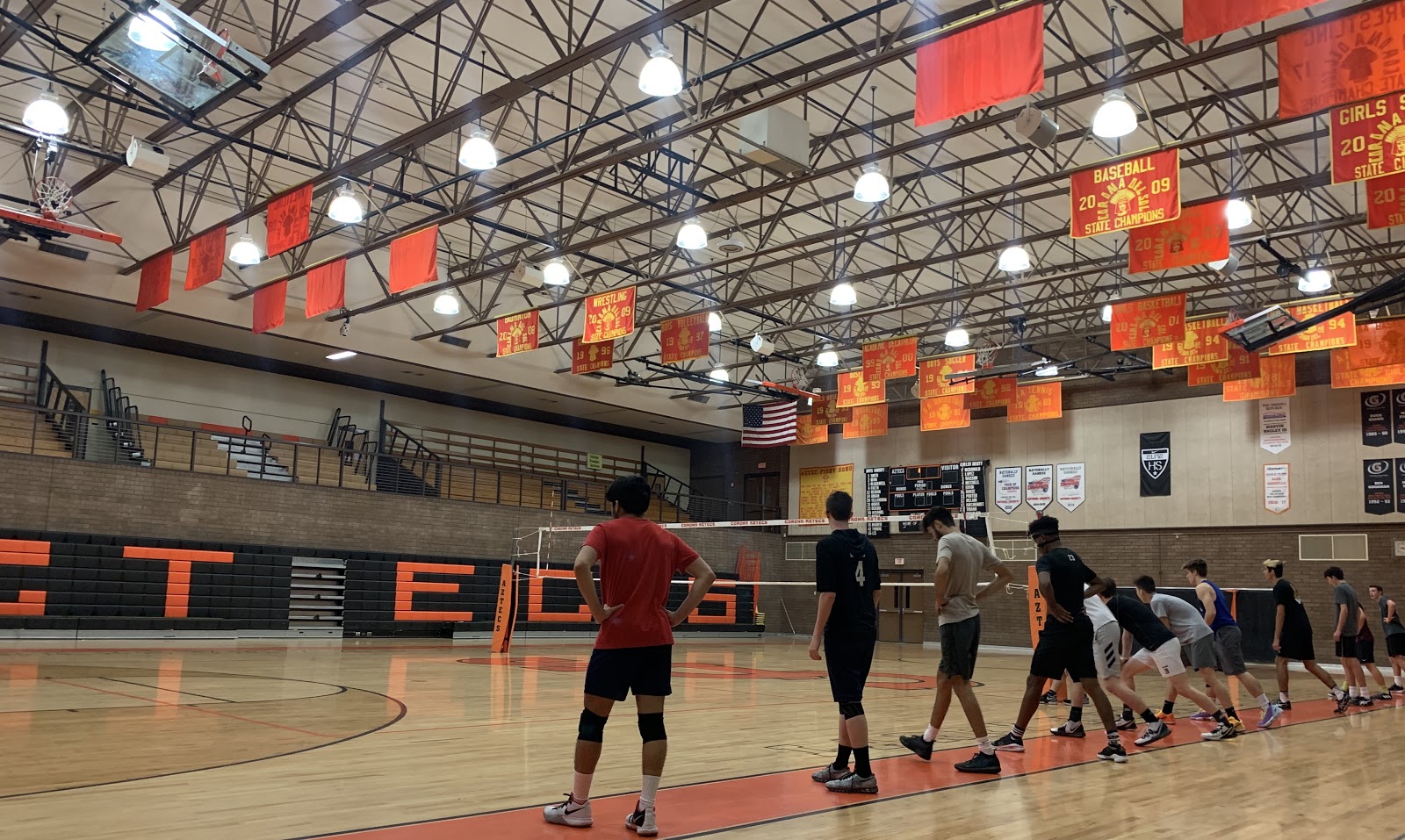 TEMPE, Ariz. -- Corona del Sol’s varsity boys volleyball season is just beginning, along with many of its players.

The team consisted of mostly seniors last season, bringing a new group of younger players for 2020.

“I really want to see the boys embrace the process of the game,” said Horewitch.

Horewitch hopes to build a comradery amongst the team on the court. He believes a strong bond will be a key factor to a successful season.

The Aztecs have completed their first week of practices with numerous drills, including scrimmages, butterfly drills, serve receive drills and running exercises. They are training hard for their first match against the Perry Pumas on Tuesday.

“For this season, we want to get the freshmen and sophomores better for future seasons so we can have a future for this program,” said senior Micah Reaban.

Instead of looking down on his younger teammates, Reaban is focused on preparing them to step up when he is gone.

With only four varsity returners this season, almost the rest of the volleyball team is made up of freshmen.

One freshman in particular, Jon Seddon, is already showing potential. He is always asking questions on how he can improve himself and is never afraid of feedback.

“By the end of this season, I’m just expecting us to get better,” said Sebastian Burgos, another senior on the team. “I just want those freshmen to succeed and better the program.”

Burgos, a middle hitter, is considered to be one of the strongest players on the team due to his ability to read both sides of the court and play accordingly, whether it’s knowing exactly where to hit the ball or how the Aztecs can abuse their opponents weaknesses.

“I feel as if I’m someone the team looks up to,” said Burgos. “I can see when players mess up and I can tell them exactly what they did wrong.”

Another valuable player on the team is their sophomore libero, Connor O’Brien. His strength is in his passes and solid topspin serves.

“[O’Brien] is very aggressive and will hit the floor whether or not he needs to,” said Burgos.

Burgos believes this year is a recovery season and a time to improve.

“Especially because we are so young, I want them to really, really become strong teammates,” said Horewitch, “and win together and lose together.”