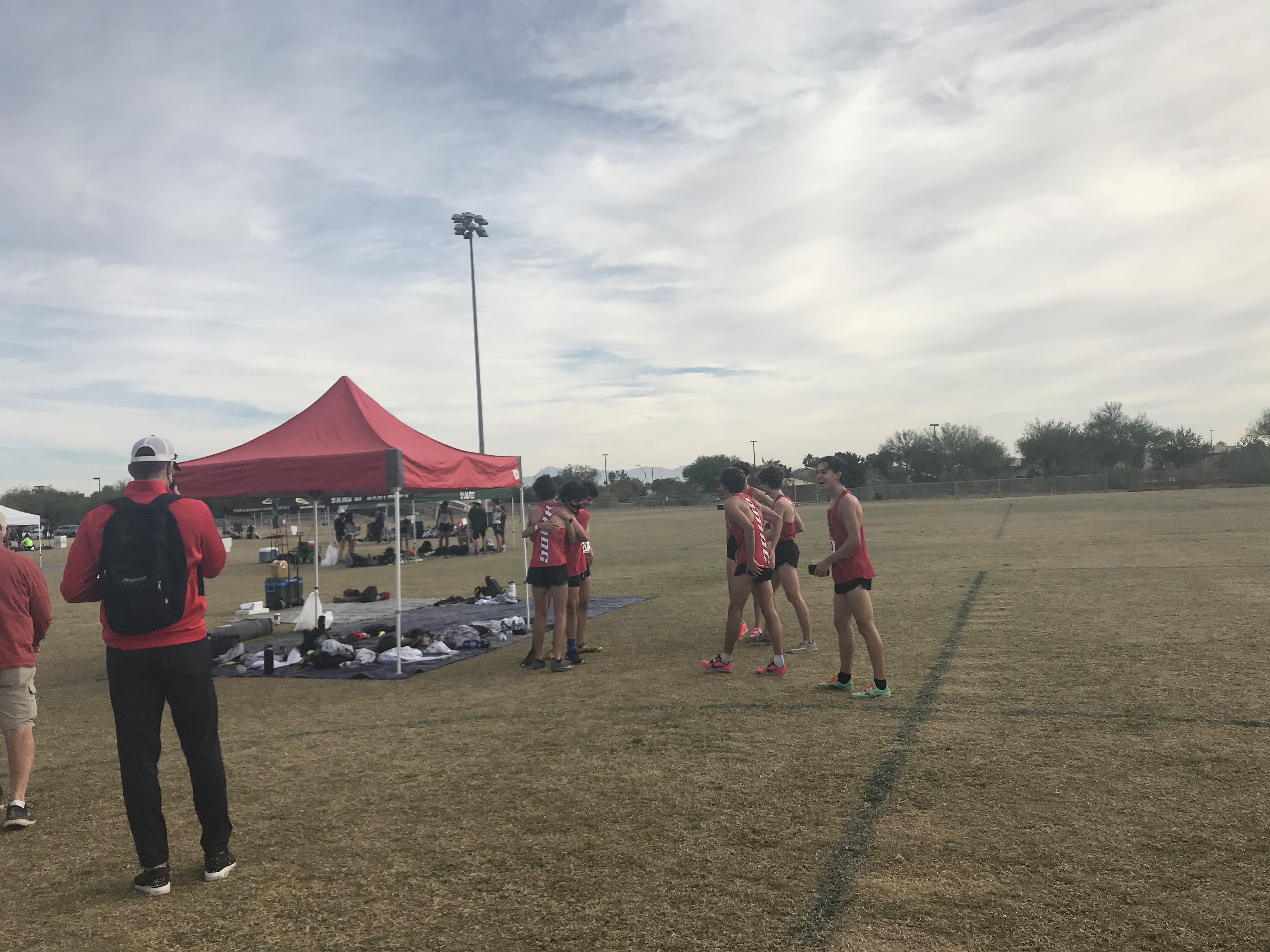 Most years of late Desert Vista, Highland and Brophy have dominated the D-I boys cross country landscape. Brophy finally butted in on the top spot Thursday morning at Crossroads Park. The spot the Thunder and Hawks have enjoyed often the last decade.

Led by individual champion and senior Xander Black, Brophy won its second title in school history - the other in 2003 when current coach and Brophy alum Oscar Borboa ran for that squad. The Broncos finished with 56 points. They've been close often lately, finishing third the last two years and second three consecutive years (2015-2017).

The sense of their accomplishment reverberated through hugs and smiles at their camp when word came down.

"It's nice to win individually, but honestly the big thing was to win the team title," Black said. "It's been 17 years since the school won. This team was so dedicated to winning. Doing all it took."

Runner-up in the team chase was Desert Vista (66) followed by Highland (74), Red Mountain (113) and Liberty (124). Brophy''s top five finishers were Black, Jackson Moran (7th), Charlie Fallon (16th), Brody Haar (17th) and Jessie Salinas (22nd). All are seniors except Haar. Black, who won his sectional race last week, said he didn't want to make a move early. He waited until the last mile., which proved to be his fastest.

"It's been a strange year," Borboa said. "You think back to how the world ended up in March with the pandemic. We were in training virtually for quite a time. Then we were able to get back together. We'll look back on this as something special, yet it will be just a little different than your normal year."

Black steadily moved up the ladder in state meets beginning as a freshman in 2017. He finished 48th that year, was 29th in 2018 and made a huge step up to runner-up last year to Highland phenom Leo Daschbach. 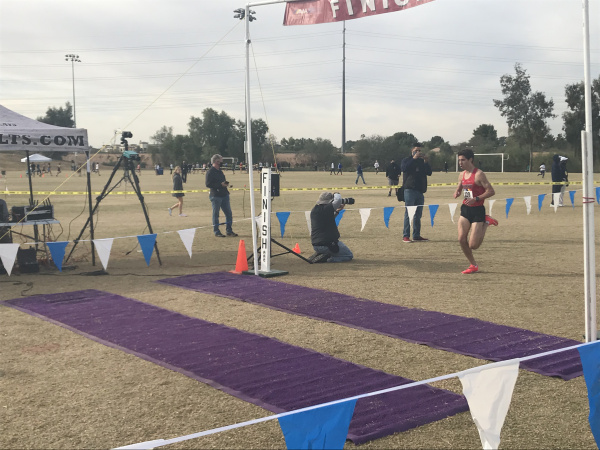 It was back-to-back team titles and individual honors as well for Desert Vista with standout sophomore Lauren Ping guiding the Thunder's title as she did last year.

Ping, who won her sectional at Crossroads last week with a time of 17:24.6, rendered an encore with a blazing time of  17:13.4. Ping was followed across the finish by a superb run by junior teammate Katie Sigerud (17:38.6).

"I went out to do my best, run a faster time than last week," Ping said. "The weather was a lot nice today and that helped...

"Every time we raced this year we didn't know if that one might be our last race. There was always a chance we could be shut down. Being able to have some other meets like Twilight and having a state meet. A lot of other states weren't as fortunate." 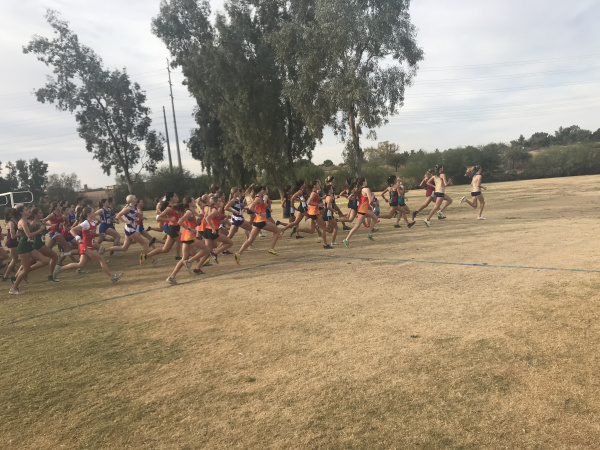 The first couple hundred yards of the D-I girls race and Desert Vista's Lauren Ping is out fron. (Azpreps365 photo)

Desert Vista won the team crown, but not before getting pushed hard by runner-up Highland. The Thunder totaled 41 points with Highland settling in at 44. Perry (84) was third, Xavier Prep (124) fourth and Chandler (148) fifth. 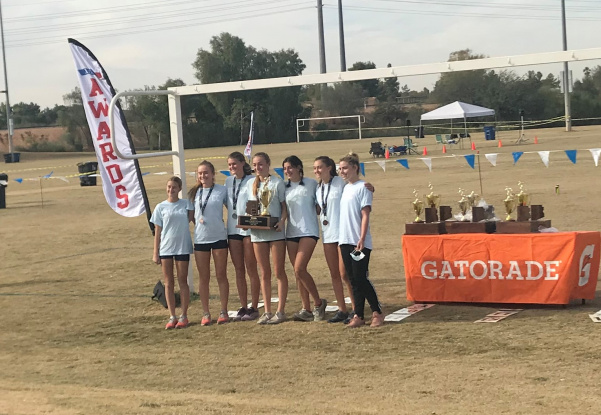 Desert Vista's girls show off the hardware from the 2020 D-I cross country title.

No question it was a Wild finish in the D-III girls race Thursday at Crossroad Park.

Wild, a sophomore, easily won her sectional last week, but this one was not the same. Her push the final 50 meters or so was just enough for top honors. Salpointe (68) also won the team title, edging Coconino (71). Carr, also a sophomore, finished third in D-III last year while Wild finished fifth. It's the second year in a row Salpointe claimed the individual title. The Lancers Zoey Delgado was first in 2019.

Rio Rico senior Roshan Tinoco-Miranda, competing as an individual with one teammate, won medalist honors for the second year in a row with a time of 15:32.4. Second-place went to Cactus' Gilbert Olivas at 15:47.0.

Tinoco-Miranda finished his career with four top-30 finishes or better at D3 state meets. In 2017 he finished eighth and 2018 slipped to 30th before regaining form and winning back-to-back.