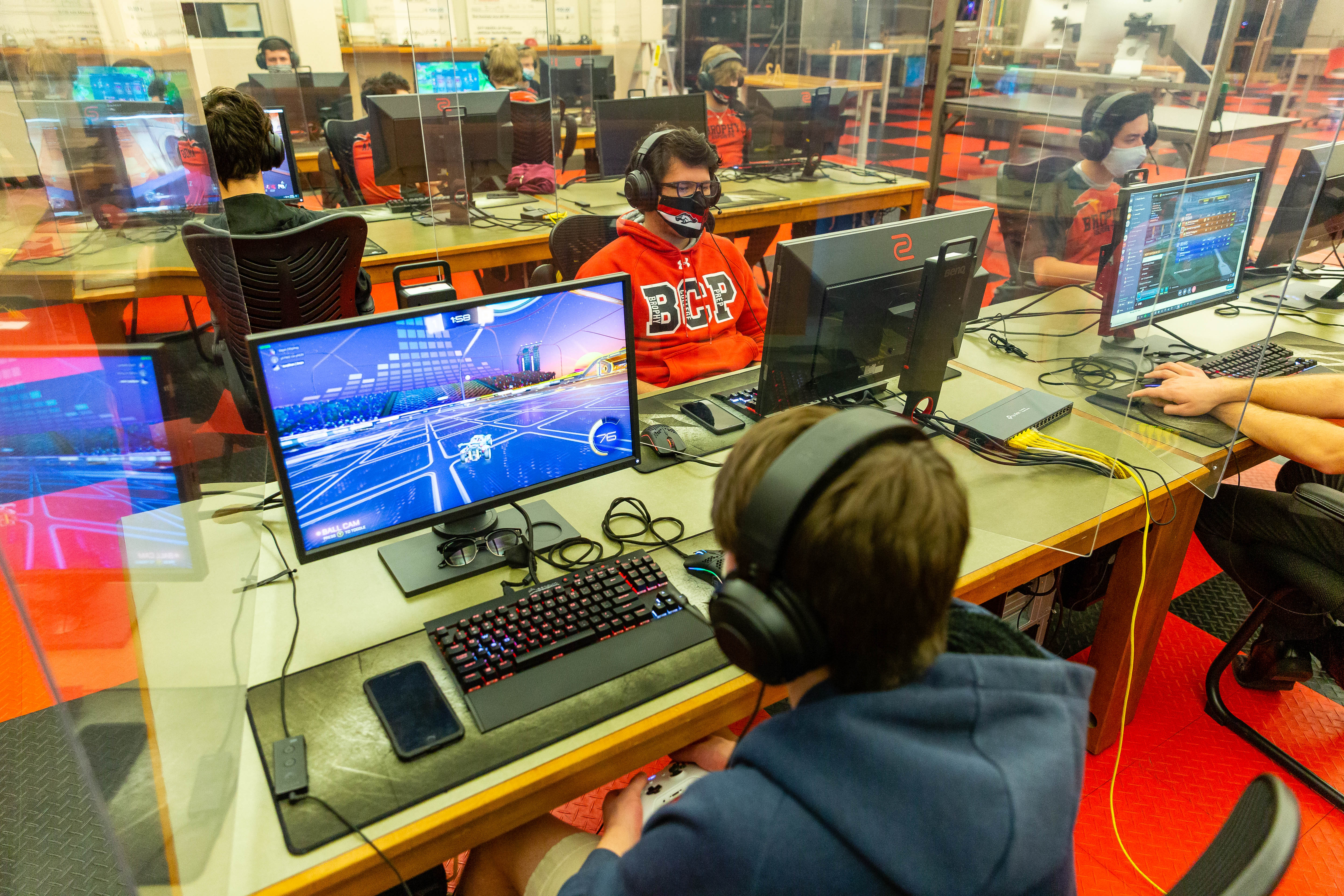 After a tumultuous 2020, Brophy’s Rocket League esports team is eager to defend its state title for a second consecutive time. The COVID-19 pandemic threw a wrench into high school sports, but for Brophy, their esports have been flourishing.

“As long as we keep practicing, we should be looking pretty good for this season,” said Jonathon Mena.

Brophy beat Camelback in a best-of-seven series in the fall of 2020 to win a second state title. Now they're after a third.

A confident Brophy team believes that it can beat any high school in the PlayVs circuit.

“They don’t really scrim against other high schools. They scrim against colleges because that’s kinda where their level is at,” said Shawna Khan, Brophy esports director.

With the same roster and skill as last year, they're yet again favorites. Brophy knows that the competition can't keep up with their skill.

“We‘re more individually skilled … so we can make up those mistakes whereas on other teams, usually only one person or two people are good,” Wallen said.

Brophy has routinely steamrolled the competition, only losing one game last season to Camelback in the finals. Nothing exemplified their dominance more than their last series against Camelback.

Brophy didn't play to its full potential in Game 1 and knew it. Despite this, they were still able to pull out a win.

When they were playing at their full potential they blew Camelback out of the water, beating them 6-0 in Game 3. Brophy continued to dominate, winning Game 4 with a score of 9-0.

Brophy played ranked games to warm up for the finals at one of the highest ranks in Rocket League. In these games, the team was calm and communicating where they were, what they were doing, and what they would do next. The focused atmosphere of those warm-up games was cracked by Gass, who would lighten the mood by saying things like “Ruh-roh-raggy.”

“Obviously, it's a video game so you're supposed to have fun, but we’re definitely still being competitive and we’re also trying to get better at the same time,” said Mena.

Mena and his self-described aggressive play style are the perfect complement to his teammates’ defensive play styles. Wallen roams around looking for people to knock out of position and Gass plays much more conservative.

Before Brophy introduced Rocket League as an esport in 2019, teammates Gass and Mena had never even spoken to each other. Before the 2020 fall season, Wallen had never played with either of his teammates before. Despite this, the team chemistry is obvious and abundant.

During their finals match against Camelback, the team immediately acknowledged its flaws after a disappointing performance in Game 1. Mena pointed out that the team could and needed to focus on rotations and better passing. For the next minute, they spent time going over where they needed to improve, holding themselves accountable.

The only thing standing in the way of Brophy’s Rocket League team is themselves. Gass admitted that in their only loss last season, he made a bad call that allowed Camelback to take a game off them.

When asked about what it will take to win another state championship, Gass simply responded, “Basically what we did last year.”

This team’s dominant amalgamation of skill, confidence, and chemistry was enough to win it all in 2020 and they believe it will lead them to the promised land again this season.