Morenci with their third title since 2016. (Andy Morales/AZPreps365) 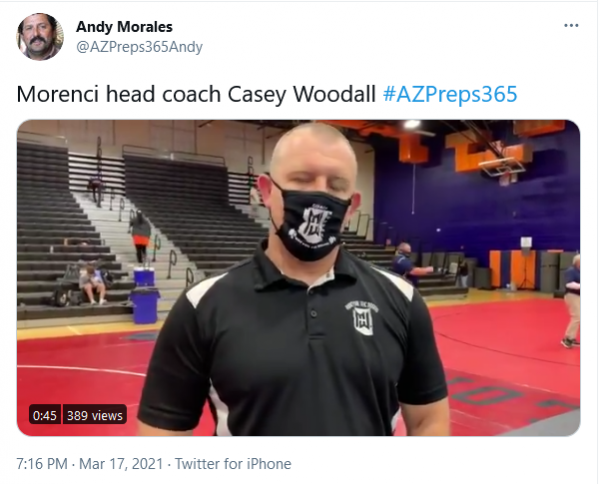 Yuma Catholic senior Jayden Dobson (11-0) pinned Skylar Guerrero (8-1) of Miami to win his third title with his first two coming with Yuma at the D-III level before he transferred over to the Shamrocks.

Santa Cruz junior Diego Chavez (12-0) pinned Gage Thomas (14-1) of Winslow to capture his third title in a row. Chavez helped the Dust Devils win back-to-back state championships in 2019 and 2020 but that got more difficult with about a dozen wrestlers leaving the school and feeder program for a private school in the Phoenix area. Still, Santa Cruz finished in sixth place with 130 points. Santa Cruz junior Wyatt Ogle (12-0) beat Seth Durbin (8-2) of Globe 6-1 to win his second championship. 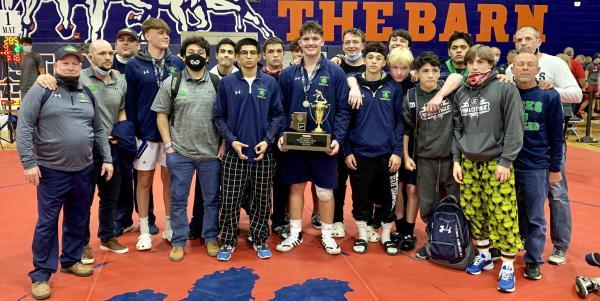 The remaining two individual champions came from Globe So. Gabriel Gonzales (9-0) with a pin over Diego Pena (10-2) of Miami and Willcox Sr. Ote Allsup (17-0) pinned Jesse Green (13-6) of Thatcher.

Three seniors won individual championships so the season will have a few openings next year and Chavez of Santa Cruz will be going for his fourth championship. 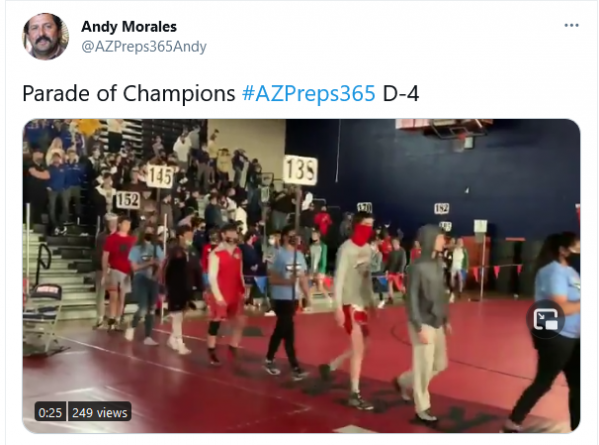