PHOTOS OF STATE WRESTLING CAN BE FOUND AT PAYNTER'S PICS

It was a slow climb but Casteel made it to the top of the mountain. The Colts outlasted Marana Mountain View 219 to 203 to win the Division II team championship held at Poston Butte High School on Friday and it took every single one of their wrestlers to make that climb.

The program started out as a small school with a fifth place finish at the D-IV level in 2018 and then a move to D-II the following year produced a ninth-place showing and the team improved to seventh last year. Ramon Ramos was a freshman on that 2018 squad and he became the first individual state champion in Colt history with a medal in the 120-pound weight class after finishing the year off with a 51-0 record. 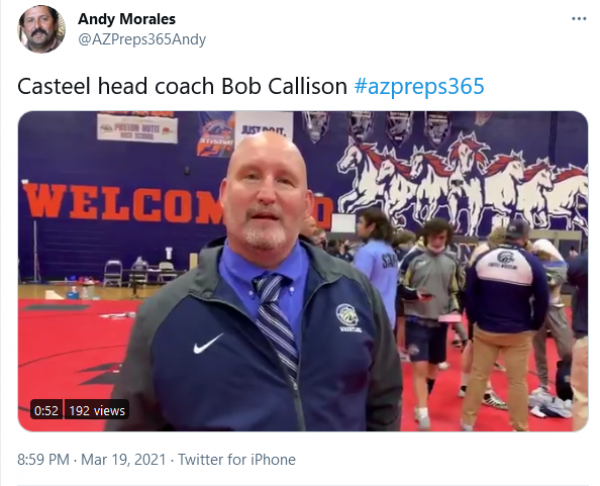 Ramon is better known as "Mykey" and the senior committed to Arizona State in December and he signed on with the Sun Devils one month ago. The Colts are guided by Hall of Fame head coach Bob Callison who had two previous state championships, coaching Mesa Mountain View to back-to-back titles in 2014 and 2015 with both victories coming over the powerful Sunnyside program.

Mykey is one of only three seniors in his program according to Callison so expect a return to the center mat next winter for the Colts. 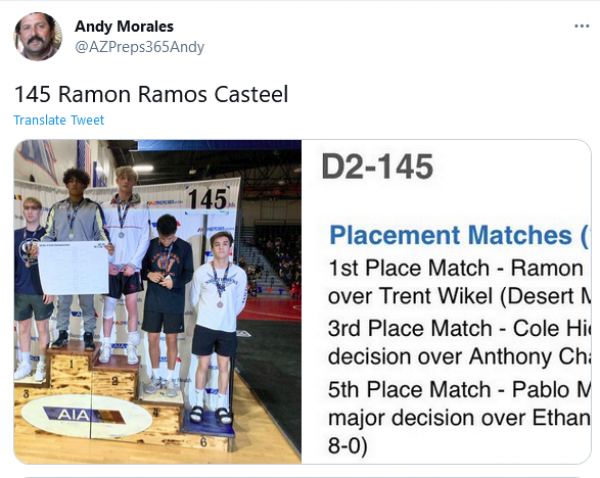 This was the second championship for Lopez and he is one of five seniors from Mountain View who took a spot on the awards stand at the end of the night along with Paredes and Acedo. Everything remaining equal, Scott is an early favorite for next year with the other five medalists in his weight class all graduating.

This is the third second place finish for Mountain View in a row after the program won it all in 2017 under the leadership of PJ Ponce. 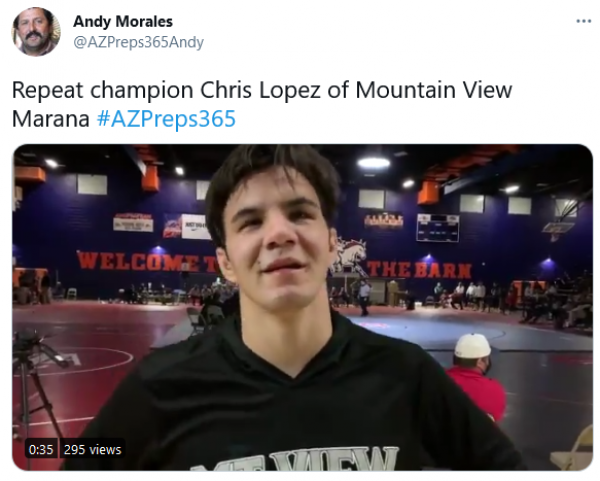