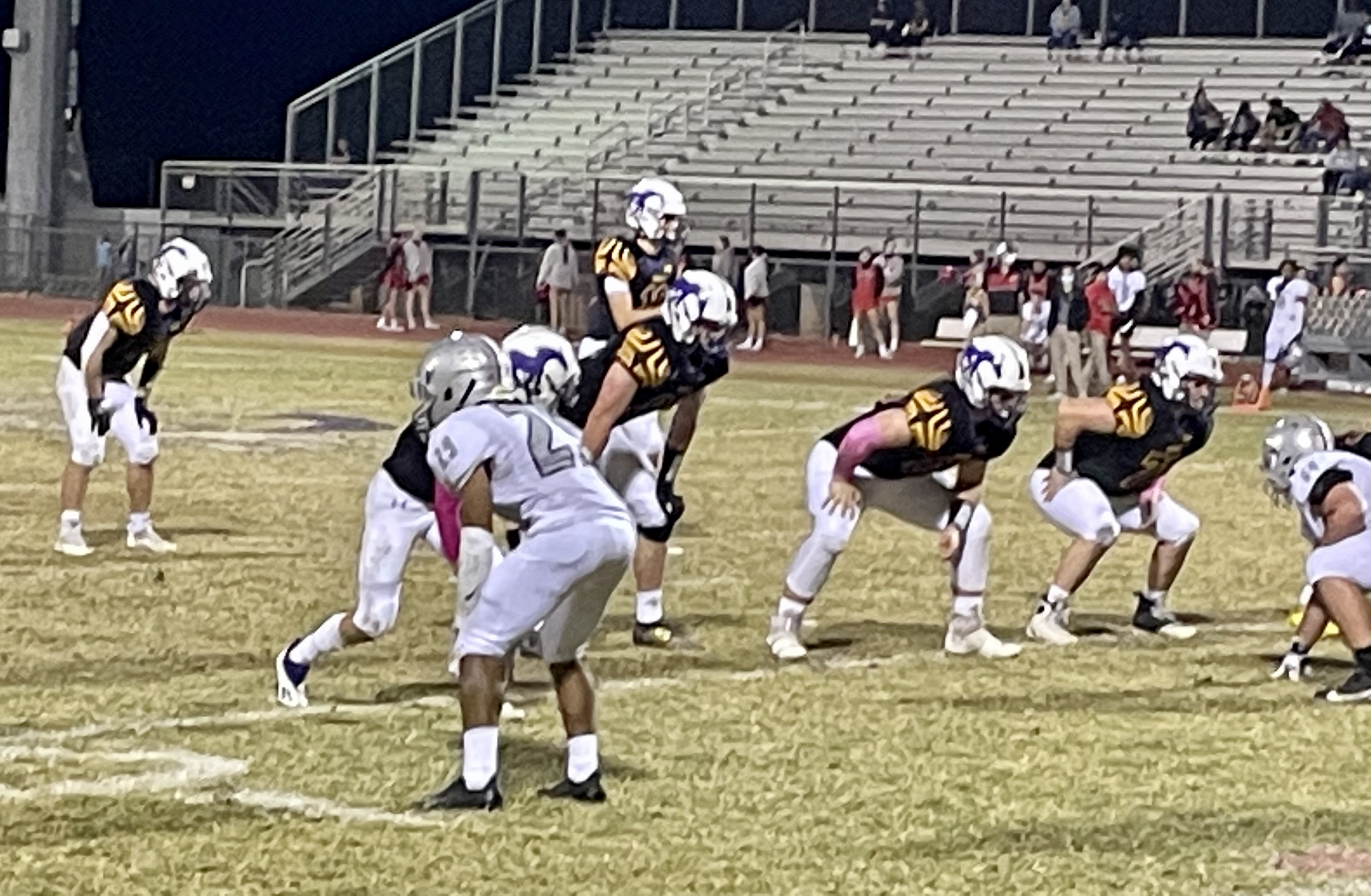 Standout moments, players: Sunrise Mountain wide receiver Gabe Kleeberger scored his team’s first touchdown, but Ironwood answered back with a score from Hunter Foresberg after the first quarter. Freshman Elijah Mendez scored on a 31-yard touchdown reception to increase Sunrise Mountain’s lead to 14-6. He added a 19-yard touchdown just before half. Sunrise Mountain head coach Steve Decker said Mendez not only carries a 4.0 grade point average, but he is also a student of the game and knows the playbook.

“We have been bringing him up the last three weeks and he fits in well with us at practice and games and just has great speed and hands,” he explained.

Elias Hernandez was an effective runner for Ironwood and difficult to stop, often taking more than three defenders to make the tackle. Sunrise Mountain’s senior quarterback Hunter Kronengold was also unstoppable, completing 23 of his 33 passes for 449 yards and five touchdowns with no interceptions. Micah Johnson and Braden Harvey each had over 100 yards receiving. Four of Kronengold’s scoring passes went to different players. Rex Underhill finished with 89 rushing yards and two touchdowns for Sunrise Mountain. Defensively, the team was led by Tanner Webb’s 13 tackles.

From the sideline: Senior Night for Sunrise Mountain made for a long Thursday night of football, but a memorable one for those seniors on the football team, in the marching band, sports medicine program and spiritline.

“The senior class did a good job bringing those guys along and are always ready to put on the board their type of football,” he said.

Decker said at the start of the game his team had trouble putting pressure on Ironwood quarterback Connor Monahan, but his defense stepped up, was very aggressive and eventually got after the quarterback.

Up next: Sunrise Mountain will head to Desert Edge, which is also undefeated in region, while Ironwood travels to Verrado High School, where Rizzo said his team has to do better and get things fixed.