Midfielder/forward Powell back on the field for Gilbert Christian 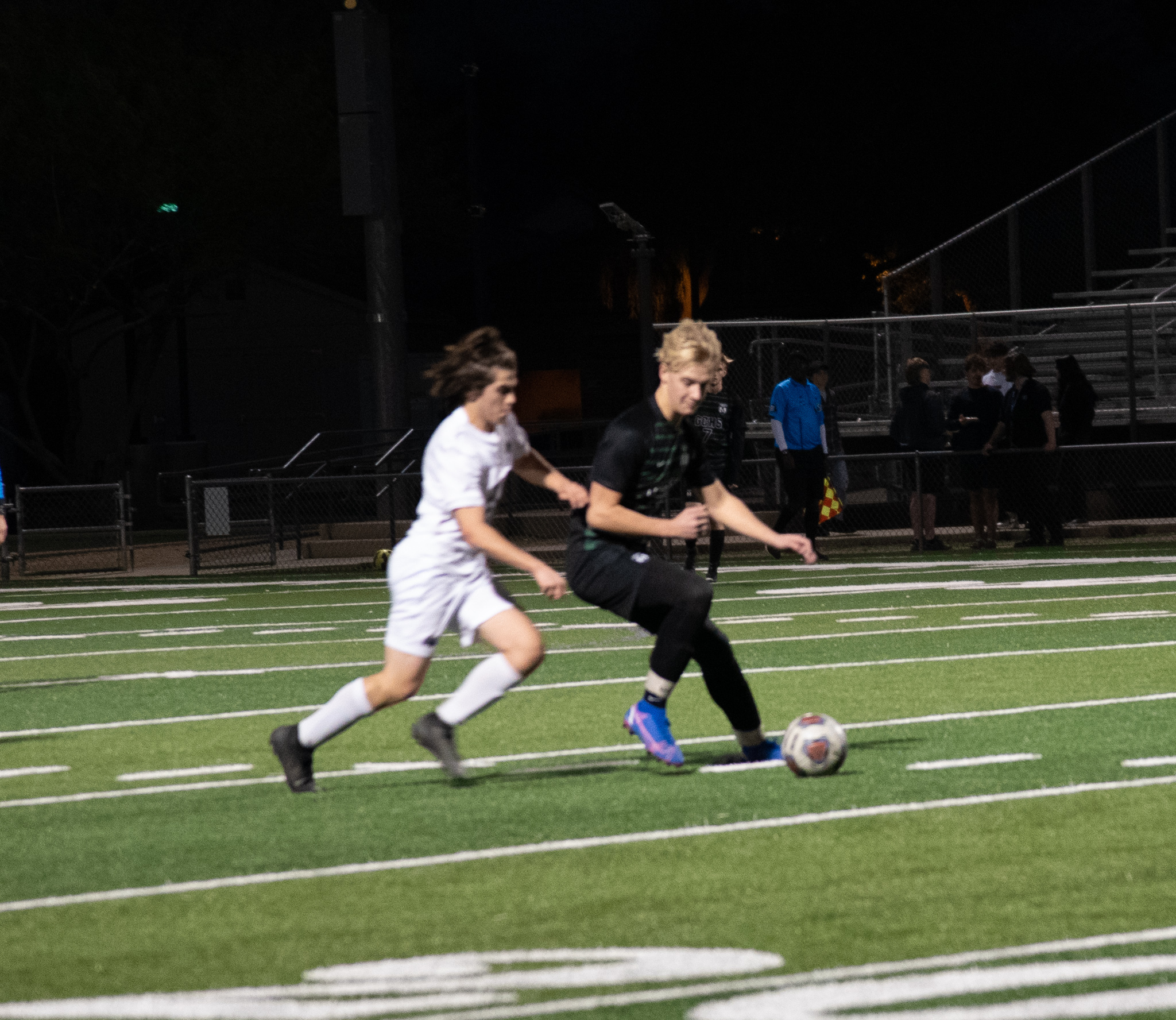 Kaleb Powell is a sophomore at Gilbert Christian High School playing on the varsity soccer team. Kaleb was only three years old when he started his soccer journey. After his parents positioned him to be involved in soccer he became genuinely interested. He has been playing high school soccer for two years now and plans to play the next two years of high school too.

With so many amazing goals and wins, his proudest moment on the field would have to be when he scored the last goal in the last seconds of the game against Arete Prep last year during his freshman year. Kaleb’s assumption on how his coaches and teammates would describe him would be, “being a leader to the team as well as an outstanding shooter.”

Kaleb’s last game was against Valley Christian High School, he played exceptionally well for this being his first game back after missing the majority of the season. Kaleb Powell had a serious injury during the first game of the season against Scottsdale Christian Academy. His meniscus was torn in several different places, and he ended up having to get surgery, repairing the muscle. Originally Kaleb was going to have to be out for four to six months, completely missing his sophomore soccer season, however, through the prayers of the many people who care about Kaleb, God’s grace was shown and he experienced a much quicker healing and recovery time. This put him back on the field after only four weeks instead of four months.  Now that Powell is back, his goal for the team this season is to win state. He went on to explain how he believes this is coming along effectively given the fact the team is currently ranked number four in their region and seventh in the 3A division. 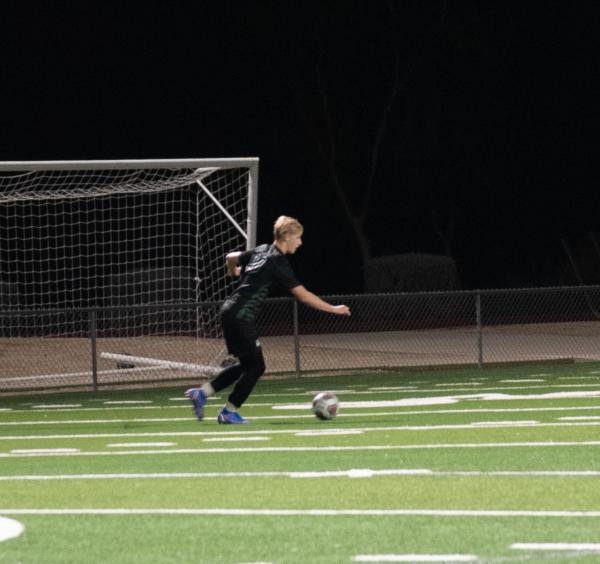