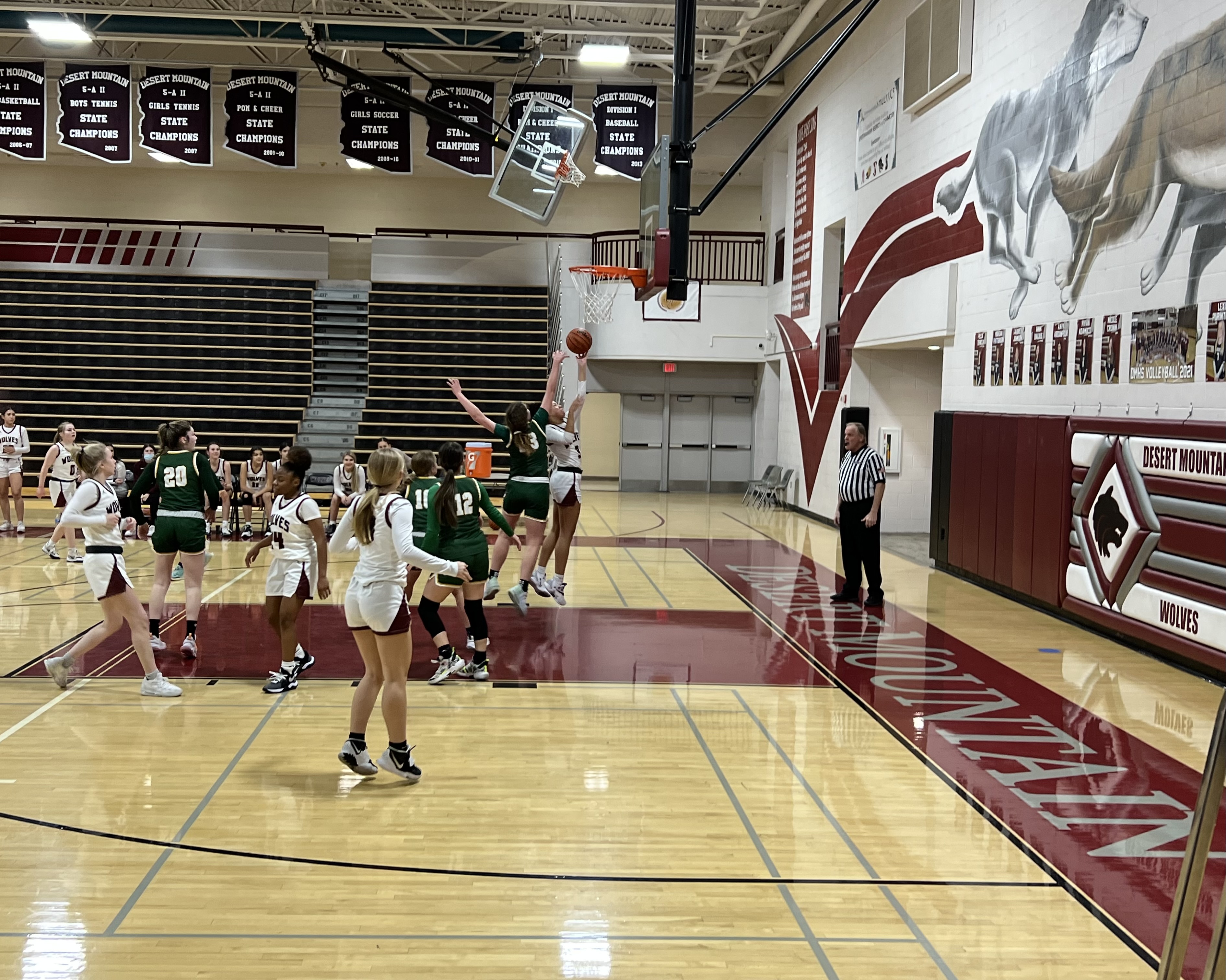 In the first quarter, the game was a closely contested affair with both teams trading three-pointers and baskets, ending the period in a 10-10 tie. Sophomore guard Mia Brown made two threes for the Huskies in the quarter.

Horizon’s offense struggled much of the night. Brown scored ten points and senior Isa Carrillo had nine, while the rest of the squad only managed to put six points on the board.

Then the Wolves went on a run. Their second and third quarter play powered them to victory as they outscored Horizon 26-6, giving them an 18-point lead in the final frame. The Wolves shot well from behind the arc, posting six threes as a team.

Additionally, it was the all-around play from senior Jordan Hankston that truly provided the spark Desert Mountain needed in the second and third quarters. Hankston had four points and five assists, as well as three rebounds and two steals.

“We can benefit a lot from playing all-around … rebounds and assists help the team score and, I mean, you have to score to win,” Hankston said.

Six-foot Desert Mountain freshman Rory Tower grabbed 11 rebounds and added six points off the bench and ran the floor exceptionally well, scoring most of her points in transition.

Wolves junior guard Natalie Baldwin was a key contributor as she led the way with 12 points, with nine coming on threes. Senior Kamea Letcher also had nine points off of threes, bringing her game total to 11 points.

“It feels really good to get that win out of the way, it’s been a long time coming,” Baldwin said.