NW Christian over Sabino 5-2 for 3A girls soccer crown 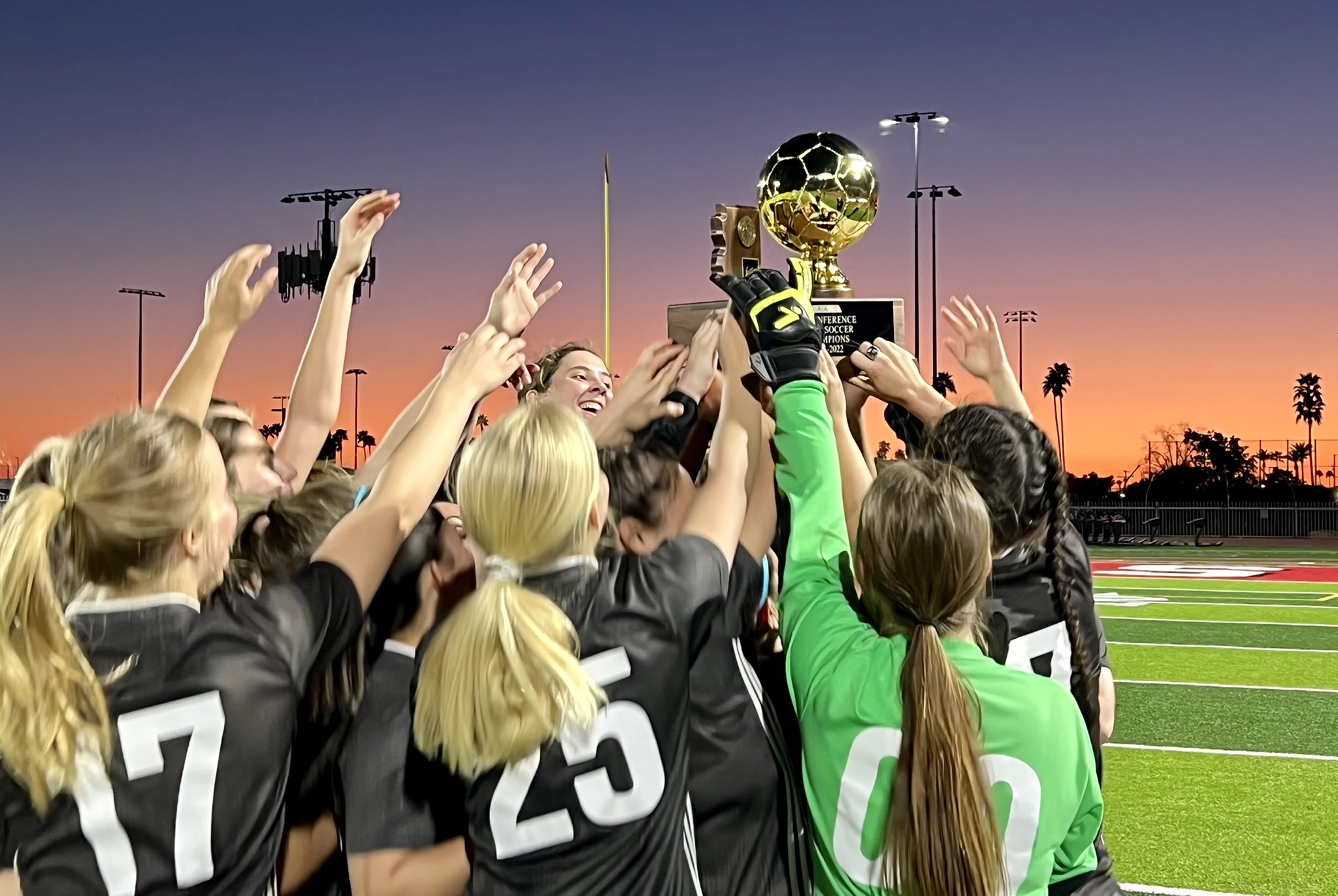 Northwest Christian came into the 3A state playoffs as the No. 2 seed, right behind top-seeded Benjamin Franklin, due to the Chargers riding on a 12-0 season in ranking matches, but the Crusaders left the pitch at Glendale High School Friday night as champions for the third time in four years.

No. 4 Sabino (13-1-1) flew past Franklin in the semifinal round Wednesday (5-0) to set up the final with Northwest Christian (13-0) at Glendale and the Sabercats proved to be a worthy opponent for the Crusaders, taking a lead twice in the match. Falling behind 1-0 and 2-1 in a match is something the Crusaders have not been used to over the last couple of seasons but the resolve to get back in the match twice, and then take over the final, is what one expects from the very best and that’s what the fans got, and more.

Sabino senior Ella Sabel scored on a direct kick in the 17th minute to put the Sabercats up 1-0 despite falling back on the shot totals early on but Crusader junior Tatum Berkwitt hit sophomore Cassidy Garberding three minutes later for the equalizer. That 1-1 tally didn’t last long with Sabino standout Athene Huggins showing her speed as she took the ball down the right side of the field 40 yards before cutting in front of the goal for a score in the 23rd minute.

Then came junior forward Ellie Johannes. Johannes has 107 goals in her career at Northwest Christian and that’s good enough for just over three goals an outing. The Indiana commit is quick to give credit to her teammates but her success has also led to a spot on the El Salvador U17 National Team and some time with Utah Royals FC. Her skill level is beyond evident and there’s a chance she might not play high school soccer next year so she can train for the next level.

NW Christian standout Ellie Johannes has 107 goals in 33 matches and averages a hat trick every time she takes to the pitch. She had 3 goals in the 5-2 win over Sabino. She credits her team ⁦@AZPreps365⁩ pic.twitter.com/JH4Q1gK4Me

Her 105th goal came in the 37th minute to tie the championship final up 2-2 heading into the half. The teams were nearly even in shots at that point with the Crusaders hanging onto a slim 8-6 margin but massive adjustments in personnel and positioning by the Crusader coaching staff led to a 16-3 shot advantage in the second half and three more goals.

Senior Ava Campbell found Johannes on a corner kick in the 45th for the winning goal at 3-2 but another goal from Johannes in the 57th made it 4-2 and her hat trick gave way to a score from Campbell to sophomore Gracie Madeya on another corner in the 75th to bring us to the 5-2 final.

Northwest Christian head coach Jeff Penzone is using his latest championship as a perfect setting for stepping away from the game, if only for a while. His retirement after about 26 years of coaching at various levels will certainly be a void in the coaching ranks but it is also very deserved.

For Sabino, first-year head coach Mack Samuelsen is just getting started. The Sabertcats have two state championshipship trophies but the last final appearance was in 2011. Samuelsen feels he has enough players in his pipeline to keep things going despite losing a tremendous senior class that includes captains Caroline Rustand, Kylee Brotherton and Sabel.

It was an incredible run for the Sabercats, especially with the 5-0 win over the top-ranked team in the state. Sabino had the Crusaders on the ropes twice and that is something no team has been able to accomplish. There’s no telling what might come next year but this year was entertaining and something special for both squads.

Sabino first year coach Mack Samuelsen has the Sabercats back. The team led NW Christian twice in the 3A final and no one has been able to do that. @sabinoathletics @azpr pic.twitter.com/TZbaKBOpOH