The Arizona Veterans Memorial Coliseum is commonly called the “Madhouse on McDowell” and for good reason. Sometime around 5 p.m. Saturday night, 408 of the best from Arizona entered the arena floor in a Parade of Champions of all the medalists from each of the five divisions of competition with special attention given to the 136 standouts waiting to decide the 68 individual state champions for 2022.

The boys compete in four divisions of 14 weight classes and the division for the girls is broken down into 12.

Sunnyside scored 263 points to hold off Liberty (173) and Desert Ridge (144). Sunnyside beat Liberty last year in D-I competition after Liberty won back-to-back titles in 2019 and 2020. The Blue Devils won D-I in 2018 and D-II in 2019 and 2020 before moving back up to the top division last year again. This is the sixth state title for Sunnyside head coach Anthony Leon. 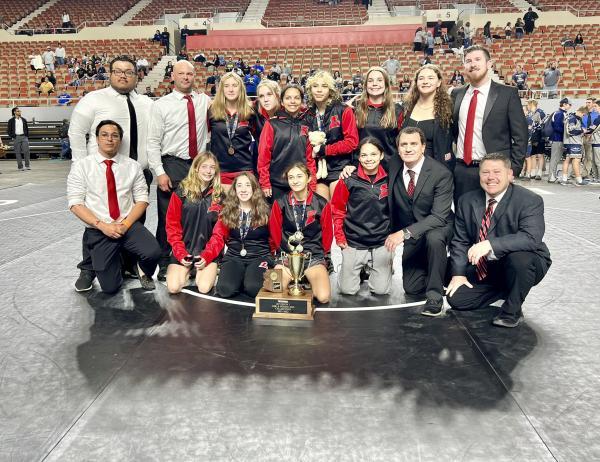 Goldwater standout Bree Garcia became the first girl in Arizona to win three state championships. Garcia is a senior so the possibility of a wrestler holding four individual titles falls to the next generation of standouts, more specifically Sunnyside sophomore Audrey Jimenez.

Jimenez (107) collected her second title for the Blue Devils and she is the top-ranked wrestler in the country in her weight class. She has a shot to tie Garcia with three state titles next year and then pick up number four as a senior. There were no freshman champions this year and eight seniors will vacate their positions in the 12 weight classes. 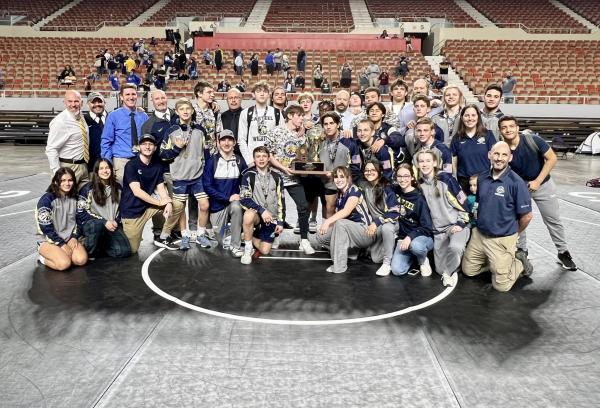 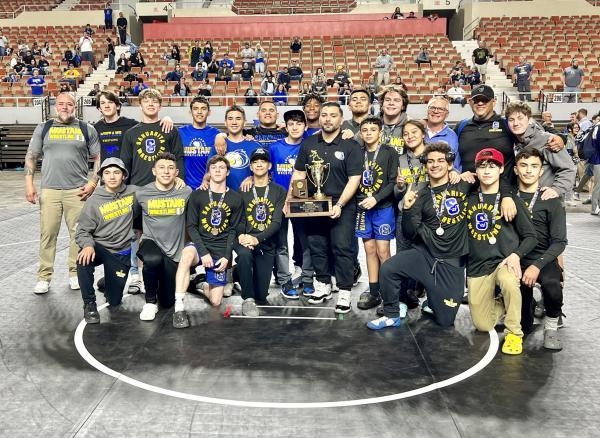 In Division III, Paul Vasquez led Sahuarita to the first state title in program history by holding off his school district rival Walden Grove 160.5 to 144. ALA Gilbert North took third place with 122.5 points. Sahuarita took second place in 2020 and 2021 and Walden Grove won in 2019.

Sahuarita ⁦@Horsepwrwrestle⁩ assisted his father Tim Berrier to 4 titles at Ironwood Ridge and now his dad assisted him to a title at Sahuarita pic.twitter.com/cBge6EPpxs 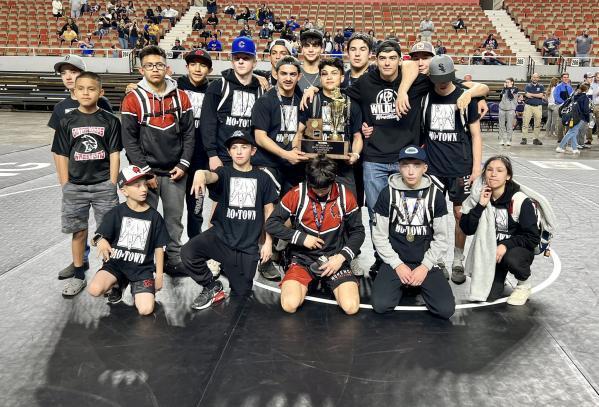 In Division IV, Morenci won with 201.5 points after scoring 301 points to win in 2021. Yuma Catholic scored 175.5 to take second place for the second year in a row and Mogollon took third with 148 points. It was the highest finish for Mogollon since the program won it all in 2011. This was the ninth title for Morenci.

Former @Amphipanthers and current Mesa wrestling coach steps off the mat for the last time in 32 years of coaching @AZPreps365 pic.twitter.com/2ak2LzdA92