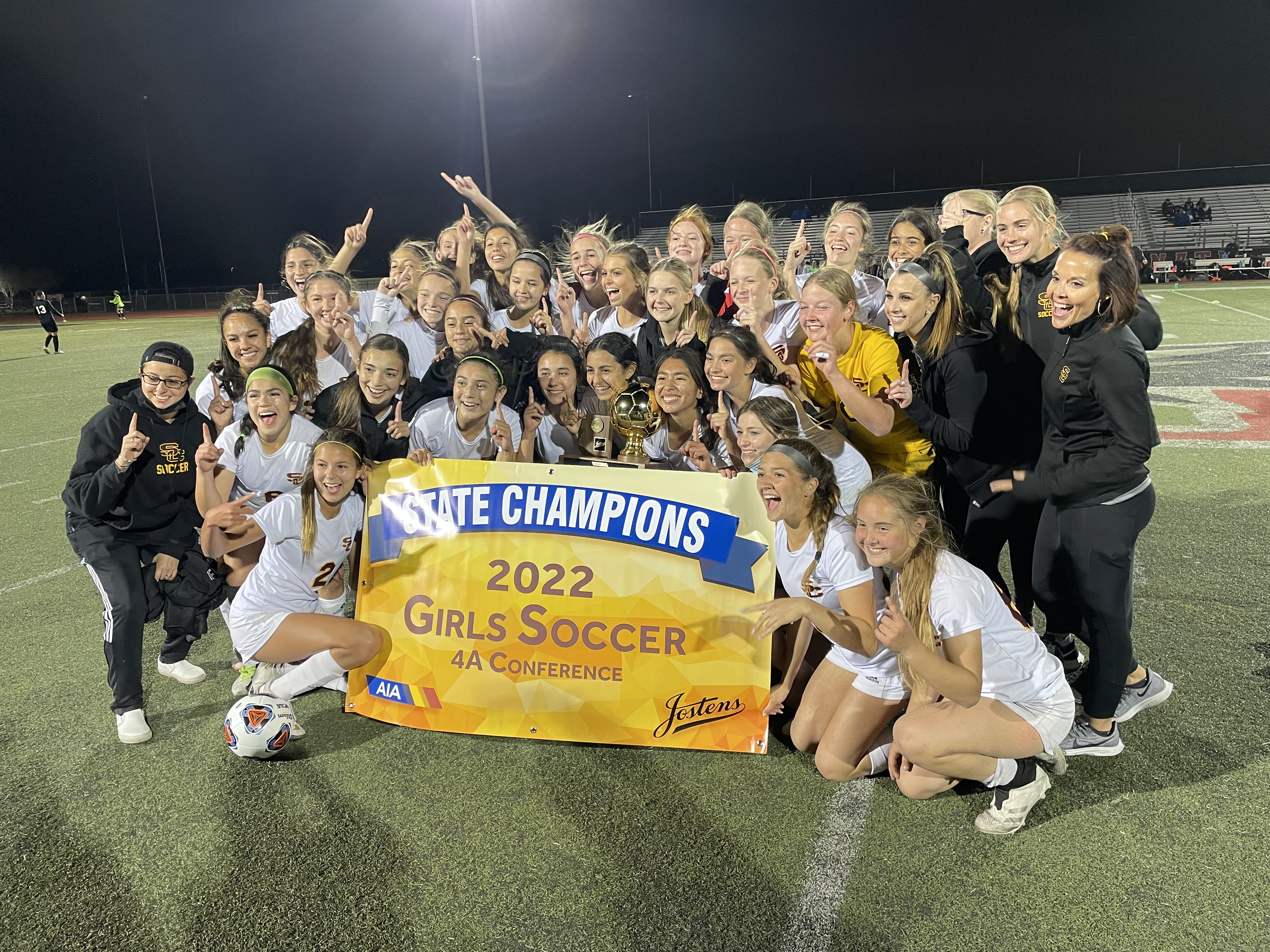 GILBERT – After a nearly three-hour slugfest between the No. 1 Notre Dame Prep Saints and No. 7 Salpointe Catholic Lancers at Williams Field High School, Lancers senior Daniella Weitman stepped up to the penalty spot.

Eighty minutes could not separate the two sides. Neither could 100. Not even the additional ten minute "golden goal" second overtime period.

But now Weitman had the chance to do so at the penalty spot. Game on her foot.

Ring nearly on her finger.

“We practice those all the time,” Weitman said. “I knew where I was going to hit it, just had to take a deep breath and hope it found the back of the net.”

Weitman converted her penalty kick and the Lancers (11-1-3) upset the Saints (13-1) 4-4 (4-3 on PKs) for their second straight 4A girls soccer title and their fifth in the last six years. “I knew they had (this) in them,” Lancers head coach Kelly Pierce said. “It wasn’t exactly the game plan the way we started, the first ten minutes put us on our heels…”

The Lancers not only gave up the game’s first goal in the opening five minutes, but found themselves 3-1 down in the 56th minute after a goal from Saints junior Halle Howe. 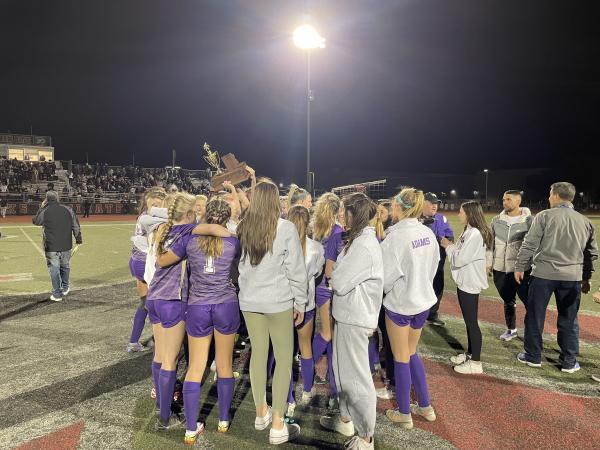 The Lancers responded nearly immediately. Just two minutes after the goal from Howe, Saints senior goalkeeper Acacia Connor fumbled a Lancer set piece and senior Paris Mikinski seized the opportunity to bring her team back within a goal.

After fending off a potential equalizing goal, a chance came for the Saints to put away the Lancers in the 70th minute. Senior Peyton Layne found herself alone in on goal, but put her shot wide of the post.

In the dying moments of the match, and trailing 3-2, the Lancers were awarded a corner kick. Senior Maci Bernier played a ball into the box and junior Rylen Bourguet rose highest to head it home and send the game into overtime.

“We wanted it so bad,” Weitman said. “We upset so many teams. We were going to walk out of here with a loss. We just had to keep our heads up, chase after every ball, give it everything we got and that’s how we got it back.”

Seven minutes into the second half of the overtime period, the Lancers took their first lead of the game at 4-3. That score came off a rebound from sophomore Anjeli DesRosier.

This time it was the Saints who had to answer back. Sophomore Ella Meyer did just that with her second goal of the game, this one a header to bring the Saints level again.

The golden goal period of the second overtime brought no goals, so the teams went to a penalty shootout.

“We came out here and played our game,” Saints head coach Michael Varela said. “We stuck to the plan, it worked, and in regulation we were the better team. At the end of the day the scoreline, it falls where it may when it comes to a tie so, penalties are penalties.”

After each of the first three penalty takers for the Saints and Lancers converted, the teams then combined for three straight misses.

You know the rest.

“It’s amazing for this team to end this season with a win,” Weitman said. “I love this team so much, I am going to miss it.”