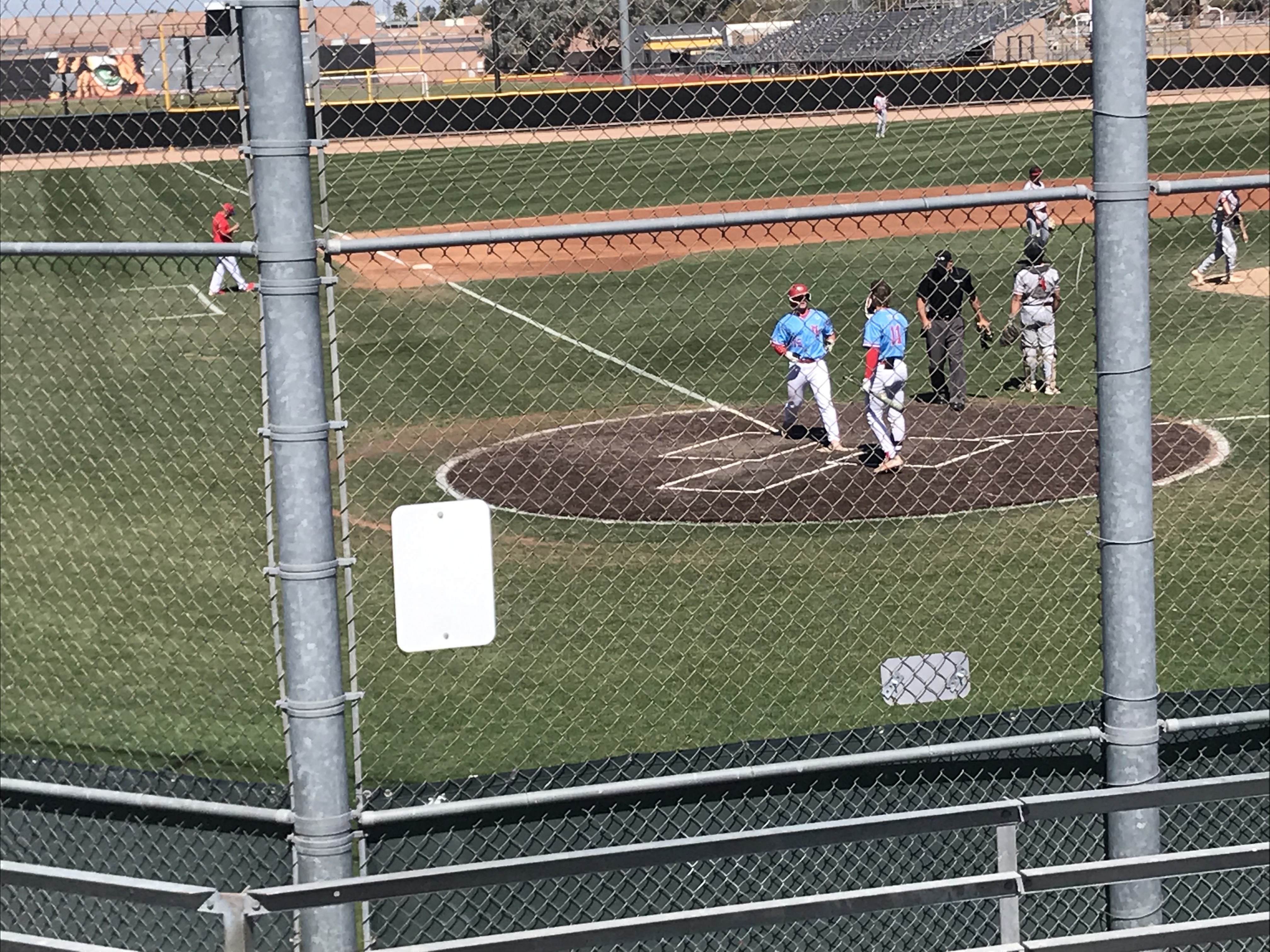 It was a good day for the long ball at Gilbert High. The stadium is always friendly to four-baggers and with the help of wind early in Wednesday's Mesa Mountain View-Williams Field matchup, the Toros took advantage.

In Mountain View's victory, the Toros bounced back from a 3-1 first-inning deficit to go up 4-3 after two. Williams Field knotted it at 4 after three. The fourth inning provided a boat-load of action with the Toros scoring six in the top half and Williams Field responding with five to complete the game's scoring.

Roberts tagged a solo homer in the first. Troth put Mountain View ahead for good with a three-run shot in the second. With the game tied at 4 in the top of four, the Toros batted around in a six-run rally. Davis' two-run homer snapped the 4-4 tie and McNaughton capped the frame with a three-run bomb to center. Roberts had the inning's other RBI with a single.

Williams Field didn't give in. The Black Hawks scored five runs in their half of the fourth with two outs and sent 10 batters to the plate. Kenan Harvey connected for his team's only homer in the contest to cut the lead to 10-6. Four more hits and a walk made it 10-9.

Mountain View loaded the bases with no outs in the top of the fifth, the game's final inning due to tournament time limit. William Field's fourth pitcher of the game - Nik Hill - shut down the threat without allowing a ball hit out of the infield.

Mountain View's first reliever - Baley Viscardi - bailed the Toros out of the first inning. He limited a potential huge rally to three by securing three consecutive outs upon his arrival. Viscardi worked 3 2/3 innings, faltering in the fourth after three innings allowing an unearned run and was the winning pitcher. Easton Turner got an out in the fourth and McNaughton earned the save fanning the final two batters with the tying run on third.