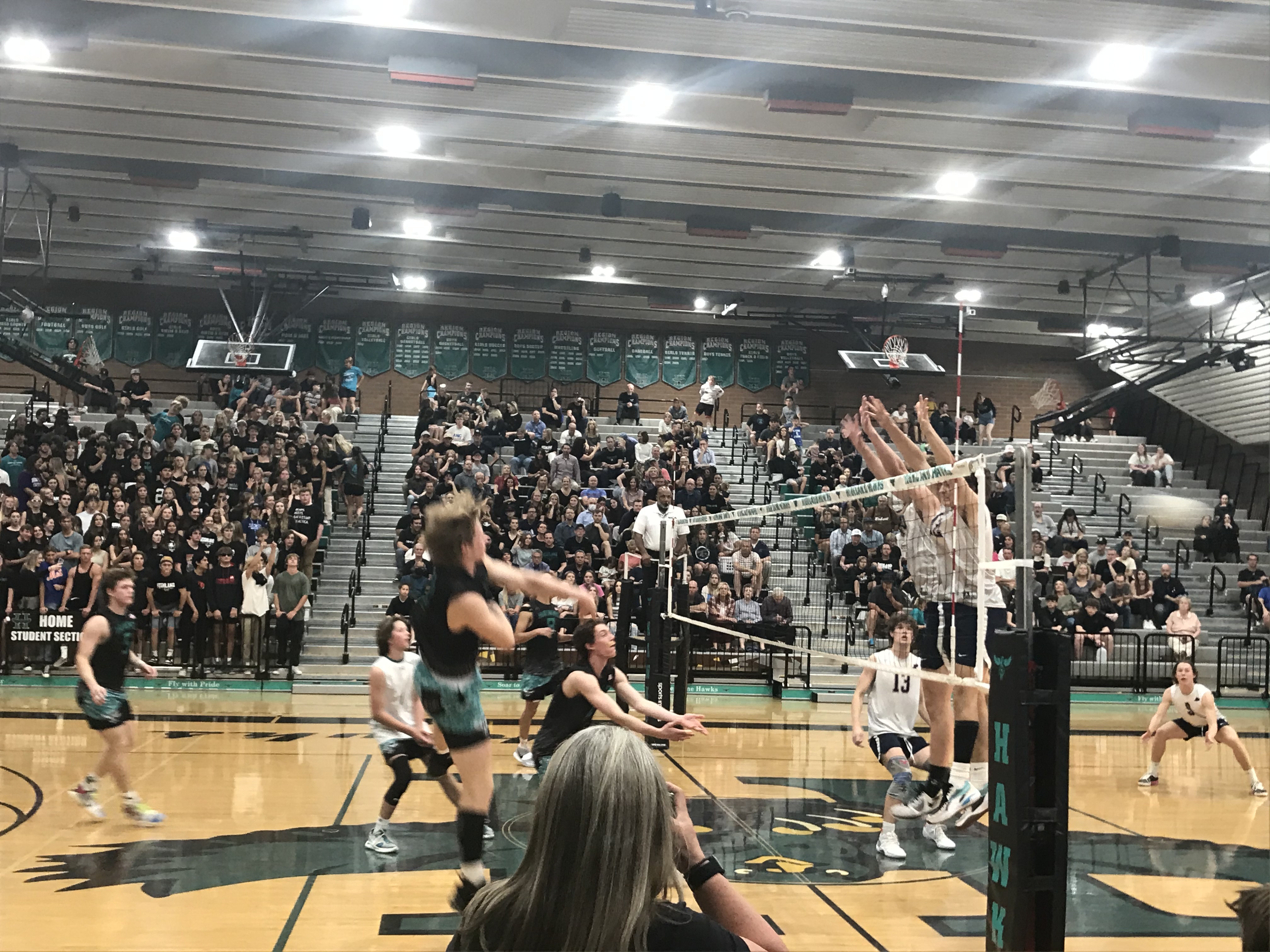 Highland's Jase Adams (7) delivers one of his nine kills in the Hawks sweep of Perry on Thursday night. (Azpreps365 photo)

Highland's boys volleyball team has yet to experience loss on the court. Twenty-one wins in twenty-one matches. Haven't lost one set as the first month of the 2022 season nears its end.

Highland's lastest victim was Perry, which the Hawks slayed 25-16, 25-20, 25-23 in a 6A match before a vocal home crowd peppered with student body support.

"We had a good showing last week in a tournament in California, (7-0)," Highland coach Jeff Grover said. "We knew Perry was going to bring it. It was nice to get to play at home. This was our first home game of the season."

Perry (11-3 overall, 4-2) lost for the second night in a row. A caveat is those losses are to perhaps the two best teams in 6A - Sandra Day O'Connor and Highland. Both Highland and SDO are undefeated. Perry's other loss was to Highland in the title match of the Wolf Howl Invitational almost three weeks ago.

Highland took the first set with ease, ahead all the way save 1-0 and 2-1 Perry leads. Perry's play improved in the second set as the Pumas were within 22-19 late. Set three was tight throughout with brief three-point leads by Highland the largest. 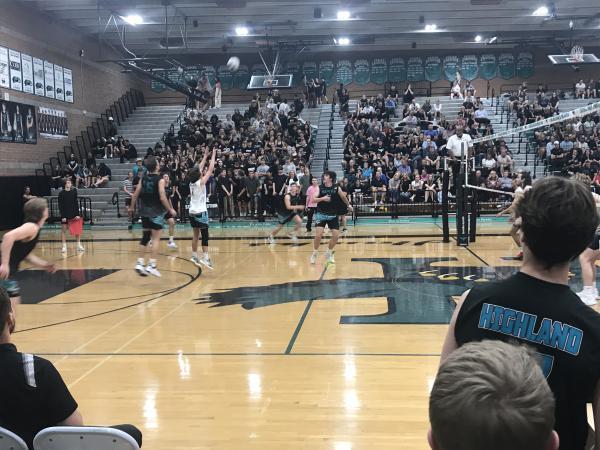