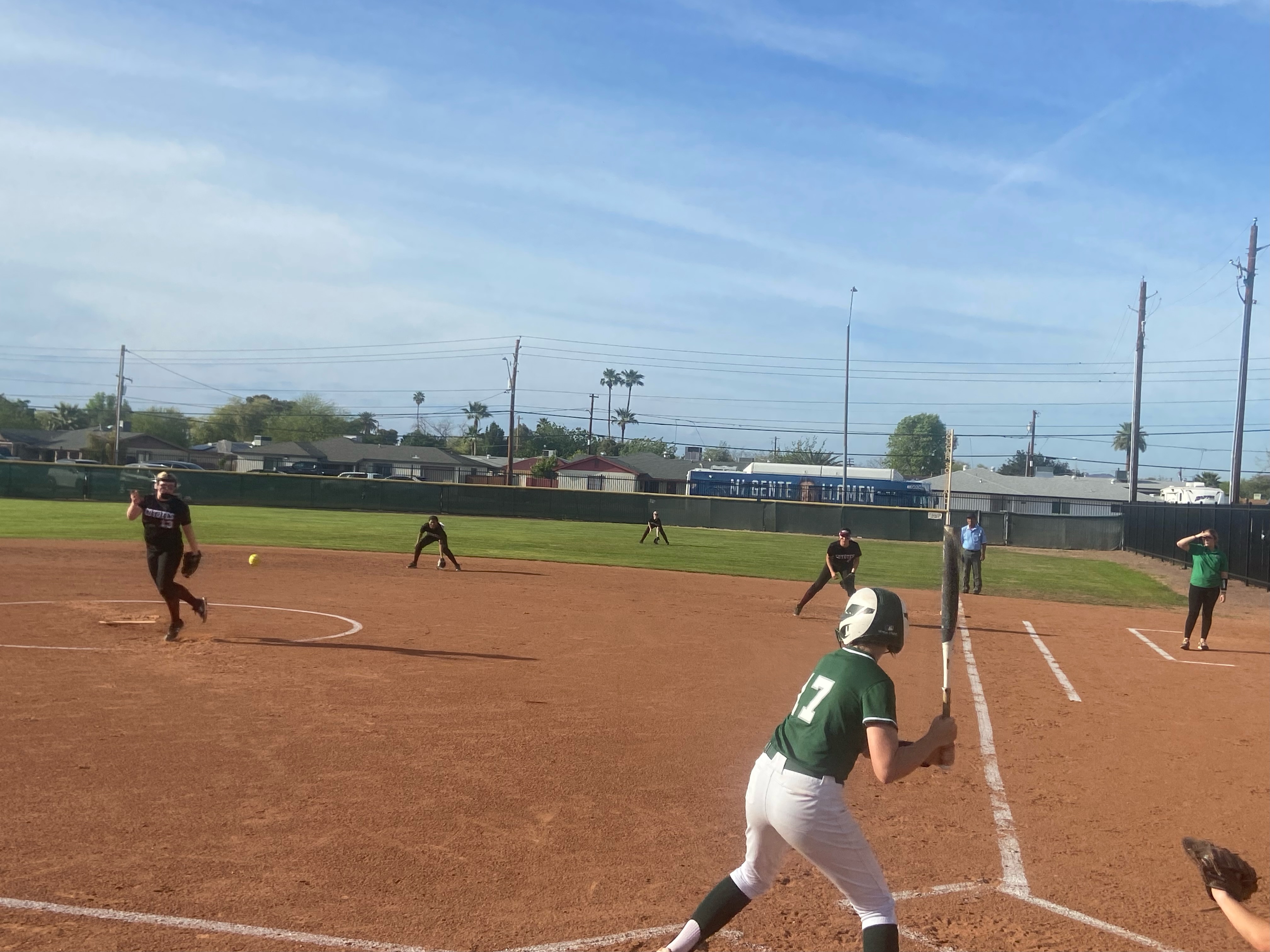 The Phoenix Christian softball team hadn’t played a close game all year— until Thursday night. The Cougars took down the Desert Heights Coyotes 7-6 in eight innings.

“Good teams are built out of games like this,” said head coach Eric Flisyn.

The game didn’t start out as the Cougars hoped. The team gave up four runs in the first inning on four hits and a walk. Desert Heights didn’t waste any time, as it took the Coyotes only 11 pitches to do their damage.

Though four runners crosed the plate for the Coyotes, Phoenix Christian did not waste time staging a comeback. Senior Malia Towne responded in the bottom of the second with a two-run triple to left field to cut the four-run deficit in half. Ruby Rhynard singled to center field to drive Towne in and make it a one run game at 4-3.

Rebekah Van Sant was in the circle for the Cougars and although she had a rough first inning, she settled in as the game went along. The sophomore pitcher threw a complete game, surrendering six runs and striking out four. Even when the stakes got high, Van Sant stayed calm the whole way through.

“(I was) staying confident in my team and just relaxing and just focusing on every pitch,” she said. 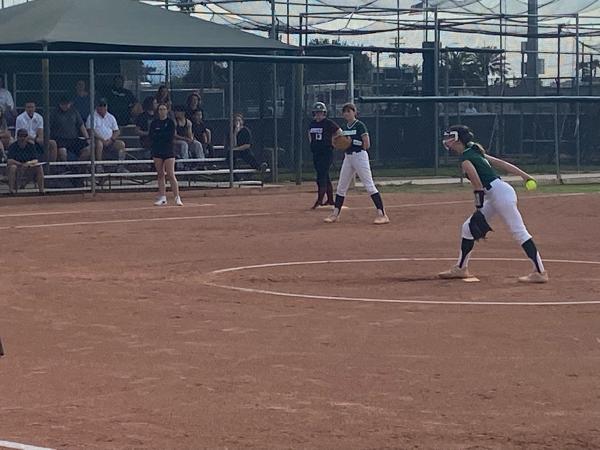 Desert Heights added a fifth run on an error in the top of the third inning, but the Cougars came right back with one of their own. In the bottom of the fourth, Kathryn Munos’ RBI single made it 5-4 Coyotes.

Action picked up in the sixth inning as Desert Heights loaded the bases on a single and a walk.  First baseman Rylee Johnson was hit with a pitch to force in the Coyotes sixth run. Van Sant kept it there as she forced a groundout from the next batter.

Van Sant walked and stole second base to start the bottom of the sixth. Rhymond drove her in with another single to center field to cut the deficit to 6-5.

Van Sant went 1-2-3 in the seventh inning, determined to finish what she started.

It was Phoenix Christian’s last chance in the bottom of the seventh as senior Jacky Vega singled to start it off. Grace Fisher bunted her over to second and the Cougars were in business. Berenice Fajardo took an outside pitch to right field to send Vega home to tie the game at six. Fajardo was caught stealing second and Daisy Martinez grounded out to end the inning.

Van Sant found herself with runners on first and second base and no outs. A line drive over Towne’s head at third was caught by Vega on a spectacular diving play, where she doubled off the runner at second, as well. The catcher, Martinez, caught the runner from first stealing second to end the top of the inning.

After two quick outs to start the frame, Phoenix Christian’s Brooklynne Blake singled to left field. Blake then quickly took second base on the next pitch and set up Rhynard with a chance to win it. With the Cougar fans on their feet in the bleachers, Rhynard hit a blooper over the head of the pitcher. Blake rounded third as the second baseman bobbled the ball, scoring the winning run for the Cougars.

Rhynard was so focused on getting to first base in time that the crowd’s roar told her what happened on the basepaths.

“I was really happy and also a bit confused,” she said.

The Cougars improved their record to 4-8 and will gear up to play Glendale Prep at home on Monday.