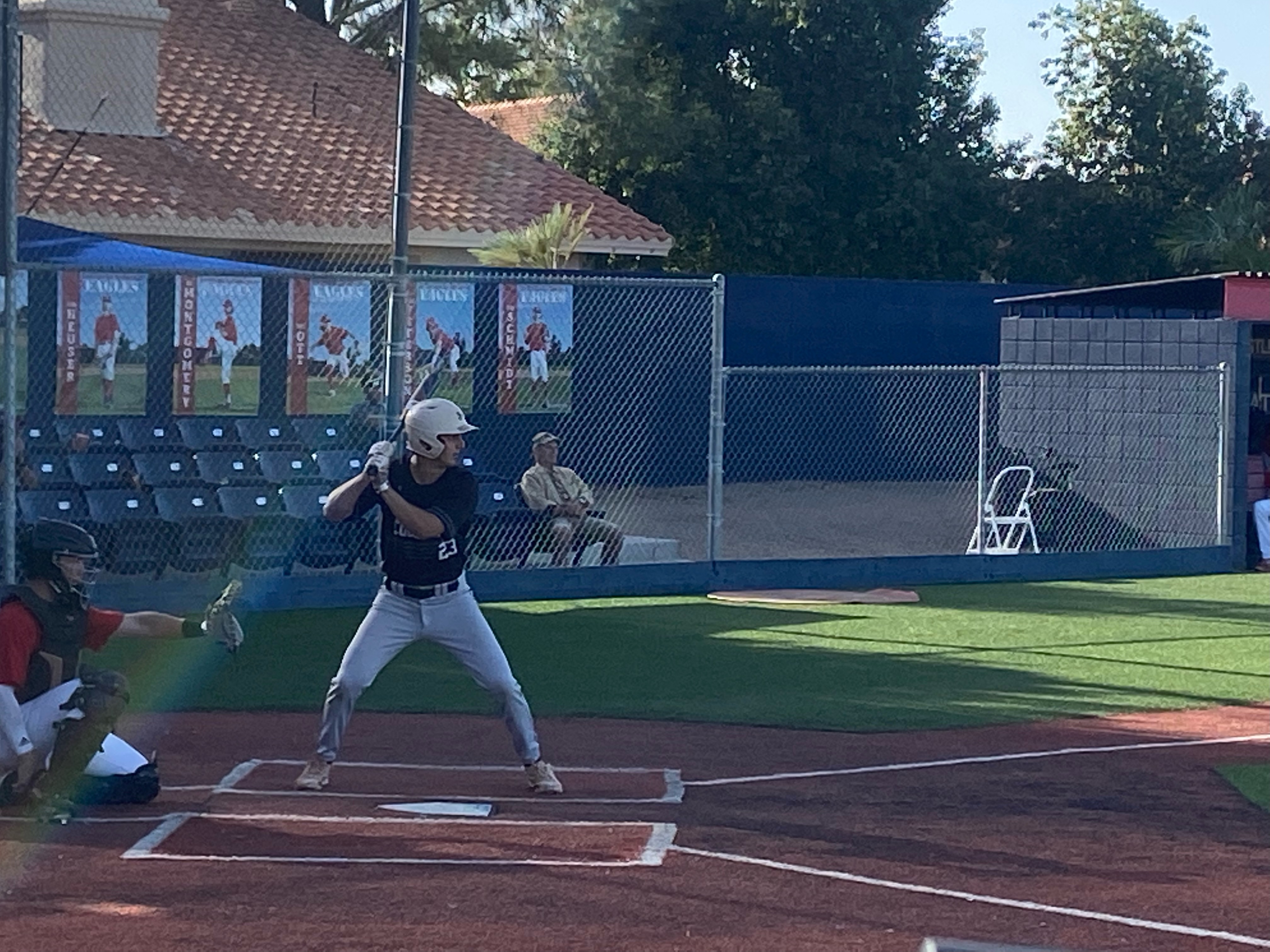 It is never easy to go on the road to face the #1 ranked team in 2A and win. However, the Phoenix Christian Cougars looked like they were on the way to victory Tuesday against Scottsdale Christian when they grabbed a 6-2 lead out of the gate. But free passes and miscues in the field made that lead vanish quickly, which allowed the Eagles to win 14-7.

Phoenix Christian’s Adon Alvarado came into the game with a .490 batting average and it only climbed as he got the Cougars off to a fast start, something he values a lot when it comes to playing talented teams.

“Getting momentum in the first few innings in a game like this, especially against a good team, is very big,” he said.

The senior shortstop doubled to right field to get the game underway. After an error, which allowed Payton Joselit to get on base , and a walk to Erik Espinoza, Frank Rhynard and Xavier Guiterez drove runs in with singles to left field. Jack Campbell earned an RBI after getting hit by a pitch with the bases loaded to make it 3-0 right out of the gate.

The perfect start by Phoenix Christian was put on pause as Eagles catcher Corwin Hemmingsen doubled home Cody Tabet to get on the board. A wild pitch allowed Hemmingsen to score, which cut the lead to 3-2. However, the Cougars’ offense didn't stop in the second frame.

Alvarado singled to center field to lead off the second, coming home on a Guiterez RBI single. Addison Fisher walked with the bases loaded to make it 5-2 and that was it for Eagles pitcher Cody Bentz. The Cougars added another run to make it 6-2 before the inning was over.

Phoenix Christian was up four runs as it went to the bottom of the second, but then the Eagles bats woke up. An error by Cougar pitcher Espinoza, along with a Jackson Geck single made the score 6-4 and the Eagles scored again before the second was over.

Junior Kadon Quitno came on to relieve Bentz and was dominant. The Eagles pitcher went 5 ⅓ innings, allowing just one run, and striking out eight. His off-speed pitches are what led him to have such success.

“I call it a curveball. The movement changes on it, but it works for me well and I threw it well tonight,” he said.

The Cougars offense was shut down by Quitno. Alvarado noticed his curveball was very hard to hit.

“Quitno was more crafty with his pitches. Off-speed was very effective. For me, it was more of a challenge than the first pitcher,” he said.

In the third inning, Scottsdale Christian started to get locked in at the plate. Whether it was drawing walks or driving balls into the gap, the Eagles were doing everything right. They made it 8-6 in the bottom of the third inning when Tabot pulled one down the left field line for an RBI double.

The fifth inning is where the game broke open. Six Eagles crossed the plate in the frame, making it 14-6 as the Cougars tried all they could to stop the bleeding, using four different pitchers in the game.

The pitching staff didn’t hold up their end of the bargain for the Cougars, but head coach Mark Band is optimistic for the rest of the season.

“I think we walked 14 guys and hit three batters. Believe it or not, we are getting better. We just need to pound the zone,” he said. 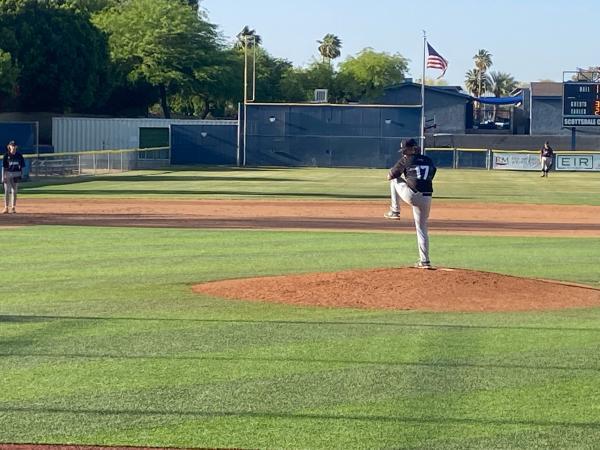 Phoenix Christian sophomore #17 Cade Flisyn fires a pitch towards home plate. (Dylan Pescatore/AZpreps365)Phoenix Christian scratched across a run in the sixth, but it wasn’t enough as the final score was 14-7.

Band knows what his team needs to work on, now it’s just a matter of executing on the diamond.

“We need to put a complete game together: pitching, fielding, and hitting. If we can pull those three together, we might end up on a positive note,” Band said.

The Cougars will host Veritas Prep on Thursday.