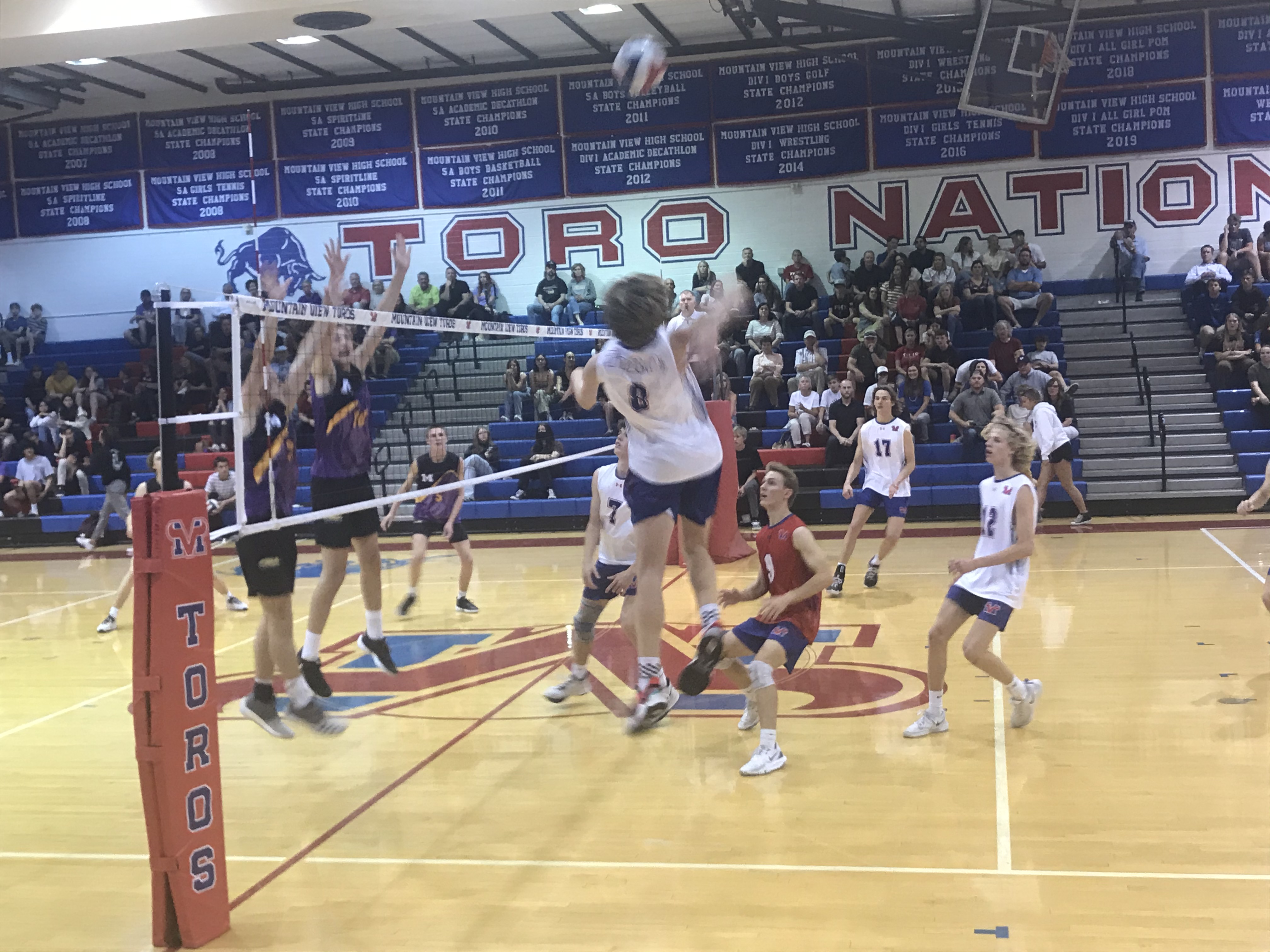 Mountain View's Trent Weyland (8) on the attack vs. Mesa in the Toros sweep of the Jackrabbits on Thursday night. (Azpreps365 photo)

Mountain View led almost the entire first set, trailing only 1-0 and 2-1. The Toros used an 11-2 run just past the midpoint to prevail going away. Mesa suffered on the attack in the set with three kills and eight hitting errors.

The second set was closer longer with Mountain View up 13-11 midway. The Toros gradually pulled away at that point getting two kills each from Weyland and Pothier and the Jackrabbits aiding with four attack errors.

Mesa produced its largest lead of the match in the third set at 7-4. Mountan View erased the deficit with a 6-0 run and cruised to the finish of the set and match. Tingey led the Toros with four of his five kills in the set. 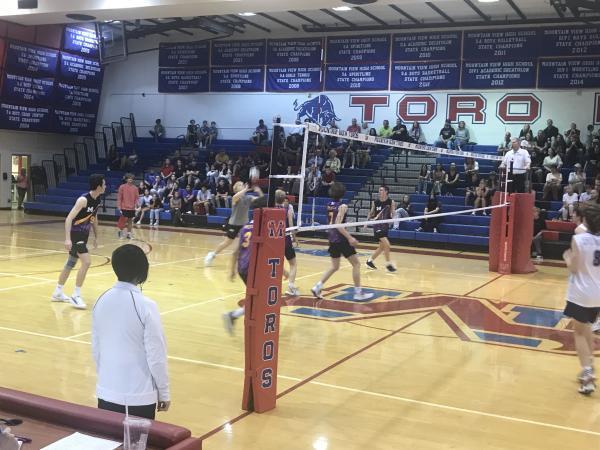 Mesa's Henry Mason (2) sets up an attack in its loss at Mountain View. (Azpreps365 photo)