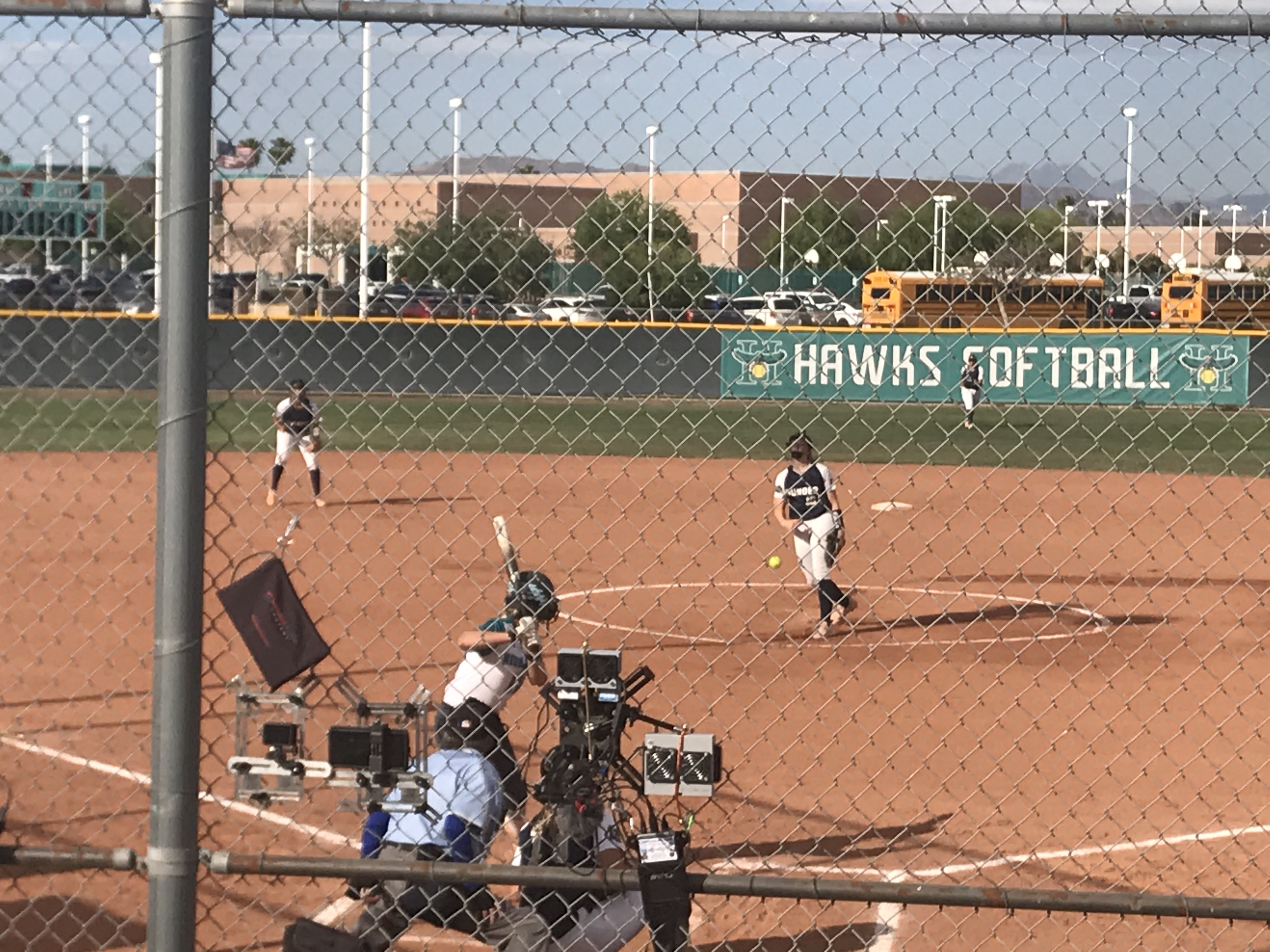 There was nothing for Desert Vista softball coach Chris Crowl to take issue over with his players on Tuesday afternoon as they held their postgame chat at Highland High.

Desert Vista received combined one-hit pitching from Jocelyn Briski and Zhalia Asi and used a 10-run, fourth inning as the impetus to a 15-0 victory over the Hawks in a 6A Central Region contest.

The win kept #1 power-ranked Desert Vista (23-6 overall) unbeaten in region at 8-0 with two region games to play. The Thunder lead second-place Queen Creek (6-2), but by virtue of sweeping two region games already with the Bulldogs the region-title chase is over. #17 Highland fell to 14-12, 2-6.

Desert Vista cranked out 16 hits off three Highland pitchers, including three home runs. Desert Vista's scoring began in the second inning via a four-run rally. It included the first of the three homers - a three-run shot by Abraya Vigil. Briski, a junior and McKenzie Leitgen, a freshman, each finished 4 for 4. Leitgen had the slightly better day with two singles, a double and a grand slam in the fourth. Briski collected three singles and a two-run homer in the 10-run outburst. Another perfect day at the plate belonged to senior Jessica Mettham - 3 for 3.

Briski worked 3 2/3 perfect innings. She struck out nine of the 11 batters she faced. Asi finished up allowing the hit and recording two Ks in 1 1/3 innings. Highland's Brookelyn Ross broke up the no-hitter and perfect game with a two-out single to right in the fourth inning. 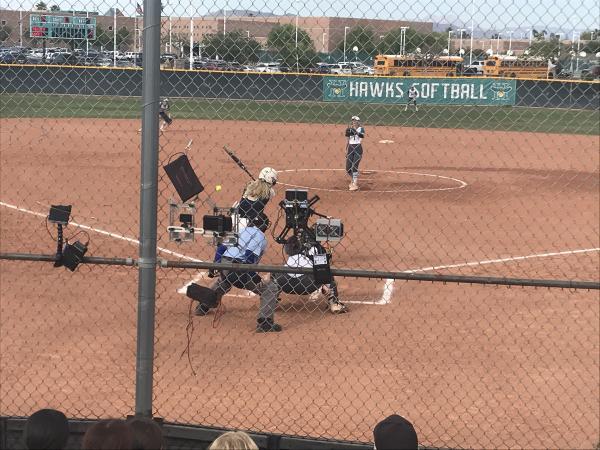 Briski singles in the 1st inning, the first of her four hits. (Azpreps365 photo)