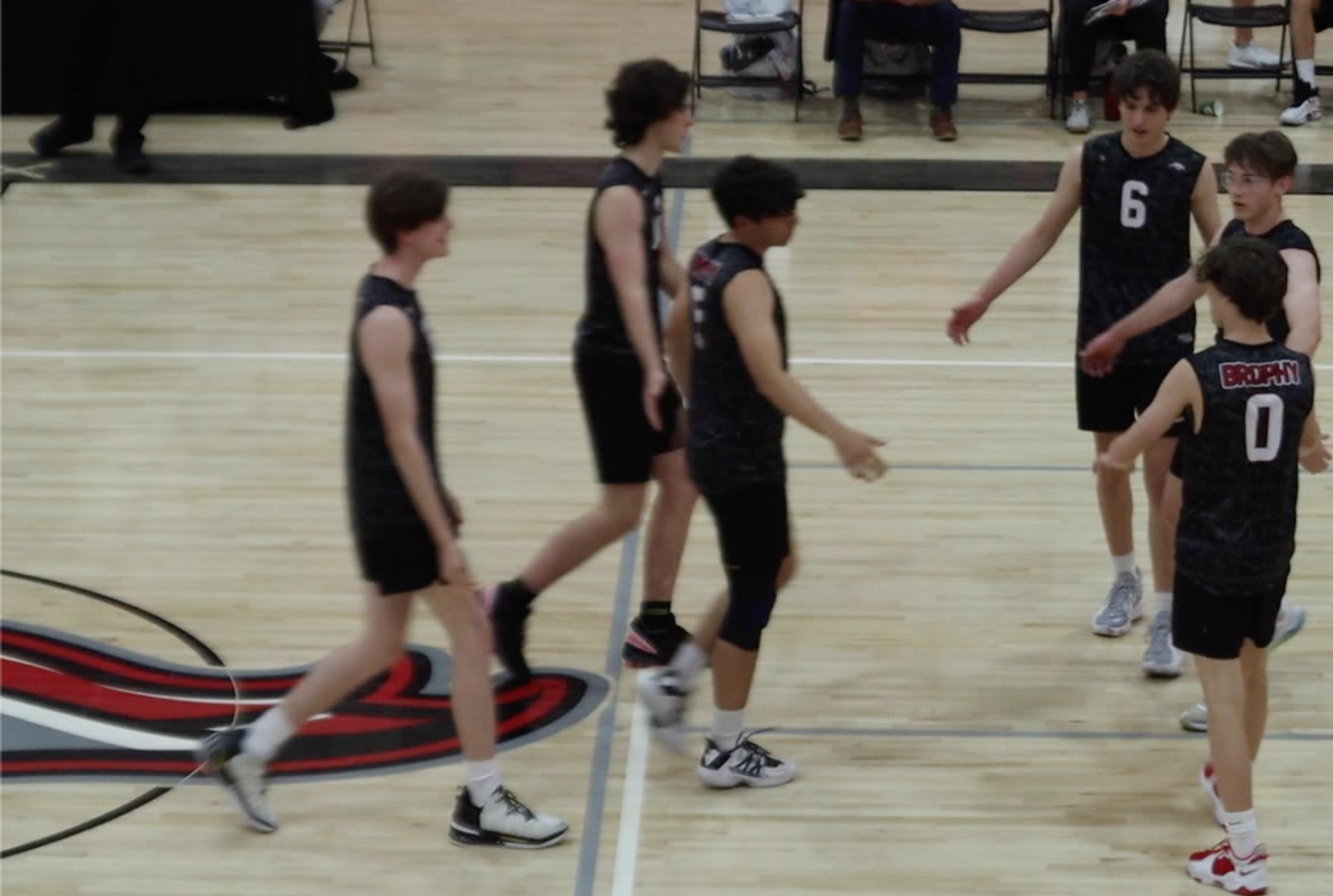 PHOENIX—Brophy Prep boys volleyball dispatched Chandler on Wednesday night at Brophy College Preparatory in three quick sets (25-11, 25-17, 25-21). The match was the second of a two-night doubleheader as the Broncos defeated the Wolves Tuesday night at Chandler High School in three sets as well.

Brophy head coach Tony Oldani knew his players were a bit lethargic from the game the previous night and other events happening.

“It’s a rough week for us,” Oldani said. “We had spring break and then we’re playing three games. Then we have our tournament Friday and Saturday so it’s difficult. We tried to get the guys in here a little earlier today just to try and get them warmed up and it showed in the beginning, and then we kind of faded.”

The Broncos came out strong with an eight-point run against the Wolves in the first set. The second and third sets were closer in competition.

Chandler kept up with the Broncos at the beginning of both sets, but lost control with its defense in the end. The Wolves could not keep up with outside hitter Andrew Warner. He had six kills within the three sets.

Chandler varsity volleyball assistant coach Erik Clapp said the loss had to do with the poor morale of the team from the beginning of the match.

“I think we lacked a little bit of energy right out of the gate,” Clapp said. “I thought we could have played our game a little bit better in terms of just showing up, but it was what it was. It was a lack of effort to start and basically to finish.”

The Chandler assistant coach has high hopes for playing the Broncos again in the playoffs coming up in the next few weeks.

“Hopefully we can get them in the playoffs,” Clapp said. “We will catch them in a game that counts a little bit more than tonight and make the right adjustments to get the win.”

“I thought a lot of the bench energy was pretty lit for at least the first few and pretty strong in the air,” Oldani said. “The defense was also pretty solid the whole night and I think a lot of things just clicked together on the court.”

Oldani was pleased with the Broncos' defensive effort at the net. “We did a good job of adjusting our block to what they want to run,” Oldani said. “They’ve got one of the best setters in the state, but we worked on really honing in on where our block was setting up on them. We did a good job with that.”

On the defensive side, Oldani said the third-ranked Broncos (12-2) need to do better than their performance on Wednesday night in order to be a true competitor in the playoffs.

“Defensively, we were okay at times,” Oldani said. “Our middles need to work and they need to be exposed like they were tonight. We have to work on that going into the state tournament.”

Brophy visits one of its biggest rivals coming into the playoffs, Perry, on Thursday. The Broncos will be in quest of their 12th consecutive win.