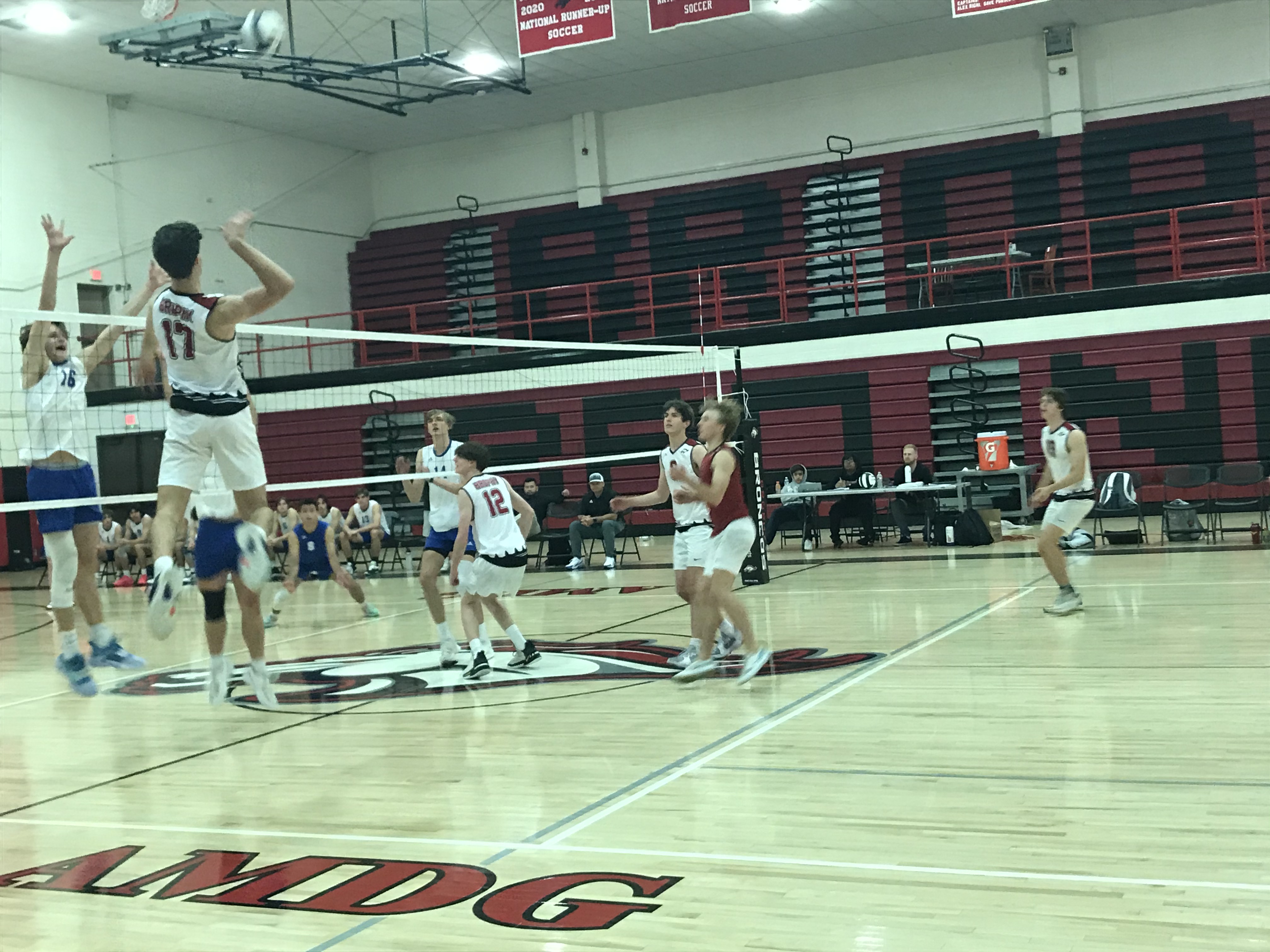 After a two-year COVID-19 hiatus, Brophy Prep was able to stage its 21st Brophy Volleyball Invitational. The Broncos advanced to the title match, trying to win for the third time in the tournamen't history. In the end they couldn't bring home the championship against formidable Sandra Day O'Conner.

O'Connor (38-0) has yet to lose a match this season, including invitationals. The Eagles added four wins Saturday, triumphing in the title match late Saturday afternoon with a 26-24, 25-21 decision over Brophy to finish up the two-day event. O'Connor lost two sets in its eight matches in the tournament.

O'Connor was led by tournament Most outstanding player, outside hitter right side Zach Rama. The 6-foot, 7-inch Rama's college stop will be UCLA. Rama was joined on the all-tournament team by a trio of teammates - libero Connor Knutson, middle Louden Heldt and setter Jaxon Herr.

Brophy, one of the teams who won a set from O'Connor in the tourney, came close ito doing so again in the first set of the title match. The Broncos managed one- and two-point leads several times in the set and were up 24-23. Their hope of winning the set were dashed by three successive kills by Rama closing the set.

O'Connor never trailed in the second set with its largerst lead five on four occasions. Brophy made a run at the end of the set, getting within 22-21 after a Caden Thompson ace. O'Connor wrapped up the title with Brophy committing a service error, a Rama kill and finally a four-hit violation by the Broncos.

Rama provided 13 kills unofficially in the title match and outside hitter Bryce Robbins was next with seven. Attack leaders for Brophy in the final were Andrew Werner with 10 kills and Teddy Churchill five.

Six of the eight teams competing in the tournament were represented on the all-tournament team - O'Connor, Brophy, Perry, Highland, Casteel and Mountain View. They are by position: 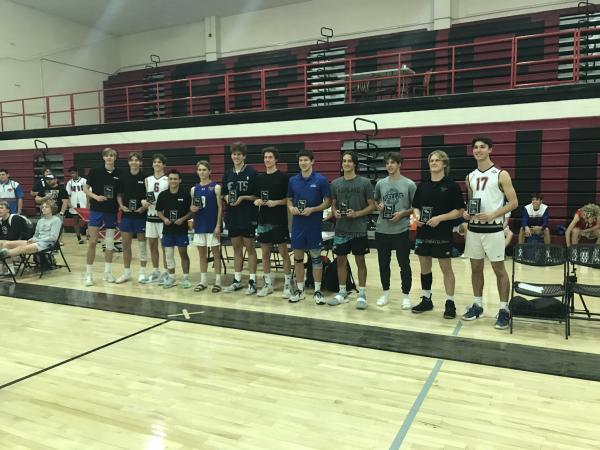