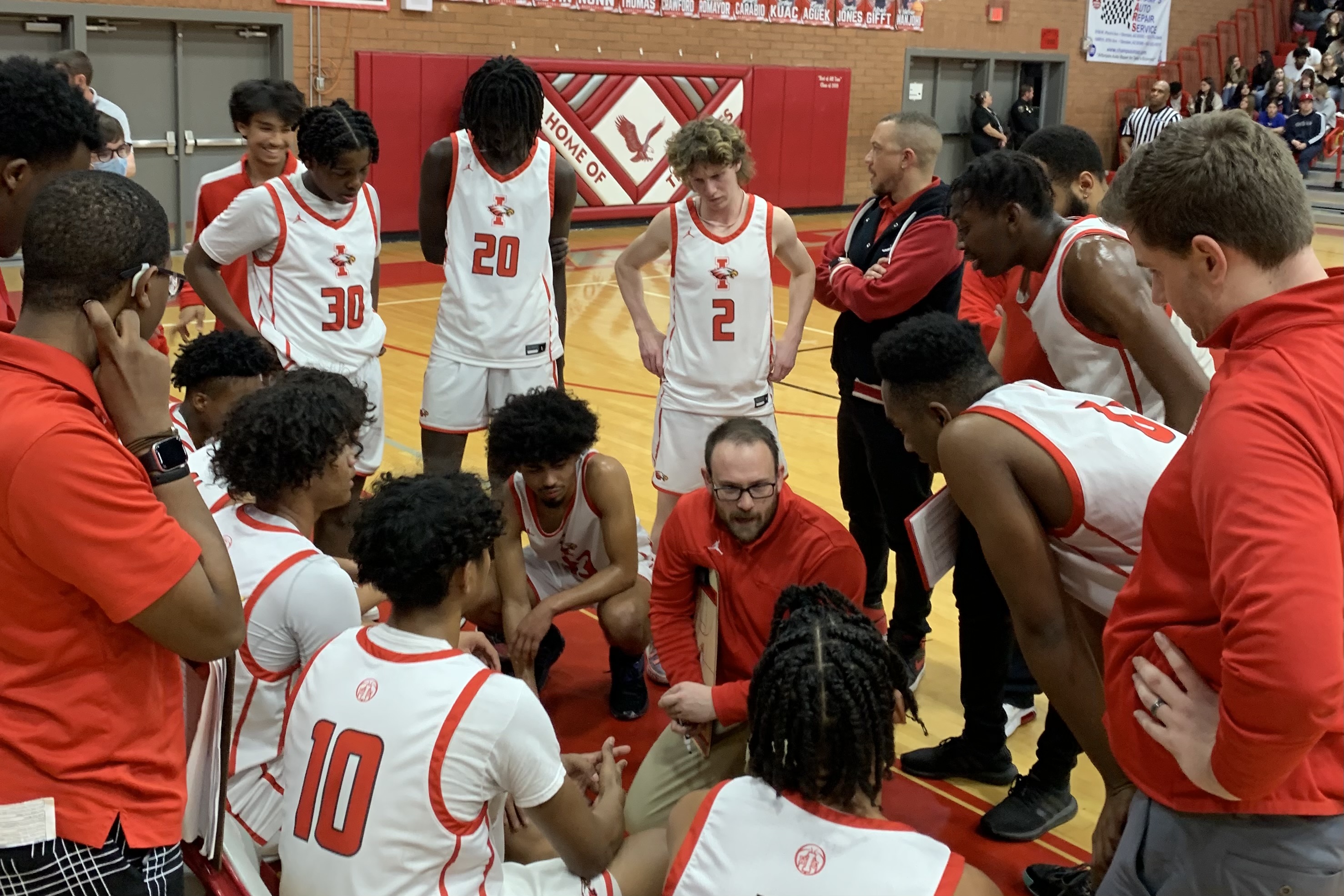 Ever wonder why certain people coach sports? It can be because of their personal competitiveness or to teach valuable lessons to their players. It really doesn’t matter as long as they love coaching and are a mentor for young adults who are athletes.

High school coaching can require a lot of hours. However, the time and effort that goes into coaching is about more than winning. It’s often about helping the players reach their full potential and become better human beings.

Damon Mays who is the volleyball coach at Ironwood High School is in his second year as the head coach. Mays says the reason he coaches is because he enjoys serving people and making changes in players' lives.

“The main reason I coach is because I genuinely love being able to help people and be a positive impact in people's lives,” Mays said. “I get so much gratification from coaching and seeing players grow and develop into not only better volleyball players but human beings.”

Longtime Ironwood wrestling coach Sean Flanigan is another perfect example of a coach who cares about his players more than winning. Flanigan has been a coach for over 30 years. Before becoming the head wrestling coach in 1999, he coached track and field from 1996 to 1999. The reason he continues to coach after all these years is to be a role model for those in need. He also wants to see the boys grow into well-respected men.

“(I) started to realize there was a significant need for young people to have stable adults who are in a mentor role for them,” Flanigan said. “The drive to win does not keep me in coaching. The desire to see boys grow into quality young men through competition, self-discipline, and hard work is something I enjoy and see great value in. I feel competitive sports is a really good venue for kids to learn how to handle stress, defeat, and understand the relationship between hard work, consistency, and success,”

In addition, Flanigan considers sports as a great setting for kids to develop life skills. He also thinks sports help students understand that nothing is given in life. For example, a championship title is earned through hard work.

“The world is not here to give you what you need. You have to pursue it...so I think competitive sports is a good venue for that. As a coach I see that as a real value… being able to help students come to terms with that reality,” Flanigan said.

Damon’s main focus is not only teaching the sport to every team he coaches, but to make a difference. He has confidence that the impact he makes on his players will help them flourish beyond the court.

“There are so many life lessons learned through sports that translate into real life and the experiences and memories last a lifetime. At the end of the day, volleyball is just a game and although I love to win, it’s more important to me that players learn things that will help them be successful in anything they decide to do,” Mays said.

Although Mays and Flanigan value teaching life lessons through sports, others choose to coach for the love of the game. For example, Tim Beck, who is the head coach for the Ironwood boys soccer team, first got into coaching when he was hired as a teacher in 1994. He always had a love of soccer and decided to give it a try.

“Certainly, the interaction with athletes, teaching of the game, and my competitive spirit are all important reasons I continue to coach,” Beck said. “Love and appreciation of the game (have) been a consistent factor in my continuing to coach. All the players that have come through my program hopefully have experienced my love for the game and my commitment to their success.”

Luckily, Beck had a supportive wife who encouraged him to pursue his coaching career even though it required long hours.

“I’ve been married for 30 years. Being able to navigate these past 28 years coaching really comes down to my wife Amy,” Beck said.

You would think Beck was the one making all the sacrifices, but it was his wife that put her career on hold and took care of the kids. Which allowed Beck to focus more on coaching.

“She made it possible for me to continue coaching as we raised our children, and she made most of the sacrifices along the way, including putting her teaching career on hold for seven years to stay home with our kids before they entered school, which allowed me to put in the extra hours of coaching," said Beck.

Another coach that takes great pleasure in coaching is Tatum Henderson. Henderson is actually in her second year of coaching at Ironwood. She first started as an assistant coach and eventually got promoted to head coach this year for girls basketball. Her coaching career might not be as long as Beck’s, but they share the same appreciation for the game and players.

“I have a passion for athletics and all that comes with them. The adrenaline and competitiveness that you can find on the court is unlike anything else,” Henderson said. “Being in a coaching position also allows you to discover some of the more meaningful and life-long reasons for indulging in athletics. I have loved being in this role because sharing my own values and lessons with my girls is something that I hope will impact them far beyond the minutes and hours they spend in the gym.”

As much as these four individuals from Ironwood love coaching and want to teach valuable lessons, they all had to learn to balance their lives on and off the court or field. When you’re a head or an assistant coach you have to make sacrifices. Even if that means time away from your family.

“Balancing coaching and my personal life is honestly something I am definitely still working on," Mays said. "I sacrifice a lot of time and energy because I'm never satisfied and always trying to figure out how I can help my team get better in every aspect.

Henderson is also still learning how to navigate the coaching life while she finds time for herself.

“I have found that if I give 110% of my attention and effort to the program during designated minutes and hours, it is easier to walk out of the gym without feeling like there is more to do,” Henderson said. “If I have done everything I can and given all that I have, there is no reason to dwell on things beyond my range of control. This allows me to enjoy and indulge in my own personal life while still ensuring that the program and my players are getting everything they deserve from me.”