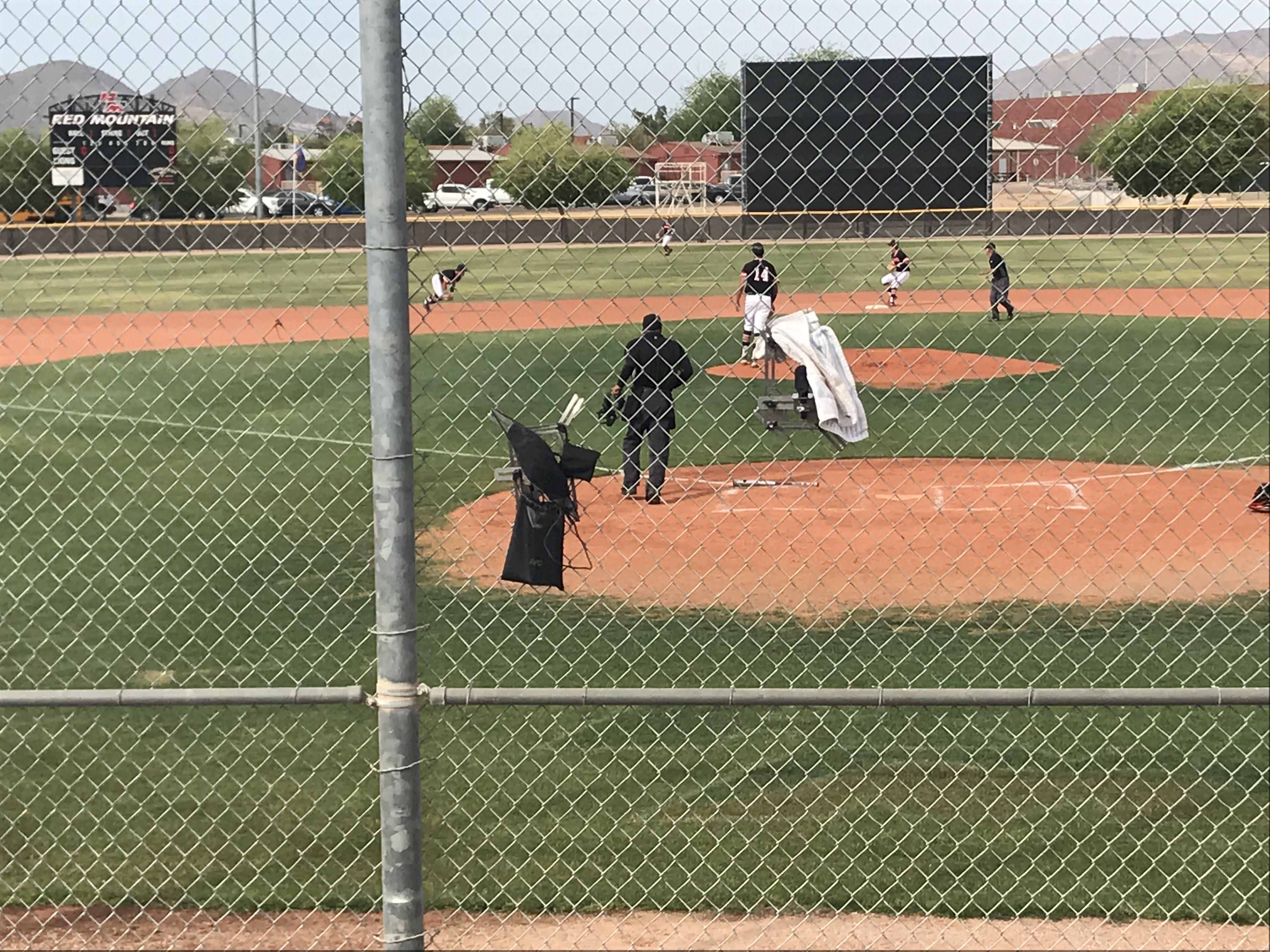 #12 Corona del Sol was one and done in the 2021 in postseason as the Covid pandemic saw fit to limit the 6A playoff field to 16 teams and a single-elimination format.

Double elimination is back for 2022 in 6A and the Aztecs took advantage on Tuesday with a 5-3 elimination-game triumph over host #4 Red Mountain.

Corona evened its season record at 14-14 and earned itself at least one more game. The Aztecs will play at #1 Hamilton, who was blanked 5-0 by #8 Chaparral. Game time on Thursday at Hamilton is 4 p.m. Red Mountain, the East Valley Region champion, finished 18-10.

An early collection of runs (two in the second and three in the third) put the pressure on Red Mountain. Corona bunched five singles in the second and one hit, three walks and an error to build a 5-0 lead. Corona's starting pitcher, 6-foot-5-inch lefty Cole Carlon, performed a tight-rope act in his six-plus innings of work. Carlon allowed 11 hits, walked two and struck out five and picked up the victory. He allowed all three runs - two in the seventh inherited by reliever Austin Balmes, who finished up.

Zac Wroble had two RBI - one each in the second and third. The three-run third was initiated by three straight walks by Red Mountain starter Cayne Killion, who took the loss. The only RBI in the third belonged to No. 9 hitter Owen Janssen via single. Seven of Corona's starters had a hit, noone with more than one. Catcher Landon Springmeyer was 1 for 1 (double) and walked three times.

Red Mountain outhit Corona, 11-7, and left 10 runners on base. The Mountain Lions left the bases loaded in the first and managed only one run on four hits in the third. They had runners on in every inning but the sixth. They were led at the plate by cleanup hitter Landry Spitler (3 for 4) and Skylar Edmonds and Brayden Grantham (each 2 for 3). Edmonds scored twice and Grantham had two RBI.

Seven of Corona's starters had a hit, noone with more than one. Aztecs catcher Landon Springmeyer was 1 for 1 (double) and walked three times.