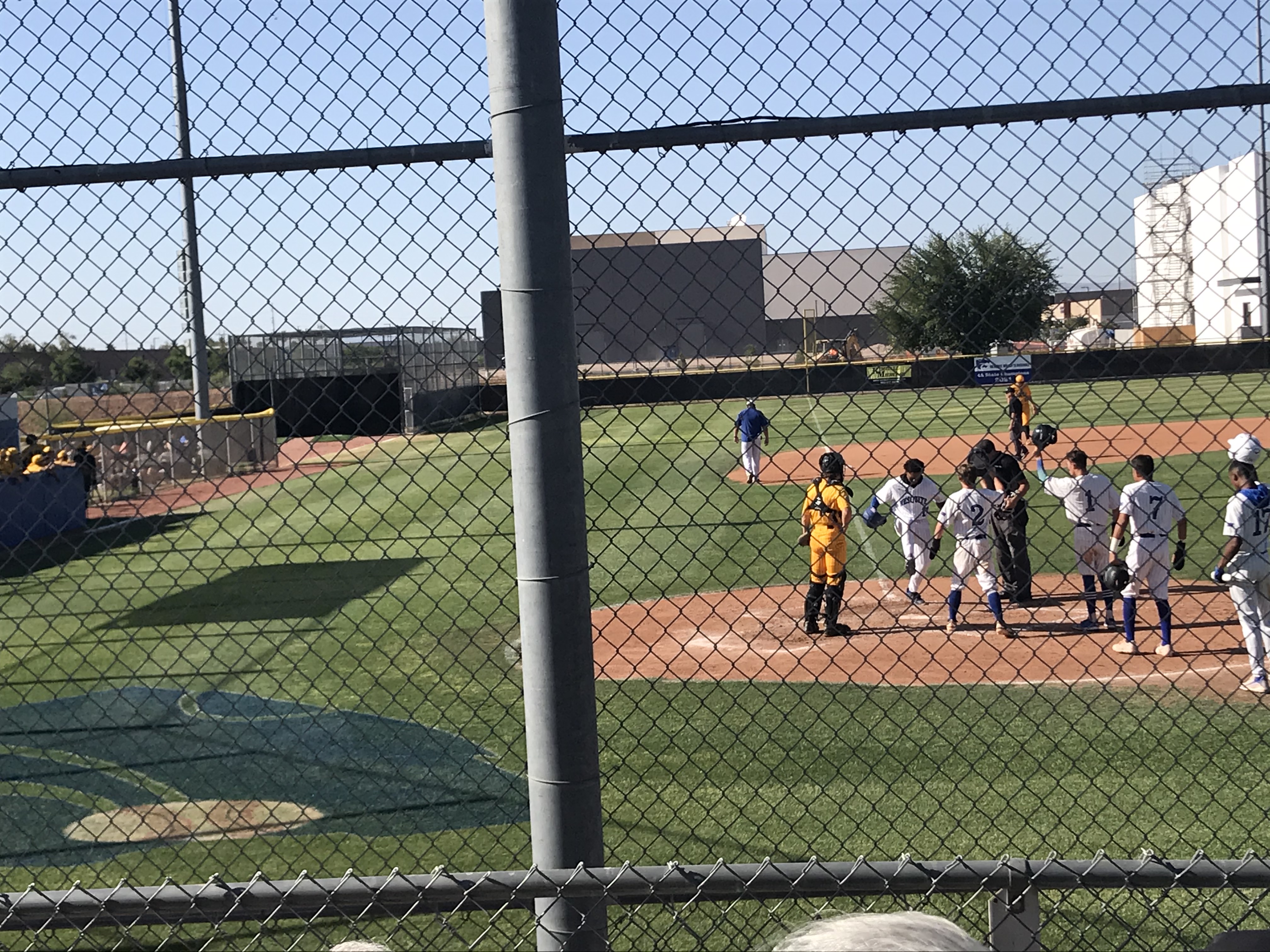 Mesquite's DJ Barrett (helmet in hand) prepares to cross home plate and finish his grand-slam tour of the bases in the Wildcats win over Saguaro. (Azpreps365 photo)

Mesquite's DJ Barrett has only managed about a third of a season of action for the fifth-seeded Wildcats, but he has and is making the most of it.

Barrett continued his torrid play Wednesday afternoon for Mesquite in the 4A state tournament driving in five runs in an 11-1, five-inning triumph over #9 Saguaro at Mesquite.

Barrett, a senior, had to sit out a large chunk of time after transferring from Hamilton before the season began. In 12 games for Mesquite (22-9-1) Barrett's offensive numbers are eye-catching - he is hitting .500 (20 for 40) with 9 home runs and 27 RBI. He pitches, too, and was the tough-luck losing pitcher Monday in a 2-1 decision to Canyon del Oro. He worked all six innings, allowed four hits, a walk and fanned six.

In Wednesday's win over Saguaro, Mesquite put the game in hand quickly. The Wildcats scored twice in the first via a sacrifice fly by Barrett and RBI single by Kyree Gatewood (3 for 3, 2B and 2 RBI). The margin grew to 7-0 after two innings as the Wildcats batted around. An RBI single from Tariq Freeny and Barrett's grand slam accounted for the runs. 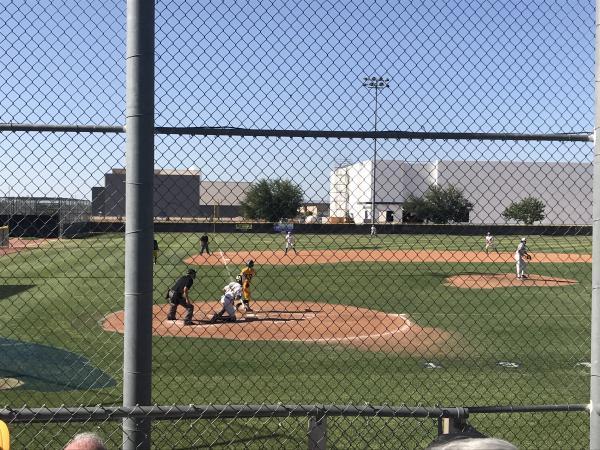 Mesquite's Sebastian Granillo fans Saguaro's Aiden Bronska (13) for one of his 6 Ks on Wednesday. (Azpreps365 photo)