Salpointe and Canyon del Oro advance to the 4A Semifinals 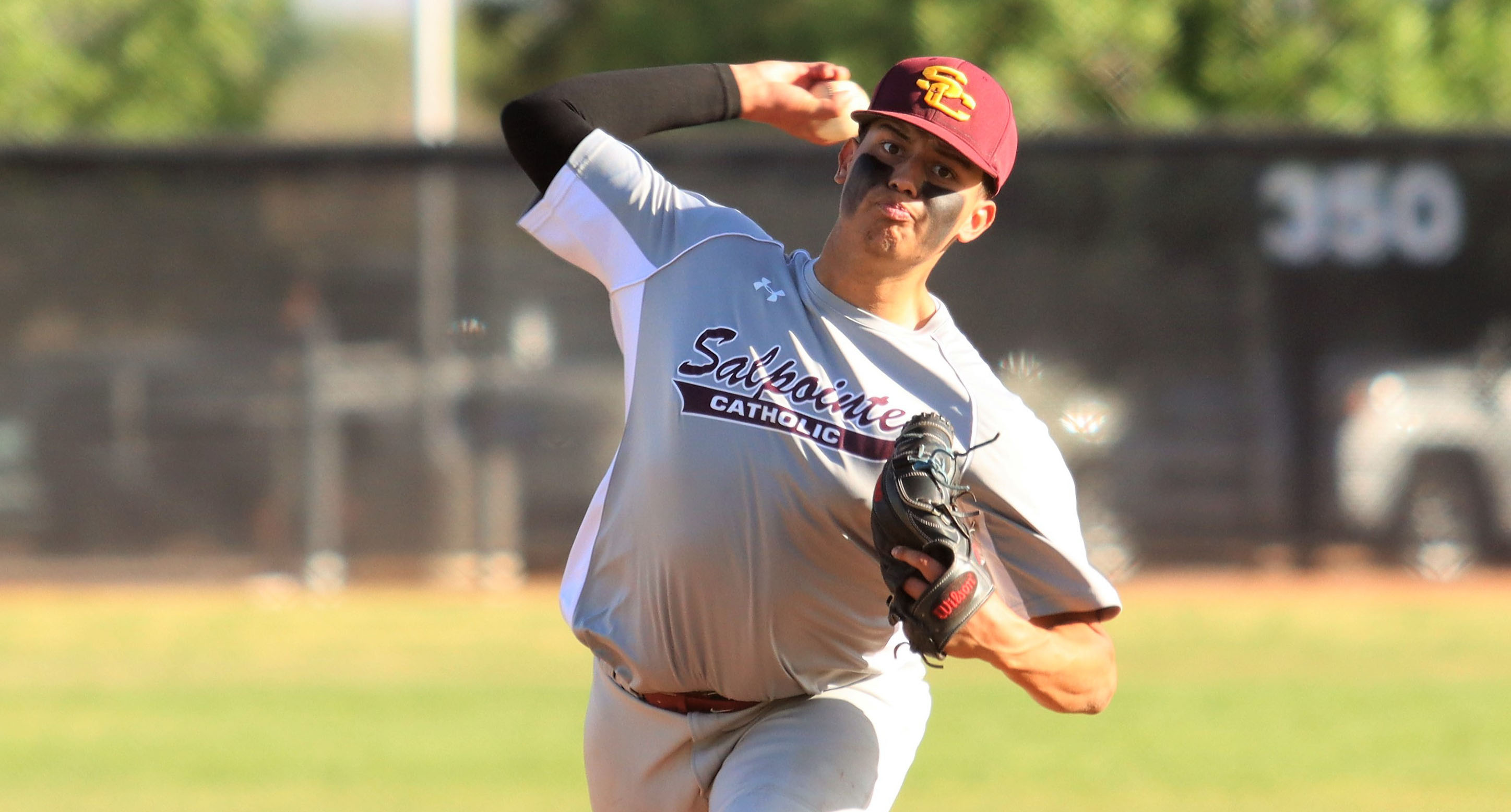 No. 3 Salpointe Catholic held on to beat No. 2 Walden Grove 4-2 on Wednesday to advance to the 4A super semifinal round slated for next Wednesday at 4 p.m. against the winner of Walden Grove and No. 6 Notre Dame Prep. Tempe Diablo Stadium will host the semifinals for the 4A Conference and the championship games for all six conferences.

Notre Dame (23-6) beat No. 7 Sahuarita 10-0 in the Elimination Bracket also on Wednesday to set up the game at Walden Grove (26-4) scheduled for Saturday at 4 p.m. Walden Grove beat Notre Dame 17-2 in March during the regular season but that was almost two months ago and the Saints are much improved. For instance, Salpointe (21-10) beat Notre Dame 11-1 three weeks ago but the Lancers pulled out a slim 7-6 win at home to send the Saints to the Elimination Bracket on Monday.

Walden Grove sophomore Alejandro Martinez broke up a no-hitter in the fifth inning Wednesday at home but the Lancers were already riding a 4-0 lead at that point behind the arm of Robert Lopez (6-2) and some aggressive hitting at the plate. Lopez came out on top 4-2 against the Red Wolves on April 12 and the Pima College commit collected 14 strikeouts in that victory but he relied more on his defense this time with seven recorded strikeouts on Wednesday. 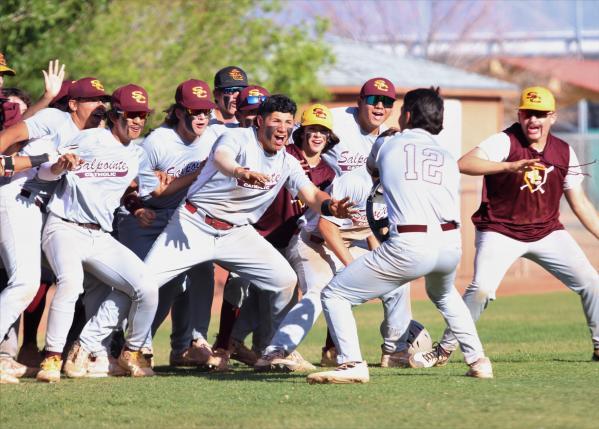 Josh Burke started the game off with a double off of Luis Pablo Navarro and then Mason White drew a walk one out later to set up an RBI single from Jose Simon. Conner Raetzman came up with another RBI later on in the top of the first inning to give the Lancers a 2-0 lead. Salpointe worked the bases full in the second inning but Alex Urias-Calvillo picked up a strikeout in relief to hold the Lancers off.

Owen Guest hit a sacrifice fly in the third inning to score Omar Monreal to give Salpointe a 3-0 lead and then Mauro Acuña put the Lancers up 4-0 on a solo shot in the fourth inning.

The Red Wolves started to make contact in the fifth on Lopez and Milo Rushford broke through with a home run in the sixth to cut the lead down to 4-1. Guillermo Metzler made it 4-2 in the bottom of the seventh on another home run and then an error put the tying run at the plate but Lopez collected his seventh strikeout for the complete-game victory. Rushford kept the game close after he took the mound in the sixth and he shutdown all five batters he faced including two strikeouts.

Walden Grove had the winning or tying run at the plate in three of the four losses this year including a 5-4 loss against the top team in the 5A Conference in Nogales. It will be a difficult task but the Red Wolves will need three wins in six days to make it to the championship game, including two wins over Salpointe.

Dominic Felix picked up the win for Canyon del Oro against Poston Butte and he also had a double and an RBI. 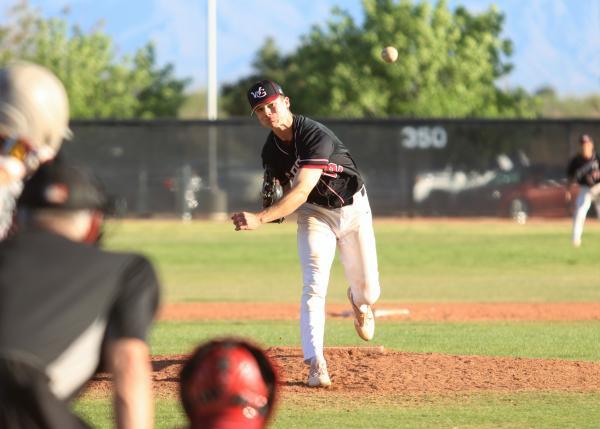 Salpointe senior and ⁦@BaseballPima⁩ commit Robert Lopez took a no-hitter into the 5th in a 4-2 win over No 2 Walden Grove to send the No 3 Lancers to the super semifinals on May 11 #azpreps365 pic.twitter.com/GOutUpJauG

Salpointe’s Mauro Acuna went deep to help give the Lancers a 4-2 win at Walden Grove in the 4A playoffs. The No 3 Lancers advance to the super semis on the 11th. The No 2 Red Wolves will host Notre Dame on Saturday in an elimination game #azpreps365 pic.twitter.com/l4vC1ieA4c