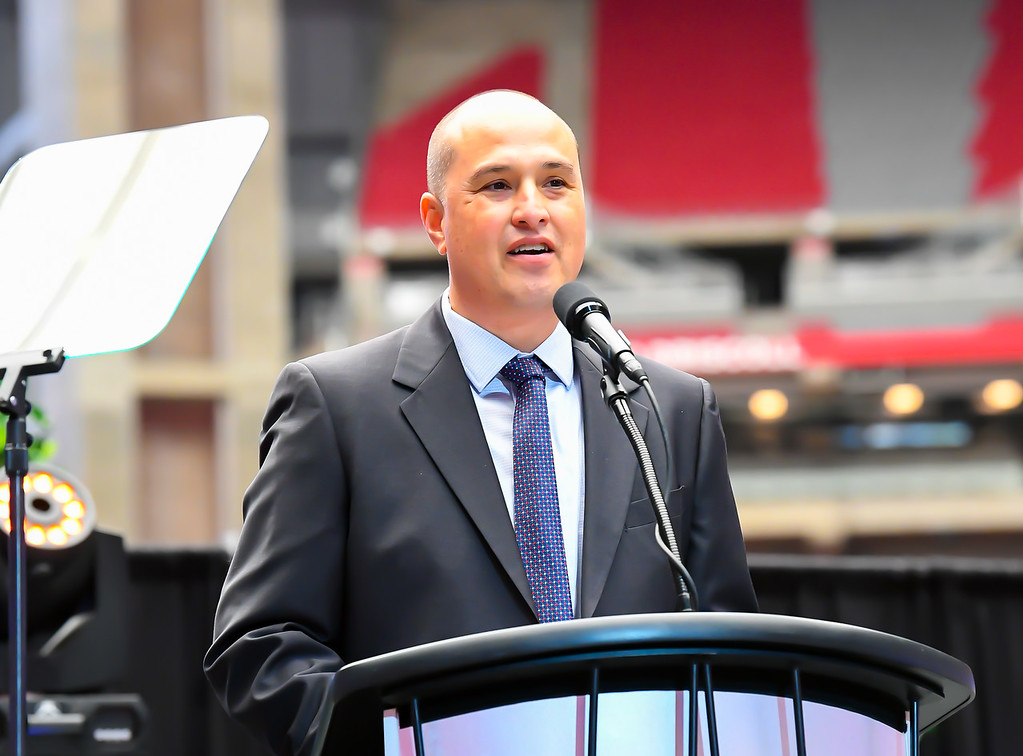 Jose Garcia is a busy guy. Even on a Sunday in late April he was repping AZPreps365 at the 38th Arizona High School Coaches Hall of Fame Banquet honoring the latest five inductees.

But there was a one more surprise recognition that evening. Jose himself.

The tireless AZPreps365 multimedia contributor was indeed part of the ceremony that day along with the esteemed club of coaches. The group presented Jose with a memento recognizing him for the incredible contributions for promoting student-athletes around the state for more than two decades.

Whether it's spearheading logistical items at AIA headquarters, coordinating bracket shows for championship sports, readying for weekly Saturday radio shows all throughout the school year, or supplying info and guidance to young and old prep journalists -- he's available.

There's not a more affable guy as one of the primary faces of AZPreps365. For a coaches Hall of Fame to honor a non-coach shows admiration and respect. And Jose deserves it.

In his current position with the AIA, Jose has written over 1,000 articles that have appeared on AZPreps365.com dating back to 2012 and has hosted dozens of live shows that have appeared on the NFHS Network and YouTube. Additionally, Jose helped relaunch a popular preseason Arizona high school football publication, Sollenberger’s AZ Football Prep Magazine. Thanks to his help, it remains the second-longest running preseason high school football primer in the country. He has also produced and co-hosted the AZPreps365 radio show for several years on KTAR and The Fanatic.

His passion for Arizona high school sports began in 1999 with The Arizona Republic, where he covered high school sports for 13 years. During his tenure with The Republic he also served for five seasons as a sideline reporter for Channel 12’s popular high school football wrap-up show Friday Night Fever.

Jose grew up in Southern California and is a U.S. Army veteran.