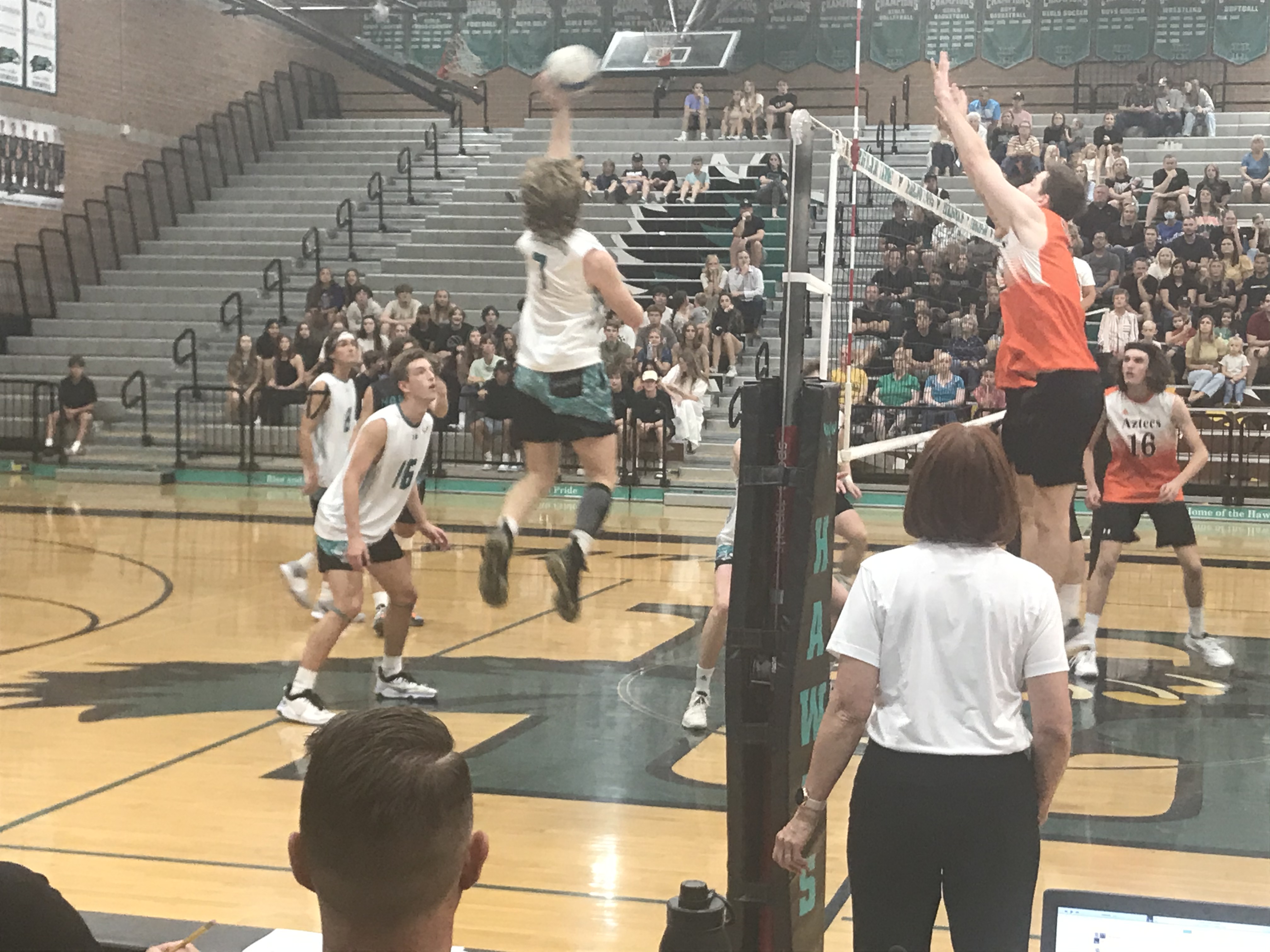 The third time wasn't a charm for Corona del Sol's boys volleyball team on Tuesday night in its quest to defeat 6A Central Region foe Highland.

Second-seeded and host Highland recorded its third sweep of seventh-seeded Corona del Sol, this time in the first round of the state tournament. Scores were 25-16, 25-21, 25-13.

Highland (38-4-1), the Central Region champions, advances to the 6A semis for the third year in a row - seeking to reach the title match for the first time since winning the title in 2013. Highland plays host to #3 Perry, which advanced with a four-set victory over #6 Chandler. Highland and Perry play their semifinal match Thursday at 6 p.m. Corona del Sol's season ended with a record of 21-12.

"I thought we were locked in and did a good job at the start," Highland coach Jeff Grover said. "And we finished strong."

Highland doesn't place its attack load on one or two players and it continues to serve the Hawks well. Junior outside hitter Jace Adams led offensively with nine kills, followed by junior Jaren Brown (eight kills) and five kills each for junior Hayden Winegar and senior Ethan Whitmore. Adams and Winegar added more punch from the service line with five aces apiece. Corona del Sol was paced on the attack unofficially by junior Jon Seddon with nine kills.

Corona's chance to make the evening interesting came in the second set. The Aztecs were in front or even through most of the first half of the set. An ace by Cade Banks gave Corona its largest lead at 14-10. An 8-0 run by Highland put the Hawks in command at 20-15. Corona kept working and pulled within 24-21 on a block by Tim Hinton. Jack Zaharis quickly ended Corona's bid to even the match at 1-1 with a tip for the 25-21 win.

Highland dominated the final set with a 9-1 run early snapping a 5-5 tie. Adams served all the points in that decisive run. 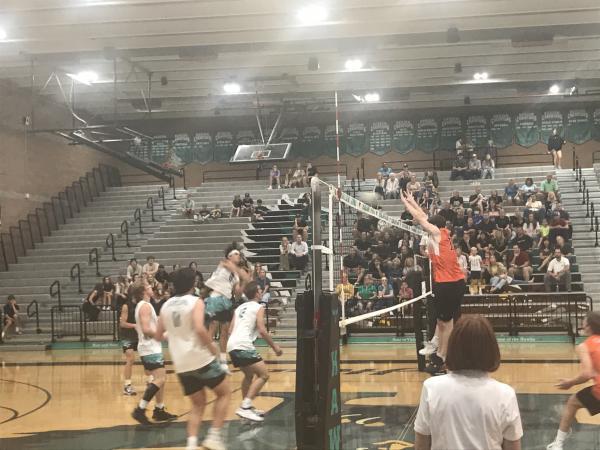