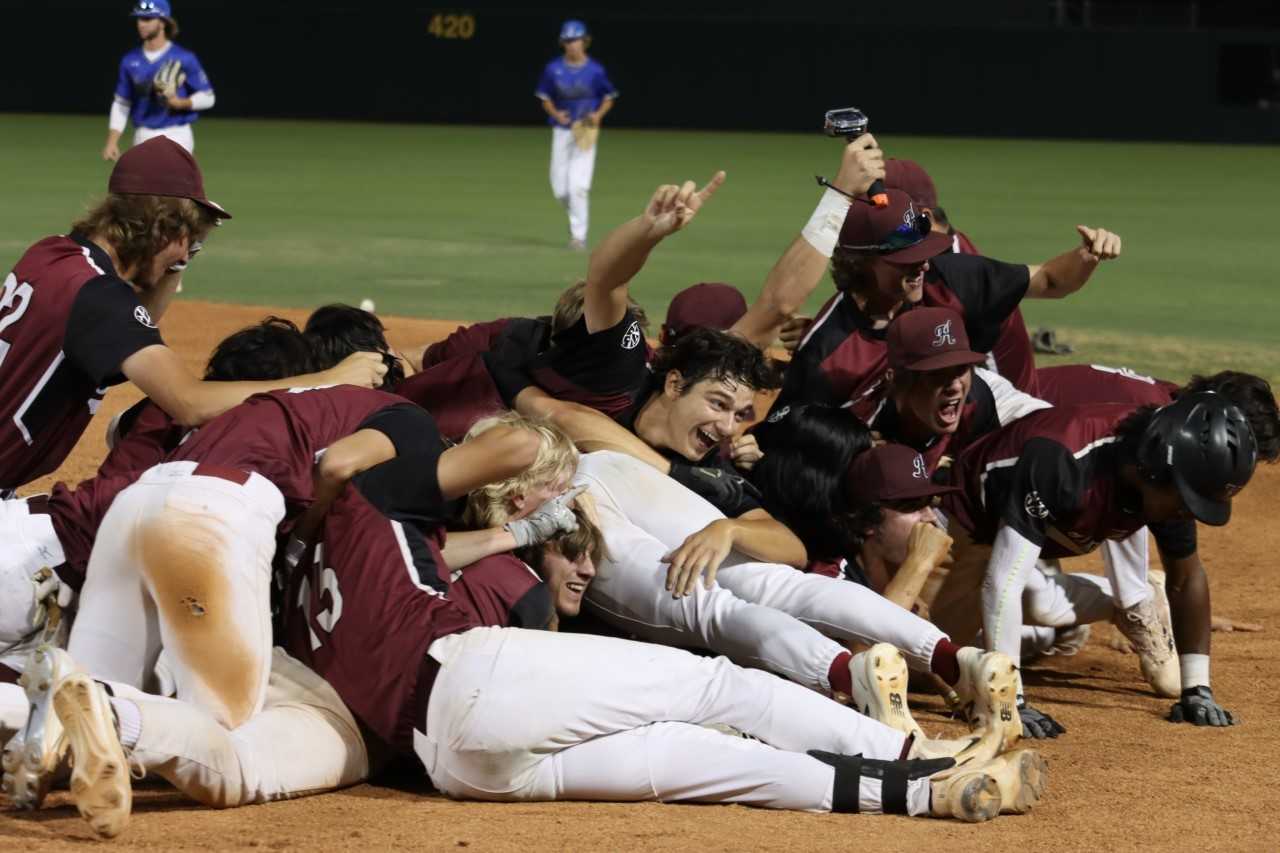 Hamilton won its eighth baseball championship in 11 tries on Tuesday night. Five of those title games went the distance and three were lopsided final scores.

#8 was in the lopsided category as the Huskies rode the pitching of Kole Klecker and offense that scored multiple runs in all five innings in an 11-1, run-rule conquest of city and Premier Region rival Chandler High at Diablo Stadium.

Hamilton coach Mike Woods had a couple options on who to start Tuesday, but couldn't overlook Klecker's previous start vs. Chandler.

"We believe in Kleck," Woods said. "When he has his fastball he's at his best. He had it tonight."

The start for Klecker in the title game was his second of the postseason. His other outing was against Chaparral on May 3 in the second round. That was Hamilton's only loss of the tournament, 5-0. Klecker hadn't pitched in a game since (two weeks) while Woods other option (Logan Saloman) had thrown in three games and most recently last Friday (May 13).

The Huskies (29-4) gave Klecker plenty of support early and continously. They scored three runs in the first, two in each of the second through fifth innings. Klecker pitched out of a slight jam in the first with Chandler having runners at second and third with one out (thanks to a single, error and wild pitch). Klecker fanned cleanup hitter Daniel Hutchison and a induced a ground out by Mattix Meade to end the threat.

Hamilton's offense rewarded Klecker with three runs in the bottom of the first with Klecker part of the rally. Prince DeBoskie, who finished with three RBI, doubled in a run and Klecker capped the inning with an RBI triple to right.

The Huskies went to the long ball in the second to add two runs - a Gavin Turley two-run blast to the berm in left. Chandler pitcher Kyle Sleconich gave up the runs in the first and second and started the third. He issued back-to-back walks ending his stint. Those baserunners came around to score via a throwing error and double by Cooper Brass.

Klecker singled home one of the runs in the fourth and DeBoskie brought the game to an end with a two-run single in the fifth. 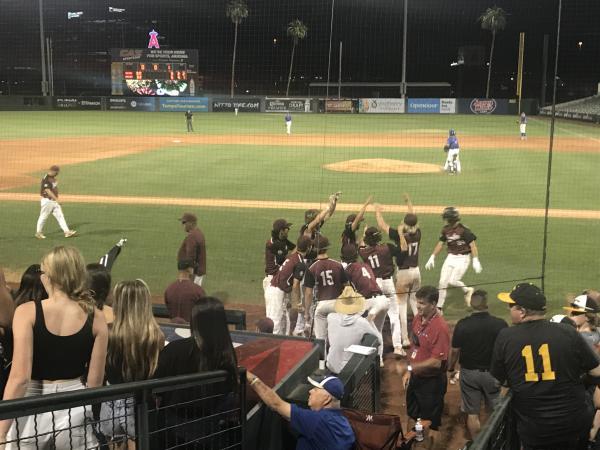 Hamilton's Gavin Turley is greeted by teammates after a two-run homer in the second inning. (Azpreps365 photo)