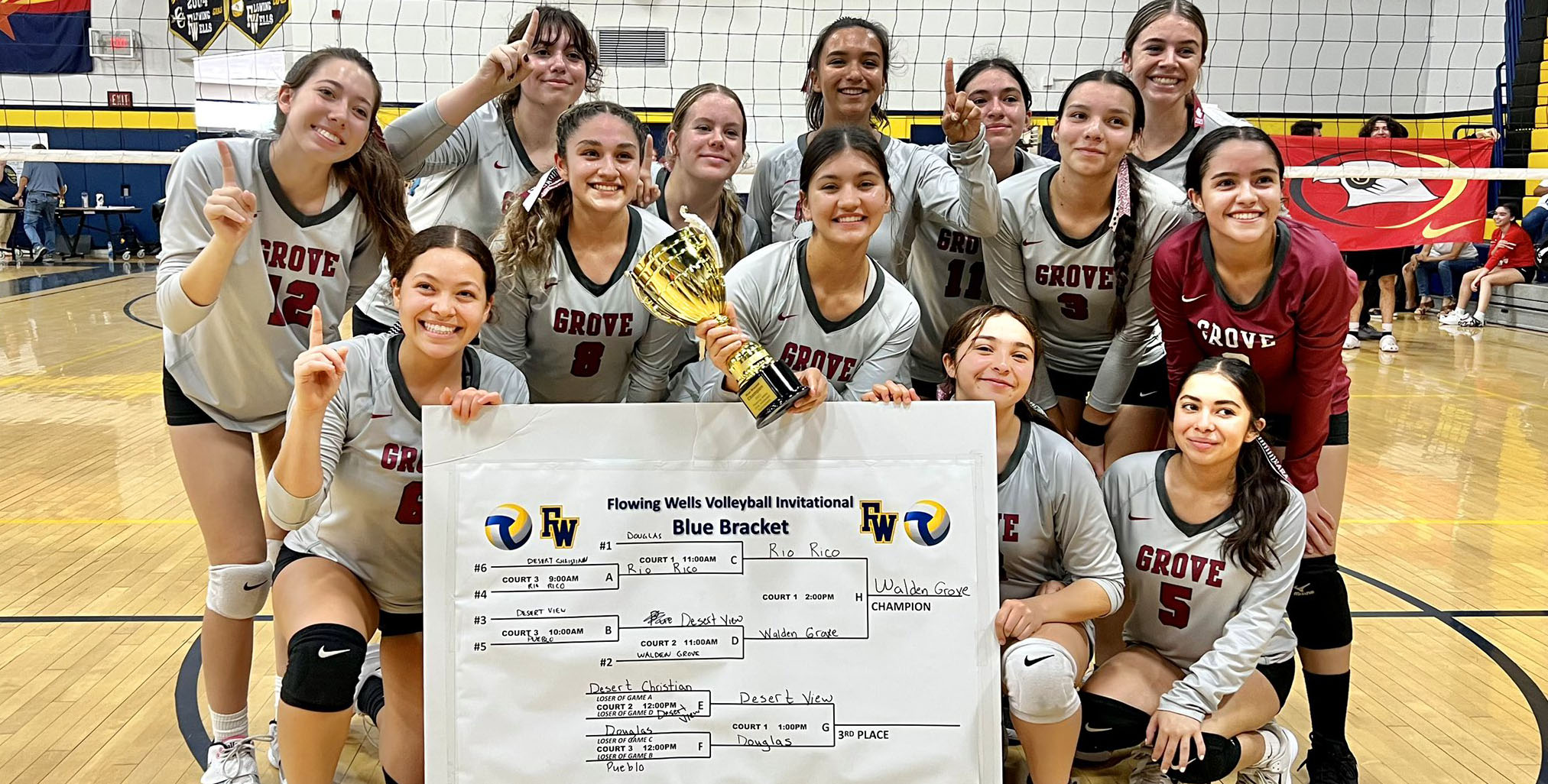 Sahuaro went 5-0 to capture the championship of the Flowing Wells Invitational on Friday and Saturday. The Cougars beat Tombstone 2-0 in the Gold Championship final. Walden Grove beat Rio Rico 2-0 in the Blue Championship match.

Sahuaro (7-5) was led by junior libero Brooklyn Comfort, who was selected to the All-Tournament Team along with Kiersten Schilling of Tombstone, Presley Valdez of Walden Grove, Ariadne Tapia of Rio Rico, Malia Rogers of Willcox, Alyssa Mack of Flowing Wells, Rylee Arrington of Sahuarita, Alma Teilon of Desert View and Paulina Orozco of Douglas.

Sahuaro had eight aces in the first set against Tombstone, with Comfort connecting on four of those, to help pace the Cougars to a 25-15 win. Sahuaro held a slim 17-15 lead in the second set but a 7-1 run put the Cougars up 24-16. Tombstone went on a late run thanks to the play of Hannah Humphrey who put together a block, two kills and an assist to help cut the lead down to 24-21 but Ava Lopez came up with the championship point for the 25-21 win. Lopez had seven kills in the championship match.