Every game ends with thanks to God for His protection and guidance throughout the game for the members of both teams. (Photo Credit: Lisa McWilliams)

Laura Fellows is the media advisor for Gilbert Christian's Student SID program that contributes content on behalf of the school to AZPreps365.com. Coach Danny Norris contributed to this article.

On Friday night the Gilbert Christian Knights traveled to ALA-Ironwood to face their final non-region opponent of the season, the Warriors’ team. After starting off hot with a 17-0 lead, the Warriors of ALA Ironwood stormed back to take the lead late in the 4th quarter. Sophomores Sam Webb and JP Roche led the Knights back to a victory connecting on a reception touchdown with 45 seconds left to take the lead for the final score of 34-27.

The Knights will begin Region play on Friday, September 23rd, all the way in Wellton, AZ to face off against the Antelope Union Rams. Go Knights! 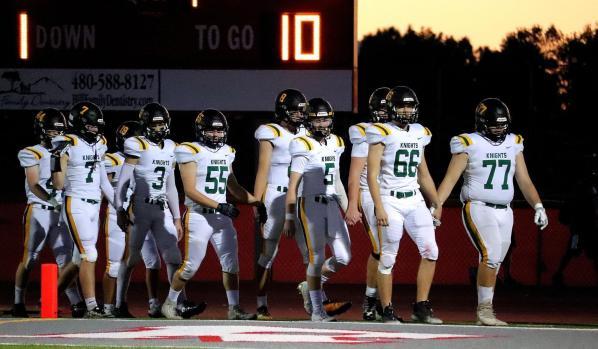 Above, the Knights walk out onto the field. Let's play some football! (Photo Credit: Lisa McWilliams) 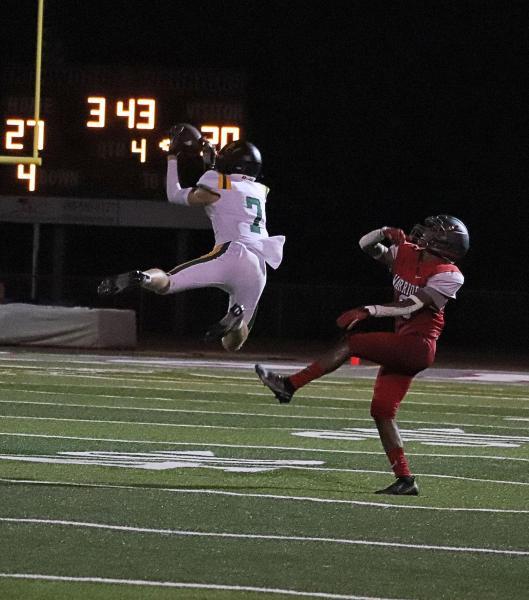 Above, Bennett Juve, FR, with a huge 4th time catch to place the Knights in a good position to make a run for a final touchdown. (Photo Credit: Lisa McWilliams) 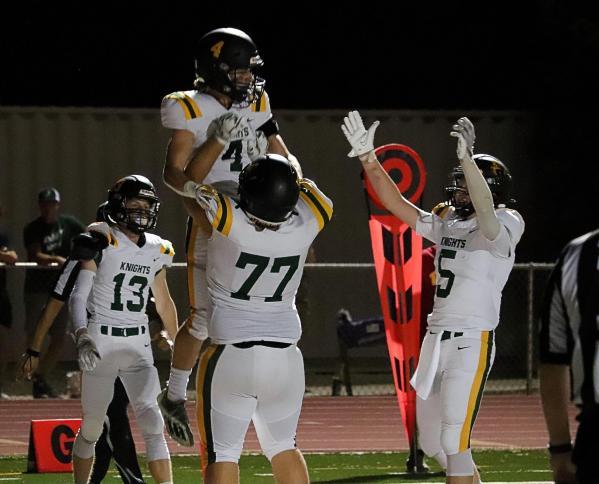 Above, the team celebrates Sam Webb's, SO, game winning catch to clinch the game for the Knights! (Photo Credit: Lisa McWilliams)