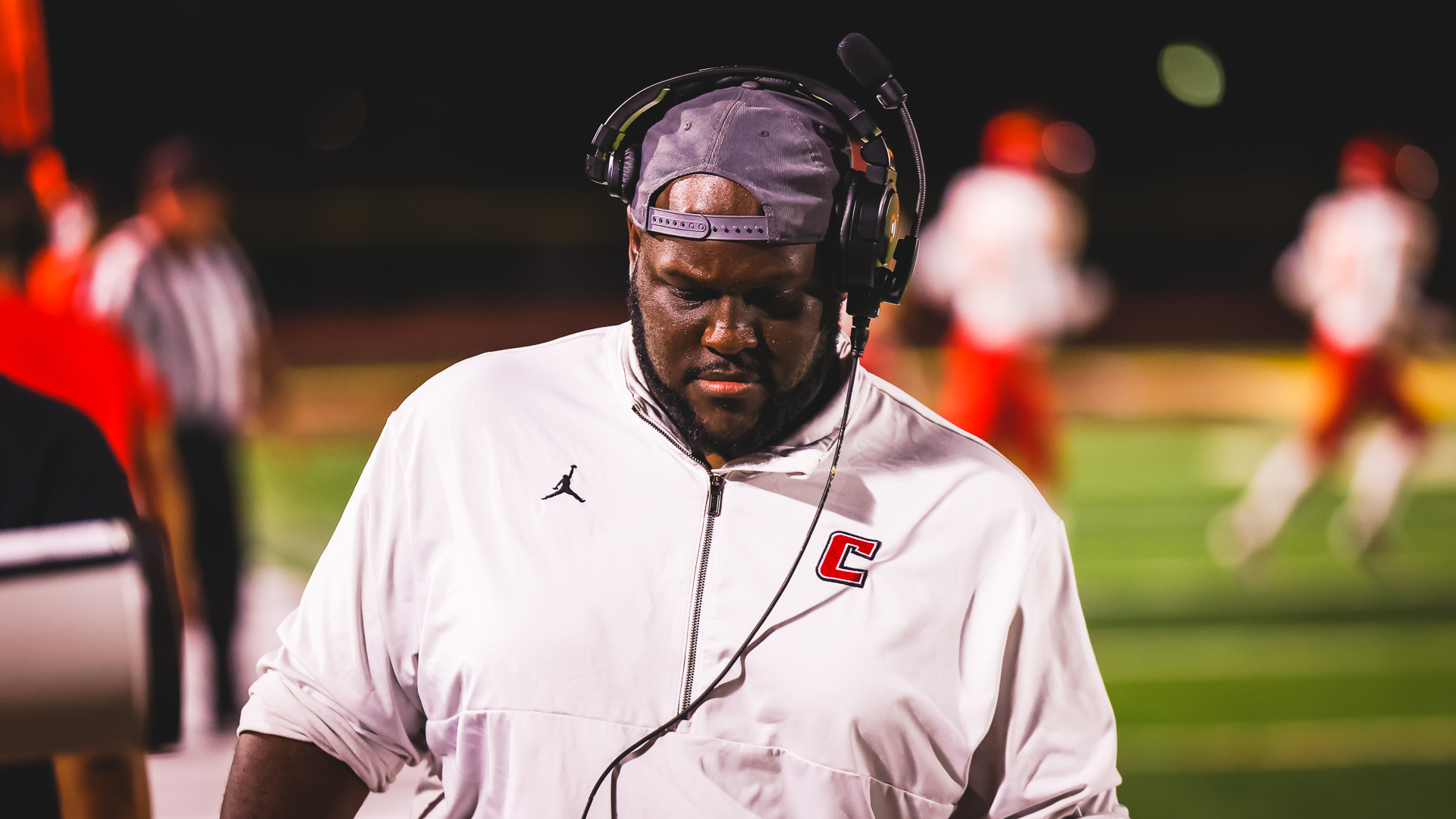 Over the past few years, multiple college football programs have started giving awards on the defensive side of the ball to help motivate their players.

The awards are typically given to a defensive player who forces a fumble or grabs an interception.

Most nationally known, the University of Miami gave out a massive “U” chain to their players as the award. Recently, celebrations have gotten crazier on the sidelines in college sports with UNLV’s slot machine and Oregon State’s turnover chainsaw.

So the Firebirds created a turnover chain of their own in the 2020 season.

“We wanted something that our kids could be excited about and motivate them to force more turnovers,” said Nsubuga.

Coach Nsubuga or “Coach Zoo” has been with the Chaparral football program since 2019.

The turnover chain certainly worked last week against the Mountain Pointe High School as the chain was brought out twice during the second half in which the Firebirds held the Pride scoreless.

Defense is certainly a part of football that isn’t appreciated nearly as much as the offense.

Touchdown’s are rare on defense. So celebrating is a unique situation on that side of the ball.

“My favorite moment with the turnover chain was during our first game this season against Salpointe,” said Shank, “when I recovered a fumble and ran over to put on the turnover chain in front of the ‘Birdcage’ [Chaparral’s student section] where everyone was going crazy.”

The turnover chain works both ways for both sides of the ball, too.

“It 100% brings the team together,” Shank said. “The offense wants to answer with a big play, and it makes the defensive unit together as a whole no matter if just one person made the play.”

Senior captain quarterback Miles VandenHeuvel also sees the value the turnover chain has with the defense.

“It definitely means a lot to us," he said. "Getting the turnover chain is a core memory for a lot of players.”

This tradition is becoming a staple in the Chaparral locker room, but this is mostly because of the energy that is behind it. Coach Nsubuga's passion of being the Firebirds defensive coordinator is what takes the idea of the turnover chain to the next level.

“The energy Zoo [Coach Nsubuga] brings is unmatched,” Shank said. “He is always bumping Lil Baby, even if it is 5:00 in the morning. Zoo is always smiling and just creates a positive vibe on and off the field.”

The Firebirds look to continue their momentum on the defensive side of the football and create more appearances of the turnover chain this week against their rival, Desert Mountain.

However, one thing stands clear in the Chaparral locker room.

The turnover chain is not going anywhere.

“Our kids absolutely love it," Nsubuga said. "It is a part of our tradition now and is here to stay."