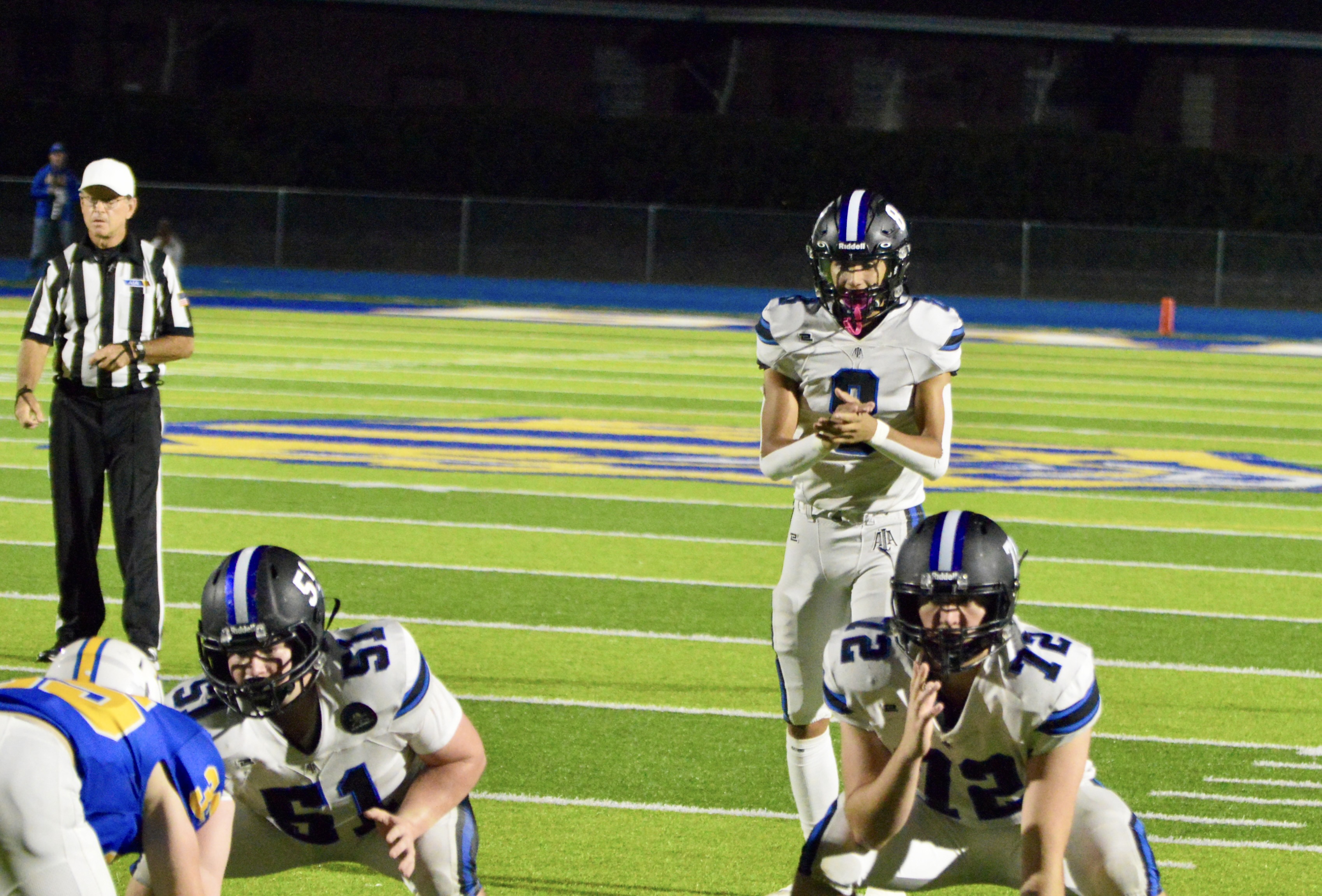 PRESCOTT — Quarterback Adam Damante threw for seven touchdowns and ran for another to lead American Leadership Academy-Gilbert North past Prescott 55-35 on Friday night.

Despite a lengthy 27-minute opening kickoff delay due to half the stadium lights refusing to turn on at Bill Shepard Field, the Eagles (3-1, 0-0 4A East Sky) used a 21-point offensive outburst in the first quarter to set the tone early and stay one step ahead of a Prescott.

“Let me tell you, that’s a good football team,” ALA-Gilbert North head coach Randy Ricedorff said of Prescott after the game. “That’s a big, physical team with a lot of backs who just run hard. They have a lot of spirit; they didn’t quit, and they kept coming at us.” 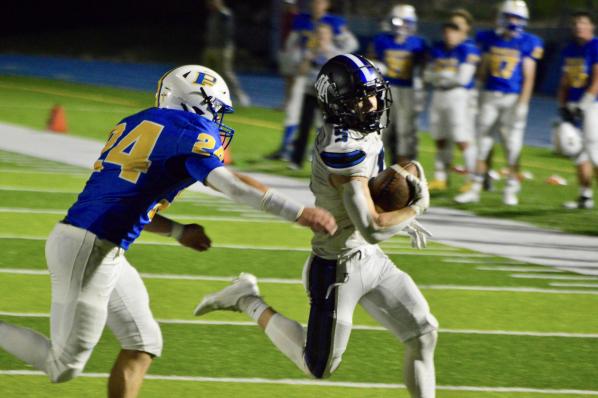 McKay Beardall heads for the end zone as Prescott linebacker Cody Leopold tries to tackle him. Beardall scored on the play for ALA-Gilbert North in a 55-35 victory Friday, Sept. 23, 2022, in Prescott. (Brian M. Bergner Jr./AzPreps365)

The Badgers (2-1, 0-0 4A Grand Canyon) came within a few plays of potentially tying the ball game midway through the third quarter.

Junior linebacker Wyatt Rewerts recovered a rare fumble from Damante and Prescott capitalized. Cody Leopold scored a 2-yard touchdown to cut the Eagles’ lead to seven, 35-28, with 8:09 to play in the third quarter.

Leopold rushed for nearly 100 yards and three touchdowns in the loss Friday.

On the ensuing possession, Prescott’s defense forced the Eagles to punt for only the second time all night, but a few plays later, Austin Izydorczyk picked off quarterback Jaxon Rice to kill Badger hopes of tying the ball game.

Damante followed up the quick turn of fate for his ball club and didn’t miss this time, finding Brandon Phelps on a 30-yard touchdown strike after a 67-yard drive following the turnover, giving ALA-Gilbert North a 42-28 lead with 2:56 to play in the third quarter and they never looked back.

“They made a few more plays than us. Really, I think there’s six or seven plays, if they go the other way, you never know,” Prescott head coach Cody Collett said. “It comes down to the end, there. Credit to [ALA]. They are very well coached; they have a very good team, and they did enough to beat us tonight. We’ll get back to the drawing board and keep working at it.”

Damante, who reportedly has already committed to play football for Northern Arizona University in Flagstaff in 2023, answered Prescott’s game-opening score with his legs instead of his arms.

Badgers quarterback Jaxon Rice found Alex Vaughn on a 44-yard touchdown pass to put Prescott up 7-0 early, but Damante answered with a 17-yard touchdown run of his own to tie the game. 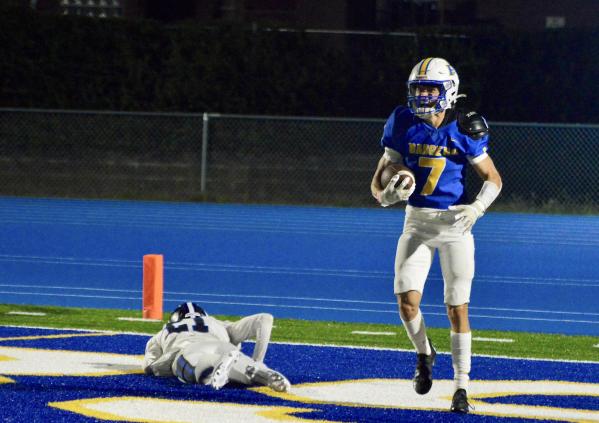 Prescott wide receiver Alex Vaughn celebrates a 44-yard touchdown catch that put the Badgers up 7-0 with 9:02 to play in the first quarter against ALA-Gilbert North on Friday, Sept. 23, 2022, in Prescott. The Eagles won, 55-35. (Brian M. Bergner Jr./AzPreps365)

After finding Slade on a 5-yard touchdown throw, the receiver’s first of three scoring catches, Damante hooked up with Phelps on a 15-yard toss to make it 21-7 with 18 ticks left in the first quarter.

“We’re pretty good throwing the ball, no question about that. We have a lot of weapons. Adam is a special quarterback, certainly one of Arizona’s best with his speed, elusiveness, and ability to extend plays,” Ricedorff said. “It was a challenge, they really came after him tonight and he got hit a couple of times, so hats off to him for staying composed and keeping his head in the game.”

Damante said it was a “team win.”