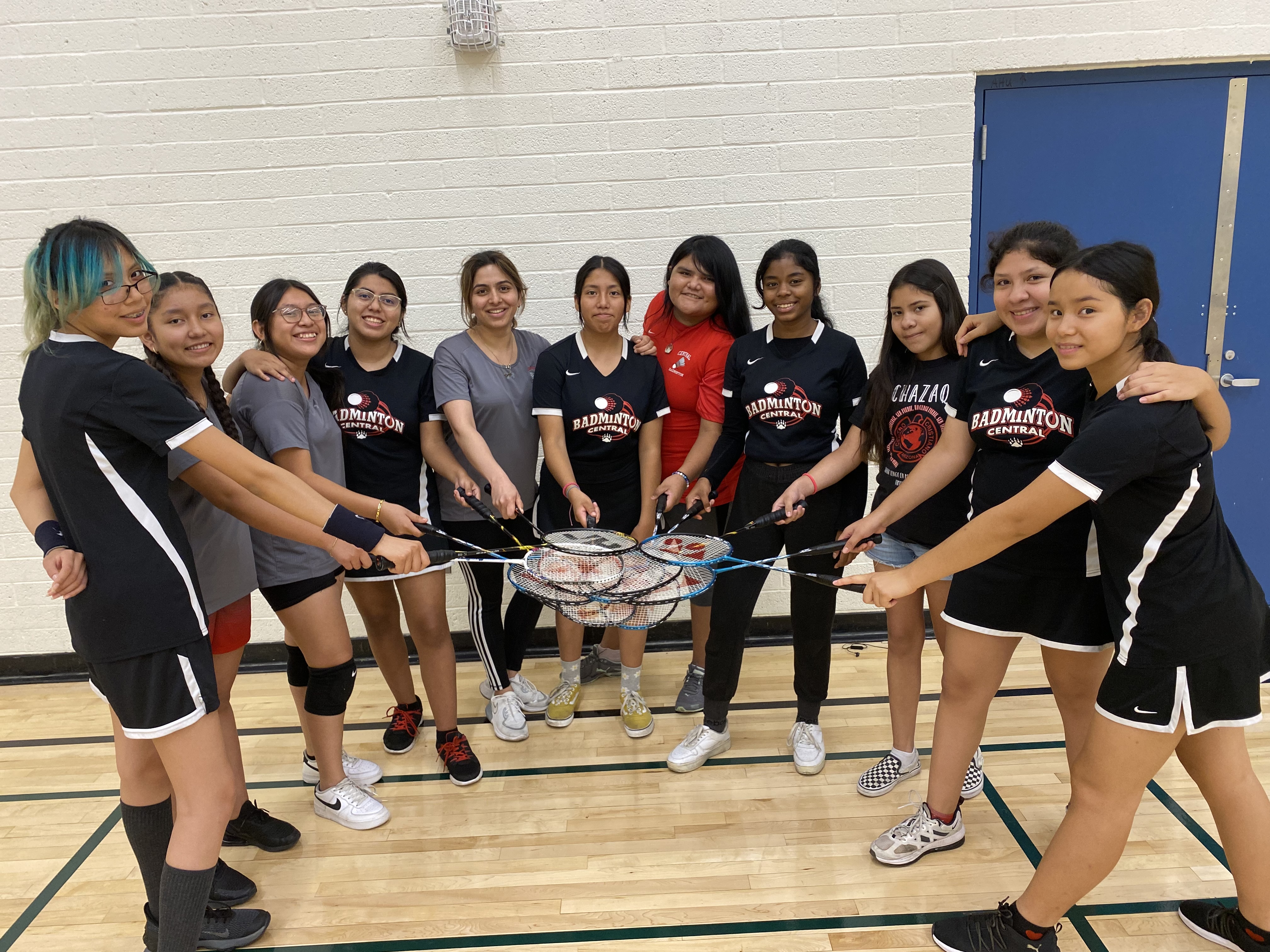 Central freshman Trang Tran never considered herself to be good at sports. She put it more bluntly.

However, when Central P.E teacher Manny Valente first saw her in the weights room during freshman orientation, she immediately caught his eye.

“She really stood out athletically,” Valente said. “We would do some explosive plyometrics and I said, ‘Aw man, you’d be an outstanding badminton player.’”.

Valente managed to convince her to play badminton instead of joining the swim team. Badminton was a sport Tran had played casually when she was younger and she was motivated by a desire to try something new.

There was only one problem. She was going to start attending a Math and Science Academy in the fall, which did not have any sports facilities. If she wanted to play badminton, she would have to travel 30 minutes every day to Central on the Valley Metro Rail to play with teammates and a coach she did not know, whilst also playing a sport she had not played seriously before.

The transition to playing the sport competitively was hard. She got home at 7 p.m. every night and had to immediately start schoolwork. In the first few weeks she did not get to sleep until 1 a.m most nights. She struggled to connect with her teammates.

“We didn’t even talk at first,” Tran said. “It was kinda weird.”

As a competitive person, she did not handle losing well. Tran and Central badminton coach Pooja Arora came up with a signal during games to keep up her confidence if the game was not going her way.

To make matters worse, the caliber of opponents they were going up against was intimidating.

When Central played at Verrado High School, there was a crowd of 60 students cheering on their badminton team. At Central, it was only Arora and members of the JV squad on the sidelines.

There was a clear difference in the facilities available, especially when Valente used to coach the team.

“I remember getting on the bus and playing teams like Mountain View and Skyline and our kids expected to lose,” Valente said. “I used to have to feed my kids. We would go play at Sunrise Mountain and their parents would have orange slices and protein snacks. Our kids would be starving by the end of school. I would have to bring in produce and constantly feed them so we’d be ready to compete.”

Playing against better-equipped schools with a larger student support for badminton was a difficult way to start the season for Tran and the rest of the Central team.

However, slowly but surely Tran adjusted. She turned up to every practice despite often missing trains. Her strong work ethic translated well to the sport, which made an immediate impression on her coach.

“I feel fortunate to have her on the team,” Arora said. “She hasn’t missed a single day. She’s ready to play even on Sundays… She’s the one who wants to put herself out there totally and she’s very dedicated to this game. I think she’s going to go a long way.”

Tran became obsessed with the sport. She would constantly ask questions of her coach and attempt to improve.

“She is a personality who always looks for improvement in one way or another,” Arora said. “Even during the practice sessions I can see her giving 100% out there. Sometimes she wouldn’t eat. Even when she was tired she would still be going.”

Tran would regularly text a family friend in Canada who also played badminton and they would exchange tips. She would come home and all she would speak about was badminton. Even her Instagram feed started to fill up with badminton-related content. She described herself as obsessed.

This made an impression on her teammates. After some initial awkwardness they were won over by her commitment and friendliness. Arora noticed her ability to play with a wide variety of personalities on the team and still be successful. Her personality stood out to her doubles partner, junior Kailee Gutierrez. They began hanging out together outside of school and they would text frequently about badminton, often sharing tips on how to smash or serve.

Tran led by example in her diligence in training and her drive to improve, and she started to take on a leadership role. Despite being the outsider in the group, she invited everyone to lunch after a Saturday practice. The team grew closer and closer, and it was leaders like Tran and Gutierrez who helped form those bonds by setting the example on the court.

The results have yet to come for the team, but that was not as important as forming a cohesive group under a new coach. Only one player had played competitive badminton before.

The team’s main goal was to improve rather than to win on the court.

“It’s my first year so I’m not as competitive, but next year I want to win more,” Tran said. “Next year we will be better.”

Central’s badminton team used to be one of the best in the state despite the disadvantage in facilities, and Valente sees similarities between  Tran and previous all-state badminton players from Central.

“A kid like that you could build a team around.”