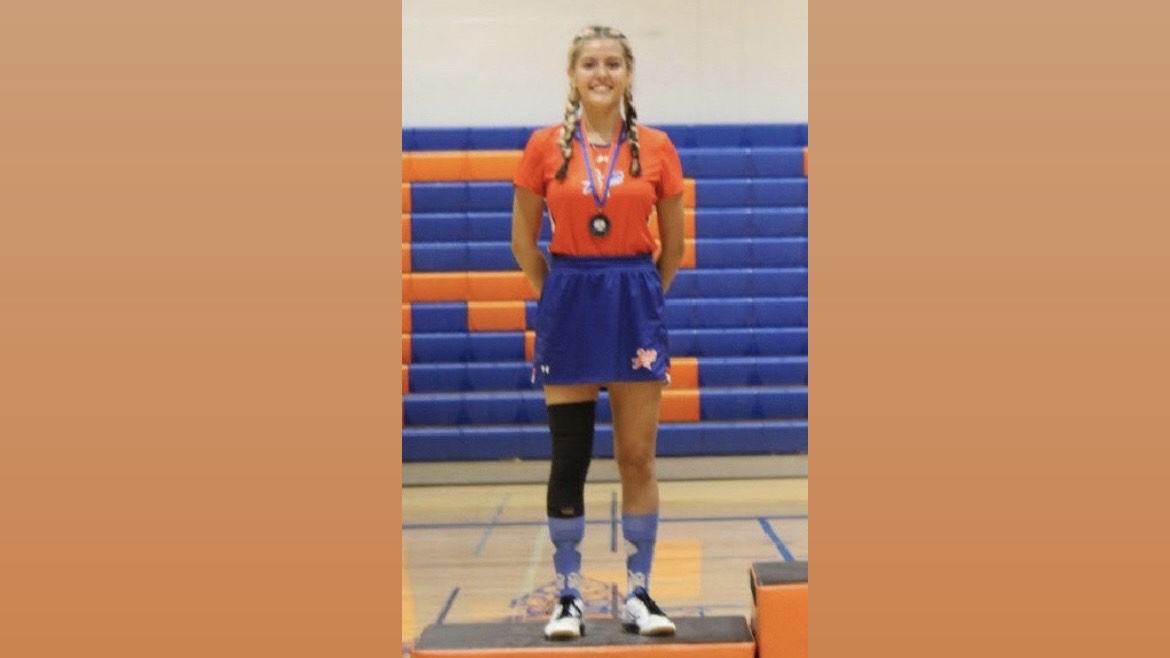 Camilla Rodriguez Corona has been playing badminton for the Westwood Warriors this season with excessive fluid in her patella (knee) and plantar fasciitis.

She has been in tremendous pain and rarely complains.

These injuries have negatively affected some of her on-the-court traits, specifically her speed and movement. Off the court, her knee gives out occasionally and general discomfort affects her daily.

Despite facing adversity, she currently has a 5-1 record in varsity singles flight two and is ranked at number 13.

In 2021, Corona played exhibition and JV badminton for the Warriors. It was the first time Corona had played with a team at a competitive level.

However, in the summer of 2022, Corona attended a clinic at the Arizona Badminton Center which focused on improving her strength, conditioning and badminton skills. She then attended the open gym sessions at Westwood High School.

“I didn’t see her becoming this good this fast,” Bowman said. “I know she had fun last season and placed low JV, but when she came in the summer she was just on fire. She was super committed, worked so hard and just committed to being a great teammate.”

However, it was during one of these summer training sessions that an accident caused Corona to sustain the knee injury.

Bowman ended the session with a team-building exercise – a drama game.

Things escalated quickly and another girl who is not currently on the team picked up Corona and ran across the gym with her. This was not supposed to happen and Corona was dropped from approximately five feet in the air.

Corona fell directly on her right knee. Her left knee then crashed into her right, pushing it further into the ground. She got up and thought she was fine.

“I got up and just walked it off,” Corona said. “I didn’t really want to complain about it, even though it hurt.”

The next day Corona realized her knee was sore, but didn’t think anything of it and kept playing. A week passed before her concerns grew, as her knee hurt when she tried to straighten it.

She told her coach (Bowman), who realized Corona’s knee was swollen. After consulting with the athletic trainer and doing stretches on her knee, the pain persisted.

At this point, two weeks had passed since the accident. Corona decided to go to the doctor. The doctor performed X-rays and that’s when she found out that she had excessive fluid around her patella.

The doctor advised Corona to wear a knee brace and just wait it out. Eager to play badminton for the Warriors, she was mainly worried about how the injury would affect her performance on the court.

“At the time I wasn’t scared because I knew I would still be able to play,” Corona said. “I was just nervous about how it would affect my playing skills and I didn’t know if I could still move fast enough.”

After going 5-0 to start the season, Corona faced another setback. Her toes and the bottom of her feet hurt in the mornings.

A week later, she found out she had plantar fasciitis – inflammation of a thick band of tissue that runs across the bottom of each foot and connects the heel bone to the toes. 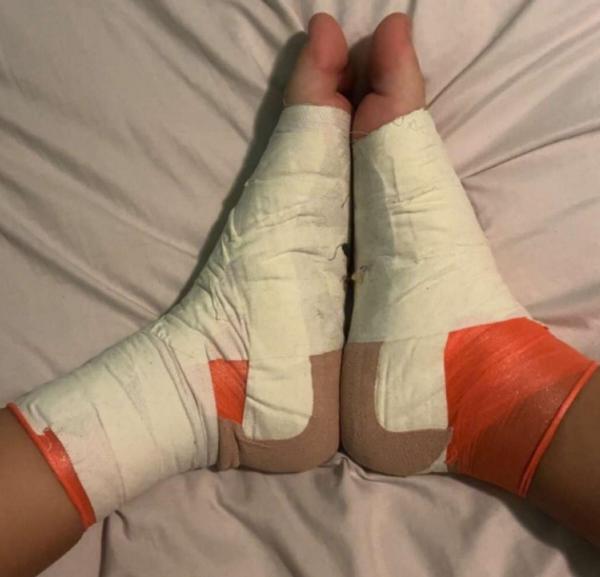 Despite these injuries, Corona has not been discouraged. It has forced her to work harder.

Her best friend and teammate, Lizeth Torres Nunez, has seen Corona’s attitude shift since the injuries.

“I think it’s made her push harder,” Nunez said. “She goes for every shot and puts her all, even if she doesn’t make it.”

Many people, if placed in Corona’s shoes, would give up or sit out the season, but it’s the fear of failure and letting her team down that keeps her going.

Corona’s attitude is one to be admired. Bowman recognizes the bond that she shares with her teammates.

“It’s really fun to see the bond, especially between her and Lizeth,” Bowman said. “Everyone considers her to be a sister. She’s sweet and kind and such a great friend to everyone. It’s just a big family and Camilla is one of the leaders, a quiet leader.”

This attitude has come from Corona’s upbringing. The core values and principles taught by her mother, Antonia Corona.

“I always taught her to be good to other people and to do the right things,” Antonia said.

Bowman has seen Corona execute these values and principles time after time.

“Camilla is a fabulous support to her teammates,” Bowman said. “She is an example of getting the job done and not causing any drama.”

Corona’s attitude has also been received well by others, as recently an anonymous source gifted her shoes to help her plantar fasciitis. Corona was extremely grateful to whoever bought her the shoes.

There are three more games to end the badminton regular season and the Warriors have to win one more game to qualify for state. Corona is looking forward to the challenge, despite being in tremendous pain.

The goals she has set for herself aren't competitive ones, rather ones based on her attitude.

“My goals are to always try my best and not to be a bad loser,” Corona said. “If I lose, I don’t want to cry or be mad and show my negative emotions. I want to be happy and positive so I don’t bring the team’s energy down and just be able to learn from the loss.”

Bowman sees positives in Corona’s injuries. She said they are  making her mature and grow as an individual.

“She’s now advocating for herself,” Bowman said. “She’s always been super quiet and never complains. This has changed. As a sophomore, it’s super exciting for her because she’s learning all these lessons and in the next two years, she’ll be able to push through anything.”

Corona’s mindset is one of never giving up, pushing through adversity and being a good person to everyone around her. At 15, her future is bright and coach Bowman is excited to see what it looks like.

“I can’t wait to see the next two years,” Bowman said. “The woman Camilla becomes is going to be unstoppable.”