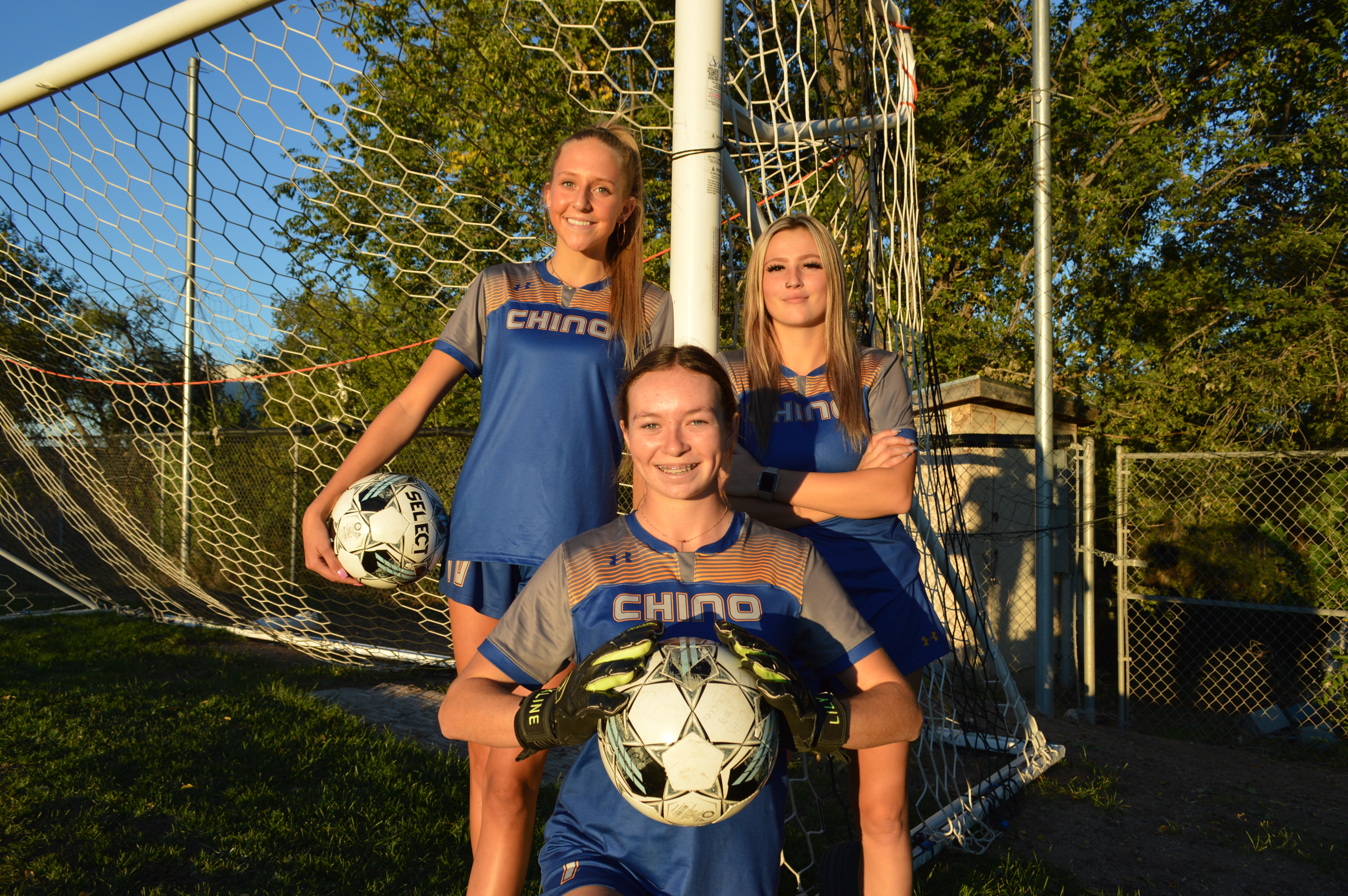 CHINO VALLEY — Having won two of the last six 2A state championships, including hoisting the trophy with a 1-0 win over Northland Prep. a season ago, the Chino Valley girls soccer team is looking for a repeat.

That, however, is never easy. Especially when Northland Prep. is involved.

The loss has certainly had its effect on the Cougars, which won four straight to finish the regular season, outscoring their opponents 33-1.

“That loss motivated us. It is pushing us. It puts things into perspective for us,” Chino Valley senior striker Kaitlyn Roskopf said earlier this week.

Roskopf leads the Cougars with 51 goals scored this season and 114 points.

Lily Kline, a sophomore goalkeeper for Chino Valley, said the 1-0 loss to the Spartans was just another reminder for her club that they must stay sharp.

“It happened last year, where we won one and then they did,” Kline said. “It helps put us in check, as in, you’re not just going to win against this team. You have lost. You can lose. It makes us play our very best.”

Senior London Wigen said despite the loss, there is no other goal other than a state title for Chino Valley.

“It took us by surprise,” Wigen said about the loss. “They are our rivals, and they are a good team. But since then we’ve been pushing it harder and more focused at practice.”

"The girls have bought in to what we are doing due to upperclassman leadership and everyone is finding ways to contribute," Blair said. "You can't defend just one player because we have dangerous players all over the field."

Hannah Petrucci, a senior midfielder for Northland Prep., leads all Spartans (17-2, 5-0 2A Central) with 44 goals scored and 110 points, which puts her at second overall statewide. Campbell Blair, a junior, is next with 17 goals, which includes the only score against Chino Valley in the 1-0 win Sept. 20.

"[She is] very balanced and has matured to take what the other team is giving her in regard to scoring or finding an open teammate," Michael Blair said about Petrucci, adding that Campbell Blair is a "vocal leader" for the Spartans.

"[She] understands and reads the game and adjusts to what the other team is doing," Blair said.

The only two losses for the Spartans this season came at the hands of Desert Oasis (Las Vegas, NV) in a 7-0 defeat to open the season, and the 2-1 loss to the Cougars on Sept. 10 in the Chino Cup finale.

"This has been one of the most rewarding years of coaching," Blair said. "COVID really set kids back maturity wise and it has been encouraging to see the exponential growth over this year by all of our players. ... We are peaking and playing at our best at the right time."

Earning the other first-round bye in the state playoffs, which begin Tuesday, Oct. 25, is No. 2-ranked Snowflake.

Lobos head coach Anna Brubaker said this year’s group of kids has “come together unlike any other team” she has coached.

“They want to compete and they consistently want to do better than they did, whether they had won or lost the match, they are always looking to improve,” Brubaker said.

Nichole Hipps, a 5-foot-7 sophomore who led the Lobos with 30 goals scored and 65 total points, will need to be on her “A” game as they might see No. 3-seeded Chino Valley in the semifinals.

“My girls have had a goal from the end of last season to win the region title, and they worked hard all offseason, preseason and in season to accomplish that,” Brubaker said.

2A State Play-In Round

For updated schedule and scores, visit AzPreps365.com, or click here.