Joseph Ortiz continues Perry's resurgence as it enters 6A playoffs 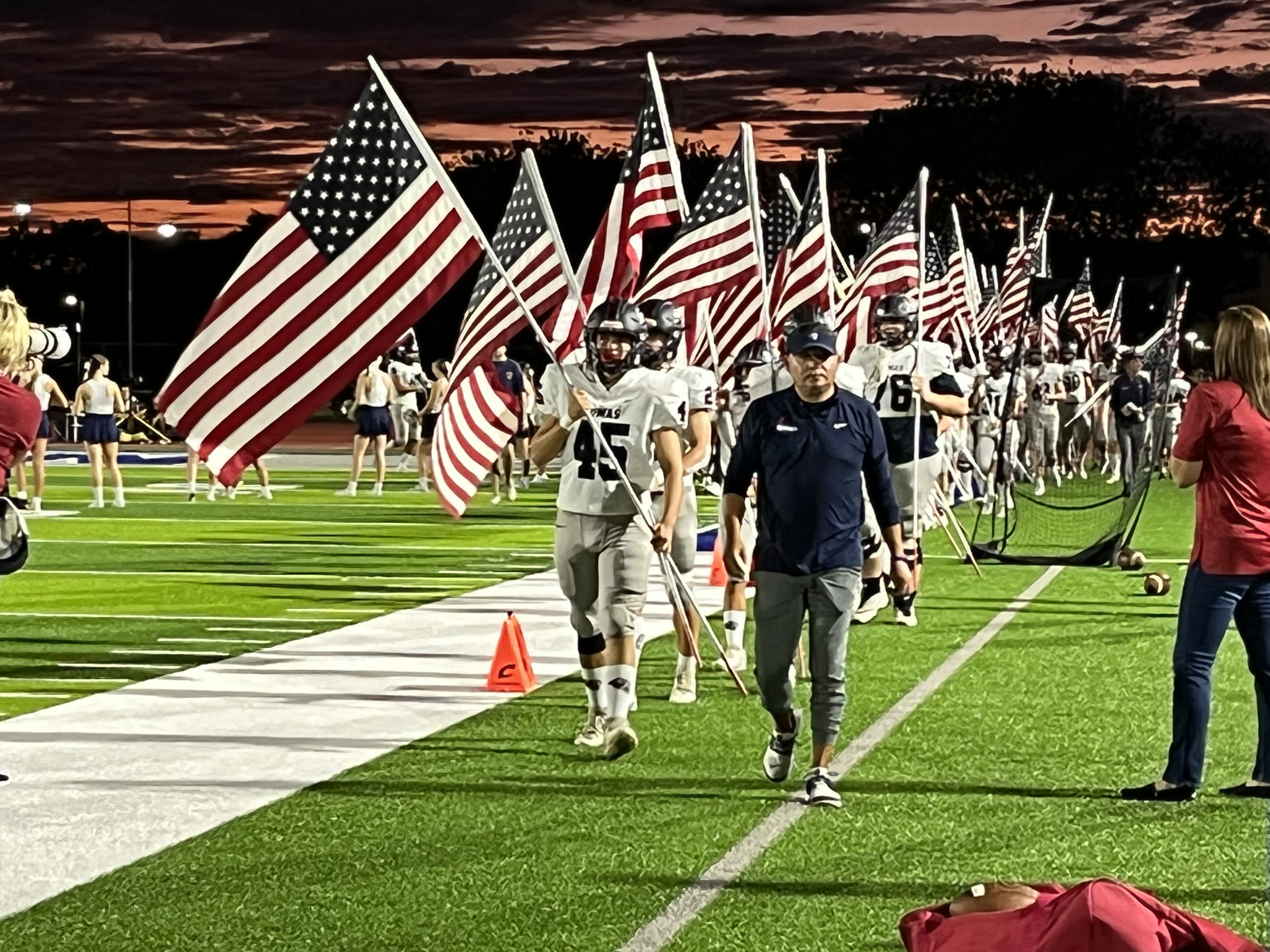 Scott Sandulli is an ASU Cronkite School of Journalism Student assigned to cover Perry for AZPreps365.com

There’s a saying regarding the Chandler Unified School District: Second to none.

That certainly holds true on the football field for the district's football programs, and Perry coach Joseph Ortiz is looking to put his Pumas (4-6) back on that path.

Two of the last three Open division championship trophies were won by the perennial nationally-ranked Chandler Wolves. But its rival Perry Pumas struggled the past three seasons.

After back-to-back 6A conference championship appearances in 2017 and 2018, Perry had just three wins combined between the 2020 and 2021 seasons. As one of the state’s largest schools, Perry was sitting at rock bottom after accumulating a disappointing 3-14 record the past two seasons. That includes going winless in 2020 and a 3-8 season the next year.

Following the retirement of coach Preston Jones at the end of the 2021 season, Ortiz was named Perry’s head coach in January after he was at Cactus for four seasons in the same position. Ortiz also had another decade of experience as an assistant at Higley and St. Mary’s.

Having scaled his own personal peaks in the past, Ortiz has earned his spot on the big stage through his relentless philosophy.

“Fight, fight, fight. That’s how my career has been,” said Ortiz. “I was an average high school player who busted his tail to get to this point. I’m a scrapper and a fighter and that’s what I'm trying to preach as a coach.”

Ortiz’s hard-nosed mentality rubs off on his players.

As an assistant at Higley and St. Mary’s for a decade alongside Eddy Zubey.

“Joe is a great leader of young men,” Zubey told the East Valley Tribune in January. “He connects well with the players.”

Ortiz derives much of his coaching style and success from his first gig under his good friend.

“Zubey taught me it’s not about the X’s and O’s,” said Ortiz. “It’s about the character and improving the kids and building relationships with them. It’s more about just football.”

This approach has translated positively onto the field. Ortiz’s prowess as an assistant got him the Cactus job in 2018. In just four short years, Ortiz took the program to unprecedented heights.

At the helm of the Cobras, Ortiz brought Cactus to the 4A playoffs in each of his first three seasons, coming just one point short of a championship in 2020. The next year, Ortiz led Cactus to a four seed in the 2021 Open division playoffs, the Cobras' first-ever appearance in the state's most prestigious tournament.

Despite his run of success at Cactus, the Arizona football lifer knew where the best of the best ended up.

“I’ve been born and raised in Arizona,” said Ortiz. “I went into coaching at 19 and have always been in the Arizona high school circuit. Being around it, the East Valley is where you wanna be. The motto of the Chandler district is second to none.”

Ortiz jumped the opportunity when the Perry job was available. And not only did he take advantage of the chance, but he brought a handful of the Valley’s sharpest minds to help him right the Perry ship.

“It’s honestly like he brought together an all-star squad of coaches,” senior star defensive end Aiden Herring told the East Valley Tribune about Ortiz in July. “They’ve taught us stuff in a different way from the old staff.”

The Pumas are in the playoffs again for the second straight season under Ortiz as a 15th seed, and face the 6A defending champion Highland  on Friday.

This turnaround has seniors such as Herring experiencing their first taste of success, getting the Pumas' underclassmen hyped to continue returning to 6A powerhouse.

“We want to be in that same discussion with Hamilton, Chandler, Basha, and Saguaro. If we can continue our culture and continue our path, we can get there in the foreseeable future.”