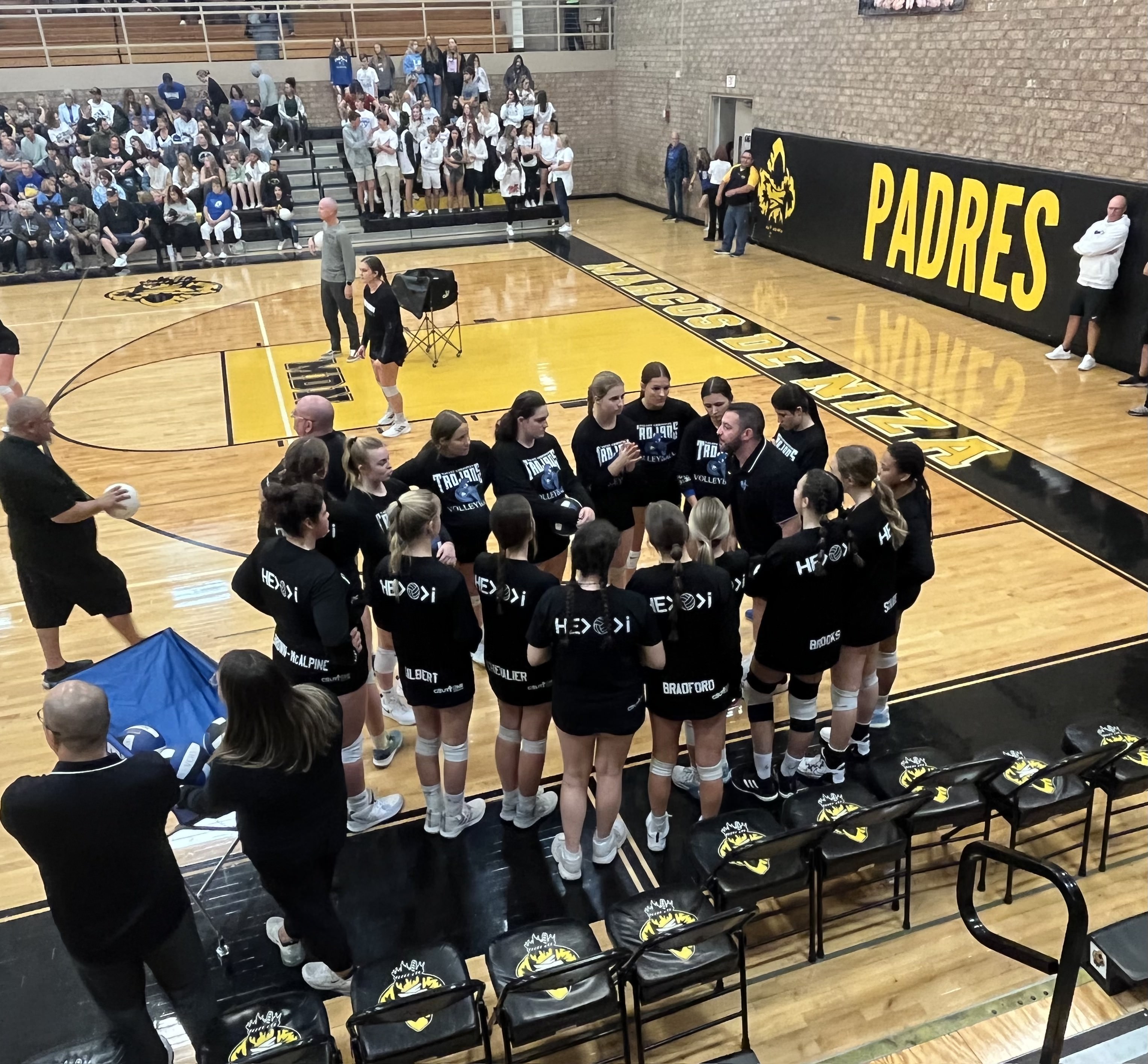 For a team as good as Valley Christian High School is at volleyball, it is rare for a first-year head coach to be at the helm.

For the people inside the building at Valley Christian, there was no one else suited for the job besides Trathen.

“When I found that Lindy was leaving, my wife and I prayed for God to bring somebody to the program that would be the perfect fit to take over,” assistant coach Bob Davies said. “I think it is amazing God delivered an amazing X’s and O’s volleyball mind that understands the game, but He also brought somebody who is a great teacher to our school and is also amazing to these kids.”

Trathen has been involved in volleyball his entire life, even playing at King College in Bristol, Tenn., as a setter. An ACL tear ended his playing career and began his coaching career, starting as a club head coach in California. Trathen was also a setter and libero at the University of Redlands in Redlands, Calif. Given the success of the previous Valley Christian indoor volleyball teams, Trathen said he knew he had a lot to live up to.

“I was super excited for this year,” Trathen said. “I knew it was a little bit of a challenge taking on such a successful role from last year. It has been fun, but it has also been a little challenging knowing that you’re held to a high standard.”

Trathen joined the Valley Christian indoor volleyball team as an assistant coach to Ramsland. But while Ramsland dealt with medical challenges in 2021, Trathen showed he could effectively coach the Trojans as their head coach.

“When Lindy wasn’t able to be present physically, Tyler was there being head coach-ish,” sophomore setter Madison Brown-McAlpine said. “He had a big supporting role last year and now he’s gotten to step up and fulfill the head coach role.”

Although he was involved with the indoor team as an assistant coach, the one thing that got him extremely close to the girls on the team was being the head coach of the beach volleyball team earlier this spring. Trathen led the team to a 14-2 season with his No. 1 pairing of Kate Phillips and Korah Nordin winning the Division II state championship.

Although Trathen developed trust with many of the girls during the beach season, coming into the 2022 indoor season, he wanted to add one more thing to deepen his connection with his team. So, he decided to design a handshake with each and every one of the girls.

“It started last year as an assistant coach,” Trathen said. “It helped me reach them on a different level and develop some chemistry, but also showing I am human as well. This year I thought it would be cool to do it with my girls again, but [the roster] doubled in size, so it is a bit of a process when the game starts. A little chaotic, but it’s fun. It really shows the girls that I care about them, and I want something unique with each and every one of them, which I think helps build a good relationship.”

“It is so nice knowing that he cares about us as people and players,” Brown-McAlpine said. “It is not just ‘Oh, you’re good. You can go out there and do the job; great, let’s go home.’ (...) You get to build that personal connection because he wants to build it as our coach, and it feels really nice to know he is supporting us.”