Get to know coach Nick 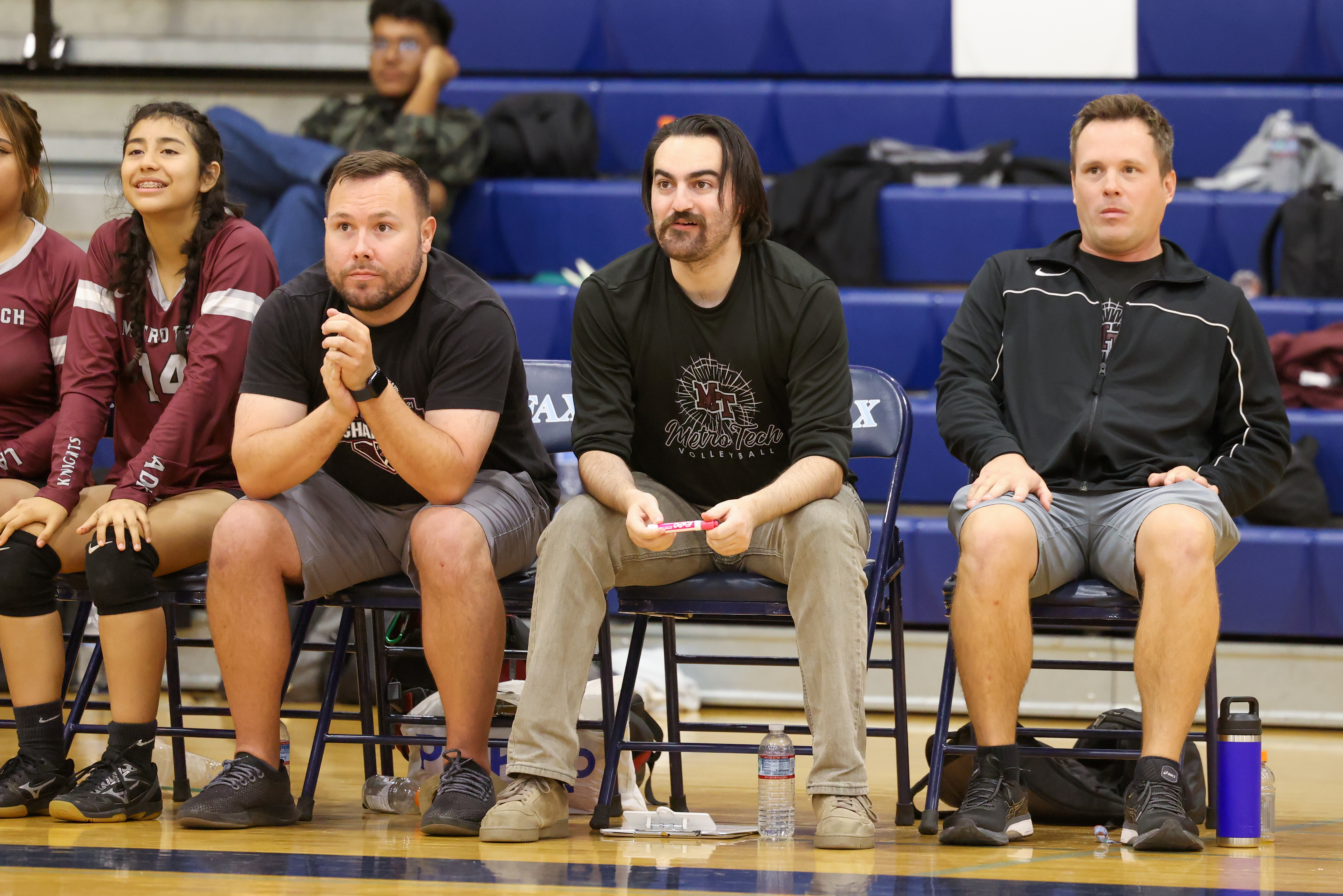 Nicholas Oberdin is now a coach and teacher at Metro Tech High School, but it took a lot of work to get to this point.

Oberdin said he knew he wanted to be a teacher from the time he was young. But people discouraged him from it because they believed the salary would be too low. Since both of his parents were nurses, he decided to get a degree in the medical field.

“After a couple years in school, I realized that in my heart, I still wanted to be a teacher, regardless of the money,” Oberdin said. “I wanted to help people learn and attempt to better themselves.”

He always knew that after his playing career, he wanted to get into coaching, too. He was an assistant for the community college track team he was on before becoming one of the girls’ cross-country team leaders at Centennial High School for a couple of seasons. Now Oberdin coaches volleyball and soccer at Metro Tech High School.

Away from school and sports, he said he appreciates playing fantasy football and Magic the Gathering with his brothers when he has the time. Since his schedule is busy with teaching and coaching, he said he likes to do things with his significant other and his dog, such as going on hikes and going to dog-friendly bars and restaurants to watch sports. He was more into running and reading a few years back, but he said that it is more challenging with his schedule.

For his players, he wants to ”pay it forward” because sports gave him so much through high school, he said. He wants to provide these students with the same opportunity to grow.

“My ultimate goal, regardless of the sport or level, is for my athletes to hone some important life skills through the sport they’re playing,” Oberdin said. “This includes things like hard work, perseverance, learning to work as a team, critical thinking under pressure, and winning and losing with grace.”

Mia Zuniga-Barrera, a player on Oberdin’s junior varsity team, sees the head coach as more than just a coach.

“He has always been there supporting us and helping us not only with life issues but academic issues,” she said.

Nick said he believes that the number one lesson he learned and what he wants to engrain in his students and student-athletes is that the ability to communicate is one of the single most important skills they can have. He said he believes that learning how to communicate will make a significant difference on and off the court, and this can give a head start to the students on how to avoid or mitigate some problems later down the road.

When asked to describe himself in one sentence, Oberdin said, “I’m a happy-go-lucky student of the world who wants to pass on his knowledge without taking himself too seriously.”