No. 21 Mesquite upends No. 12 Shadow Mountain in 4A conference play-in game 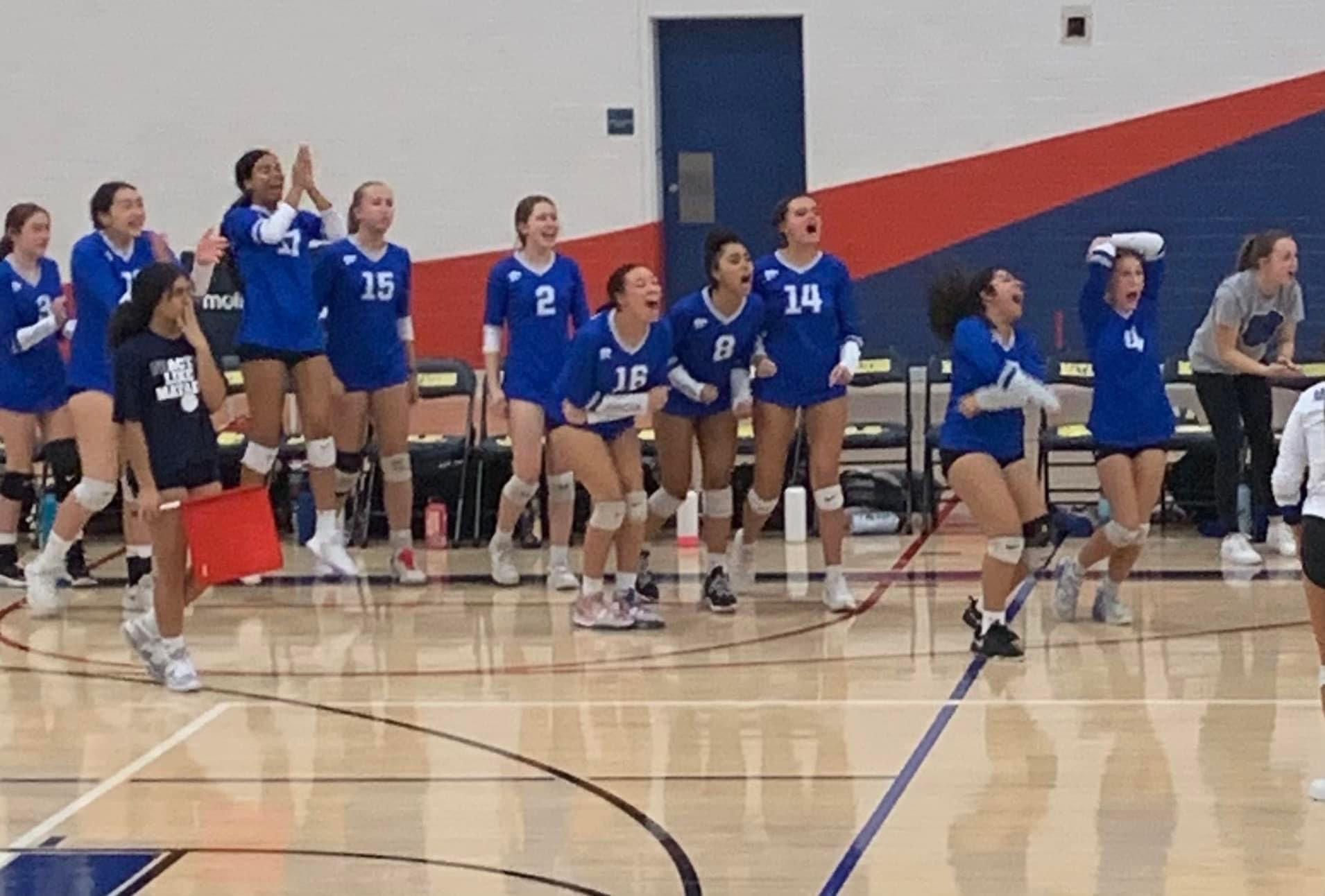 In an all-stakes game to get into the postseason, Mesquite High School’s girl’s volleyball team routed Shadow Mountain High School 3-0 in the 4A Conference Play-in Nov. 1 in Phoenix.

“I mean, you can call it a play-in but it’s a playoff. It’s ‘you lose and you go home’,” Mesquite head coach Carlos Flys said. “We talked about that, how this game was more important than the other ones, and how we need to have more intensity.”

Shadow Mountain, ranked No. 12, struck first in the first set, but No. 21 Mesquite was quick to find its groove after Shadow Mountain struggled with errors later. Multiple kills by outside hitter Ryleigh Vollmer along with saves by setter Maddie Purdy brought Mesquite up the board 21-15.

However, the tables turned and Mesquite began to make errors, allowing Shadow Mountain to close the lead to 21-20. The teams battled between hard defenses and errors on both sides, but the first set was decided after a long rally ended in a Mesquite point for a 25-20 win.

The Wildcats breezed through the beginning of the second set, starting with an ace and only allowing a Shadow Mountain point by hitting the net on a serve for a score of 2-1. Between Shadow Mountain repeatedly serving out of bounds, and kills from Callie Price and Mahri Kaczmarek, 12 points went unanswered and Mesquite blew the score up to 14-1.

Immediately after taking their second timeout, the Matadors hit back with a kill and began to score offensively at 14-2. Mesquite had errors of its own and Shadow Mountain was able to bring the score to 18-10 before Mesquite called its first timeout of the set. More errors from Shadow Mountain and back-to-back kills by Vollmer brought the score to 24-10. The set ended 25-10 when Shadow Mountain served the ball out of bounds.

With some errors of its own, Shadow Mountain eventually dropped its tight lead after three successful Mesquite rallies and a kill from Price that tied the game at 21 points. Mesquite took the lead after another long rally ended in the Matadors hitting the net bringing the score to 22-21. The lead bounced between the two teams for the remainder of the set due to errors on both sides.

The gym at Shadow Mountain became thunderous from the crowd, with the score narrow down to the last play. A final Matadors’ error sealed the deal of a Wildcats win for a final score of 26-24.

Coming in as the lower seed, the Wildcats came into the game with an “all-in” mentality.

“We definitely wanted to have an uproar because we were like, ‘we have nothing to lose’, basically, that was our mindset,” Purdy said. “We wanted to play with no regrets.”

Vollmer attributes the win to the team’s mentality.

The Wildcats, ranked No. 16 in the 4A State Championship bracket, went on to fall to top-seeded Salpointe Catholic in three sets Nov. 3 in the opening round.