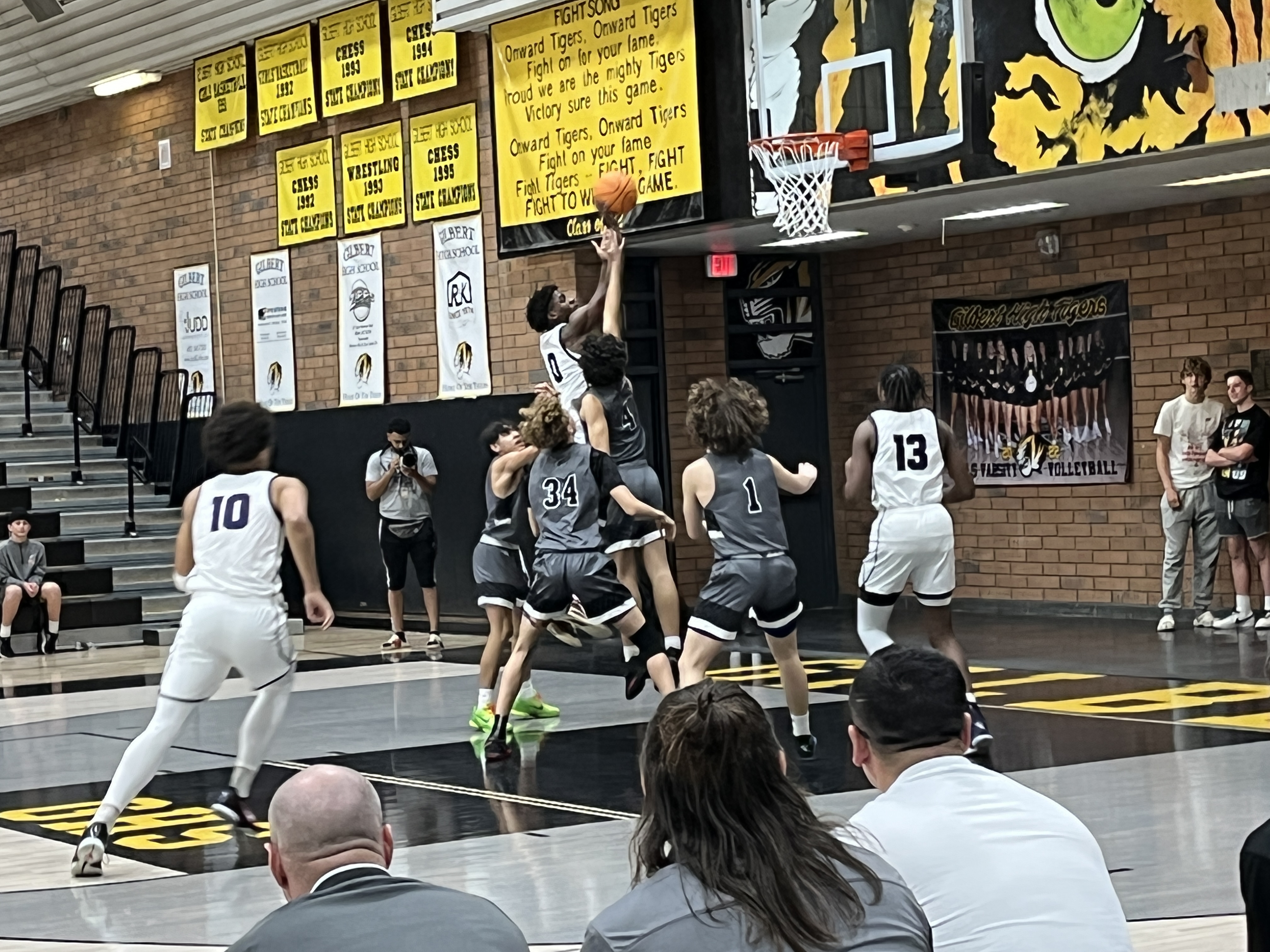 Host Gilbert High and Casteel locked up Tuesday in the best game of the second day of the annual Welcome to the Jungle Tournament.

Casteel was a tad better, rallying from 11 points down in the third quarter to take a 46-44 overtime win over Gilbert.

Five players combined to score Casteel's seven points in the extra period. The final tie was 42-all. The Colts took the lead for good on a 44-42 on a runner in the lane by Nate Ko. with 46 seconds left. One free throw each by Aiden Schmidt and Sean Chance sandwiched around a layup by Gilbert's Jaelen Green had Casteel up by the final score with 9.4 seconds left. Gilbert offered up two shots to tie or perhaps win. The first was by Green blocked in the lane with 3.4 seconds left. The last shot was a desperation attempt just inside half court by Jaden Acuna.

Another round of games is set for Wednesday at Gilbert High - Eastmark vs. Desert Ridge at 3:30; Casteel vs. Chandler at 5; Gilbert vs. Valley Vista at 6:30 and Corona del Sol vs. Perry at 8. There are no games Thursday (Thanksgiving) The final day's games will be determined after Wednesday with contests on Friday at 12:30, 2 , 3:30 and the title game at 5.