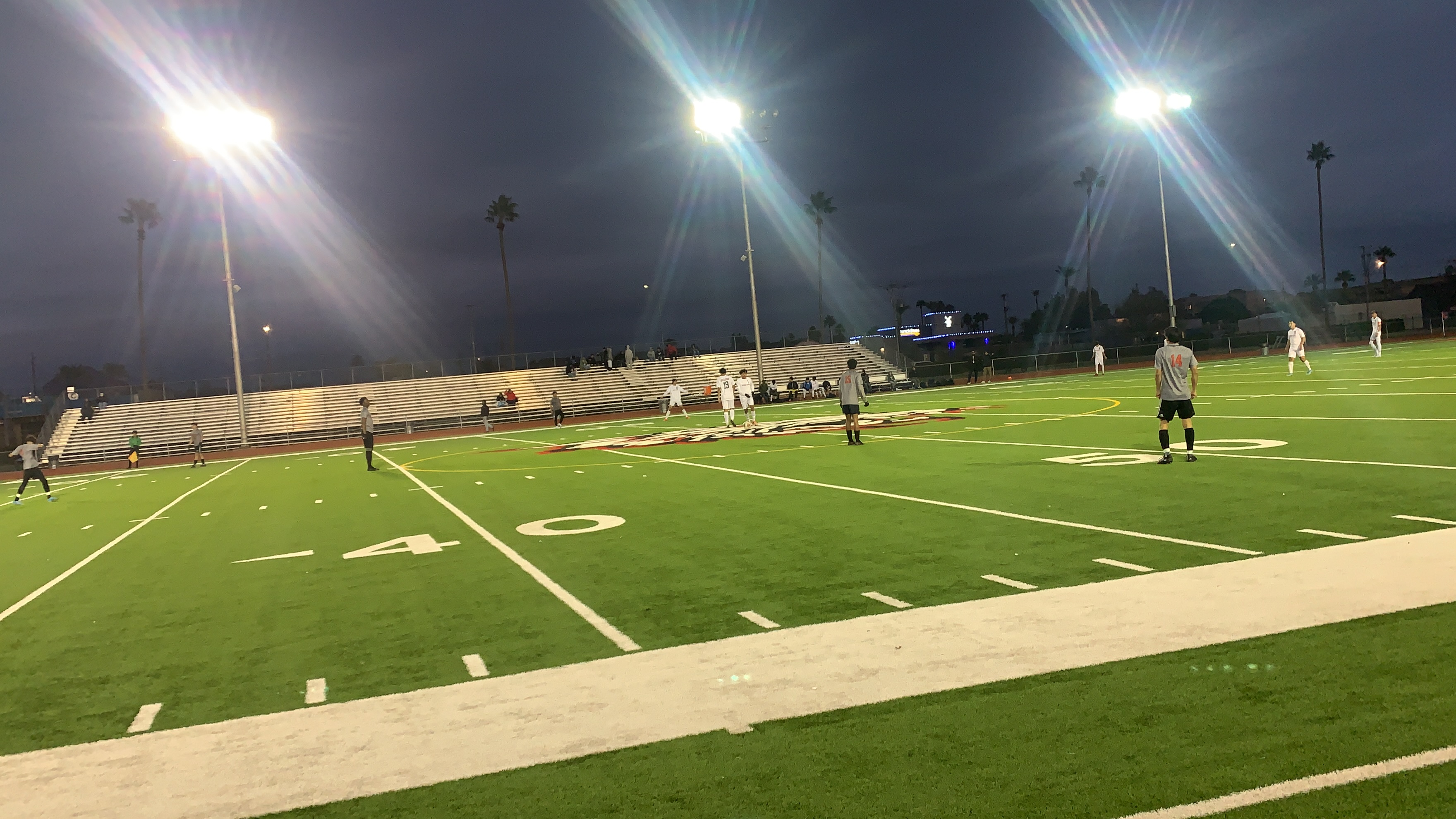 No. 24 Central recorded a crucial 4-3 victory over No. 9 Sierra Linda in extra time on Monday behind a hat trick from Bobcats striker Ismail Foza.

Foza’s second goal was remarkable, slaloming past several players before slotting the ball past the keeper to make the game 3-3 with four minutes left.

Fozza had the confidence in himself to know he could be a game-changer.

“I thought everyone was tired so I was like let me just finish myself,” Foza said. “I’m just gonna do it because I can. I’m fast, I’m strong, I can do it. I saw how their defense was playing and I thought, yeah I can do it.”

Central coach Dylan Beasley had impressed on his team the importance of the game before the kick-off, and they started strong, despite temperatures in the mid-40s. They built up tidily in midfield and found Foza over the top for a few one-on-ones which he could not quite convert. Central simply did not let Sierra Linda out of their own half and pressure was building

The chances kept coming for Central, but they couldn’t quite execute. Beasley was impressed with several aspects of his team’s play.

“The plays with Bryan Pulido, the plays with Nsababera, sending it up the wings I felt went well,”  Beasley said. “The build-up play in the midfield with Viktor and Balter all just mixed well together for a good team win.”

Sierra Linda was not going to let themselves get rolled over, however. They managed to exert more influence on the game as the half went on, and equalized through a stunning bit of skill in the 28th minute. They worked the ball down their left wing and found Alejandro Aguirre on the edge of the box, who sidefooted the ball through a mass of players into the bottom right corner.

The half ended 1-1 with the game balanced on a knife edge.

As the half went on, the game became increasingly end-to-end as players tired. Both teams had several chances go begging, and both sets of defenders had to execute last-ditch tackles or blocks. The weather also made the game tough for the players as it approached the low-40s during the second half.

The Bulldogs thought they had equalized from a corner in the 62nd minute, but the referee ruled it offside after a few confusing moments where it was unclear whether the goal had been given.

Despite the waves of pressure the Bulldogs were applying, Central still had an outlet in Foza, who created a golden chance for Bryan Pulido Hernandez who was one-on-one with the keeper, but his shot was well saved.

Beasley had nothing but praise for Foza after the game.

“I have to give the man of the match to Izzy,” Beasley said. “He was the only reason we were 3-3 at the end there. If it wasn’t for him I don’t think there would have been as many goals.”

With 10 minutes left in the game, Sierra Linda finally scored, which precipitated a wild end to the game. Valentin Mushimiyimana was found over the top, and he finished smartly over the on-rushing Christopher Fontes to make the game 2-1 Sierra Linda.

Two minutes later, Central won a corner. Zelayandia crossed the ball in and it was met by Pulido Hernandez’s head. The ball went into the top right-hand corner to make the game 2-2.

Three minutes after that Sierra Linda regained the lead. Mushimiyimana received the ball in the box, turned his defender, and slammed the ball into the net to score his second of the game.

Central was down 3-2 with four minutes left.

Only a minute later, Foza equalized, scoring a wonder goal. It looked as if the game was heading to extra time, but Mushimiyimana found himself free in the penalty box, dribbled past the keeper, and shot at an open net, but it was cleared off the line by Viktor Zelayandia.

That was the last kick of regular time. It was going to extra time.

Central had been in a similar situation two weeks ago against North Canyon, and eventually lost that game, 6-4. However, this time was different.

“We remembered how we lost against North Canyon and we didn’t want to lose two times in overtime, so we were playing hard,” Foza said. “We didn’t give up.”

Eight minutes into extra time, Alfredo won the ball in midfield, dribbled forward, and sent the ball through to Foza, who finished well to make the game 4-3 Central and complete his hat trick.

Sierra Linda had one more chance from a free kick that Elias Byumbuka deflected wide, but could not sustain pressure after 90 minutes of playing in the cold, and Central won 4-3.

This was a significant win for Central in the context of their season, as it ended a two-game losing streak.

“I’m glad we won today because if we would’ve lost or drawn it would’ve been a very tough climb, but today showed us that we’re able to beat these teams that are ranked up top,” Beasley said. “I think a good push is on its way.”

Foza chose to offer a more ominous warning for the other high schools in 5A boys soccer.