Dobson rolls to seventh win in a row 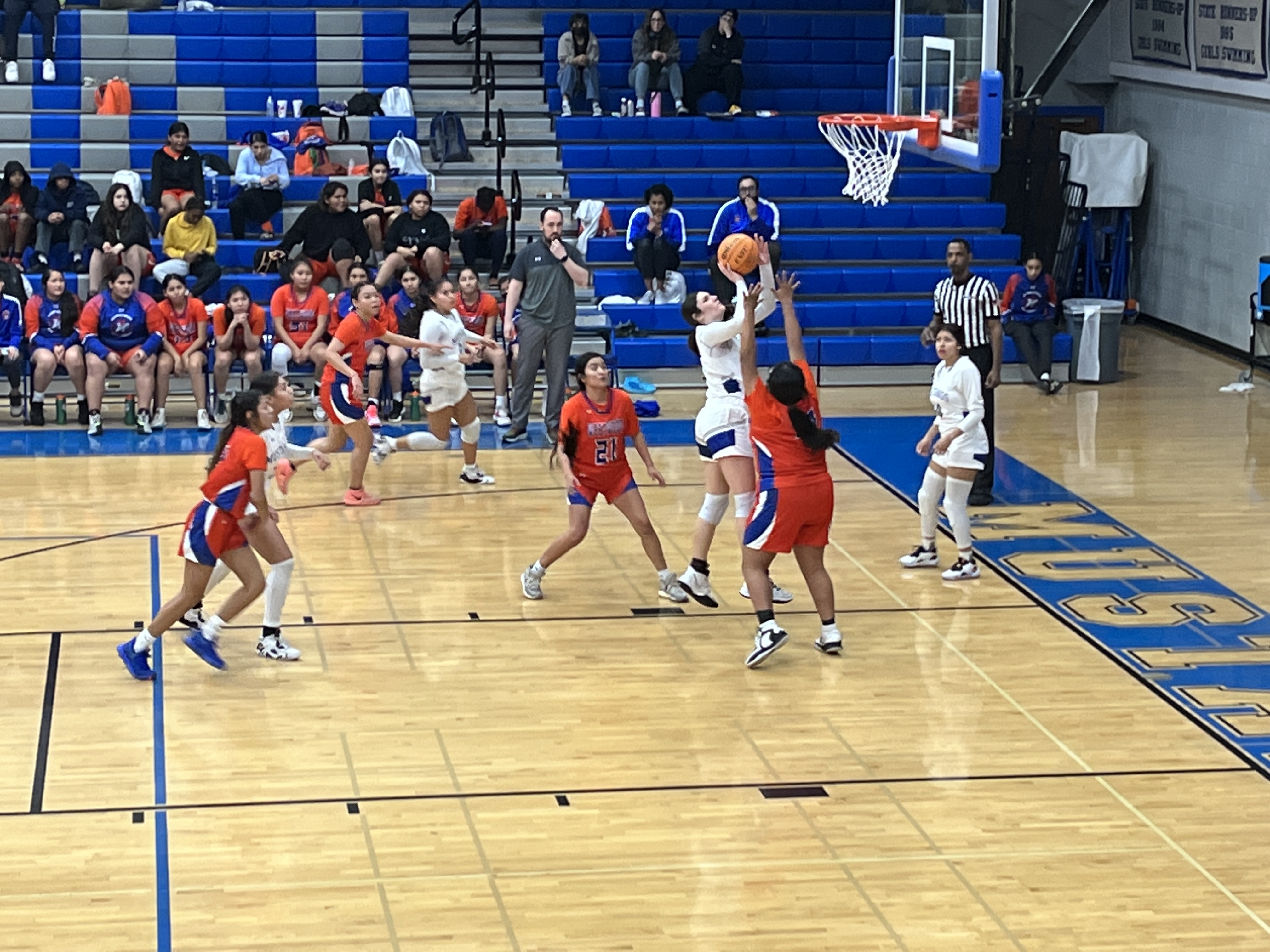 Dobson's Isabella Jensen on her way for two points in Mustangs' 47-30 triumph over Westwood on Tuesday night. (Azpreps365 photo)

Dobson girls basketball kept its perfect 6A East Valley Region record intact Tuesday night. It used a strong start and decisive run late in the third quarter to knock off Westwood, 47-30 at Dobson.

Dobson, ranked #7 in the current 6A power rankings, improved to 15-6 overall and 6-0 in region. The Mustangs won their seventh game in a row and have defeated every team in the region once (Mountain View twice). #11 Westwood fell to 11-9, 3-2.

Senior guard Aaliyah Garcia scored 11 points - all in the first half that saw Dobson lead 23-14 at intermission. Tying Garcia for team-high scoring honors was junior forward Isabella Jensen. Jensen netted eight of her points in the second half. A 9-0 run the final two minutes, 20 seconds of the third period allowed Dobson to increase a 27-23 lead to double digits to begin the fourth. Dobson scored the first two baskets of the fourth to lead 40-23 and that was that.

Dobson's Jaziah Billey and Ahdiayh Chee checked in with eight points each. Billey connected for all her points in the second half and Chee six of her eight. Senior Kristine Scabby paced Westwood with a game-high 12 points.

Next up for Dobson is its second region meeting with Mesa (5-1 region.) A Mustangs win in that one and they likely will be region champs. Dobson won the first meeting, 36-35. Westwood plays two more region games this week -- Thursday and Friday. Thursday the Warriors host Mountain View and Friday they travel to Skyline.