This is Gator land.

That’s what a sign on a fence said, and, so far, the Xavier Gators do seem to own the sand volleyball courts at the Victory Lane Sports Complex in Glendale. That’s because the Xavier girls swept the state championship matches in the pilot sport again.

“You really saw the progression in the kids who played on last year’s team,” Xavier coach Matt Rogers said.

Xavier’s team was comprised of players who play indoor as well as players who strictly focus on sand volleyball.

Fountain Hills (8-2) lost its only matches to Xavier this season.

“Overall, I was really happy with the way with played,” Fountain Hills’ first-year coach Brennan O’Connor said. “We won most of our matches either 5-0 or 4-1.”

More sand volleyball programs are expected to participate next season, including five teams from Tucson. 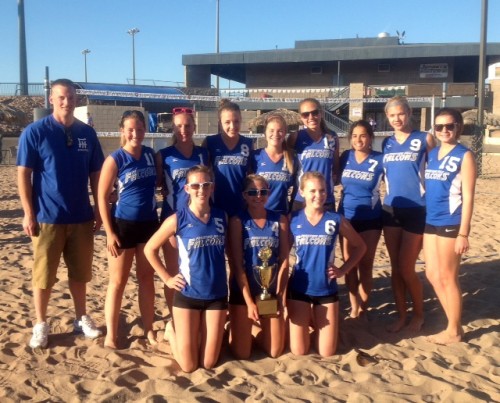