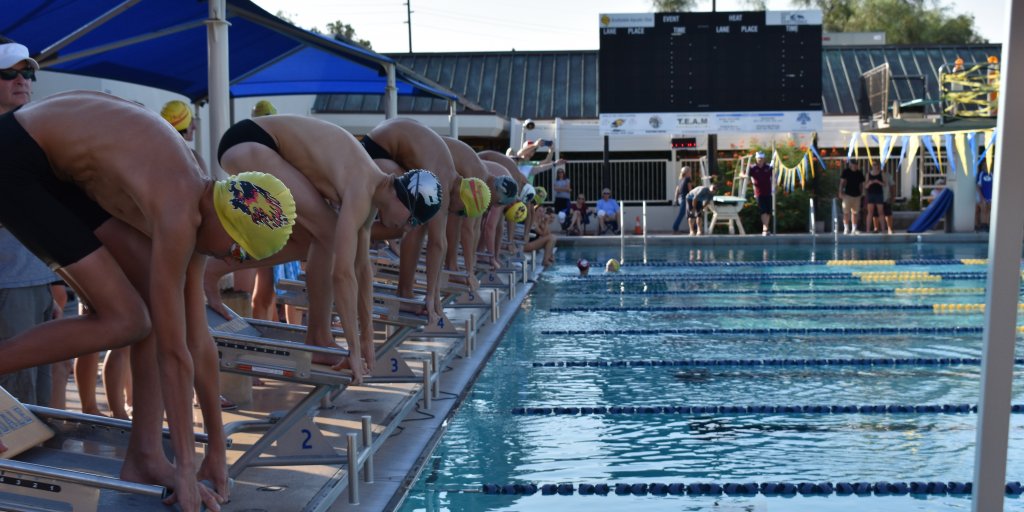 Despite the vast difference in scores, the meet remained competitive in nature throughout.

The Firebirds boys started the meet off with first and second places in the 200-meter medley relay, with winning times of 1:43.1 and 1:48.0, respectively. The Wolves finished third in the race, coming in at 1:51.88.

In the boys' the 400-meter freestyle relay, the Firebirds featured a team of Matthew Leblanc, Rick Popper, Tyler Best and Acheson. The relay team managed to finish in 3:24.02, ahead of Desert Mountain at 3:30.12.

The Wolves finished first in the 200-meter freestyle relay, the 100-meter butterfly and the 200-meter individual medley. The closest race of the day was the boy’s 50-meter freestyle. Freshman Popper claimed first place with a time of 22.5 seconds, trailed by Chaparral junior Daniel Simmons, finishing iin 23 seconds flat.

On the girls’ side, the Firebirds swept the 200-meter medley relay with first-, second- and third-place finishes, with the first place time being 1:50.00. Freshman Ashley Strouse won the 200-meter freestyle in 1:53.6, closely followed by senior Kelly Huffer, with a time of 1:55.0.

Another standout swimmer of the day was freshman Greer Pattinson, who placed first in the 100-meter backstroke with a time of 58.5 seconds. Pattinson finished more than two seconds before the second-place swimmer. Pattinson also won the 50-meter freestyle and helped her team win two relays; the 400-meter freestyle relay as well as the 200-meter medley relay.

"Swimming at the varsity level as a freshman is competitive, but I’m pushed to swim my fastest when the competition is good,” Pattinson said.

The girls diving competition was also won by the Firebirds. The Firebirds earned the top three places. Mia Walters placed first with a score of 216.25. Bella Poroshe clinched second place with a score of 205.4 and third place went to Chaparral’s Reaney Preston with a score of 199.55. Desert Mountain earned two points for Zoe Randall’s fourth-place finish. Randall’s dive scored 154.9 points.

Chaparral boys and girls swim and dive teams are coached by brothers Richie Krzyzanowski and Russell Krzyzanowski. Richie swam at Grand Canyon University for four years while completing his Bachelor’s degree. While at GCU, Krzyzanowski was an NCAA All-American swimmer.

Krzyzanowski said he was proud of how competitively both his boys and girls’ teams swam at the meet. When asked what gives the Firebirds their competitive edge, Krzyzanowski said, “The meets are the time to showcase what we’ve worked on in practice. We’ve been working on our speed and more importantly our endurance during practice."